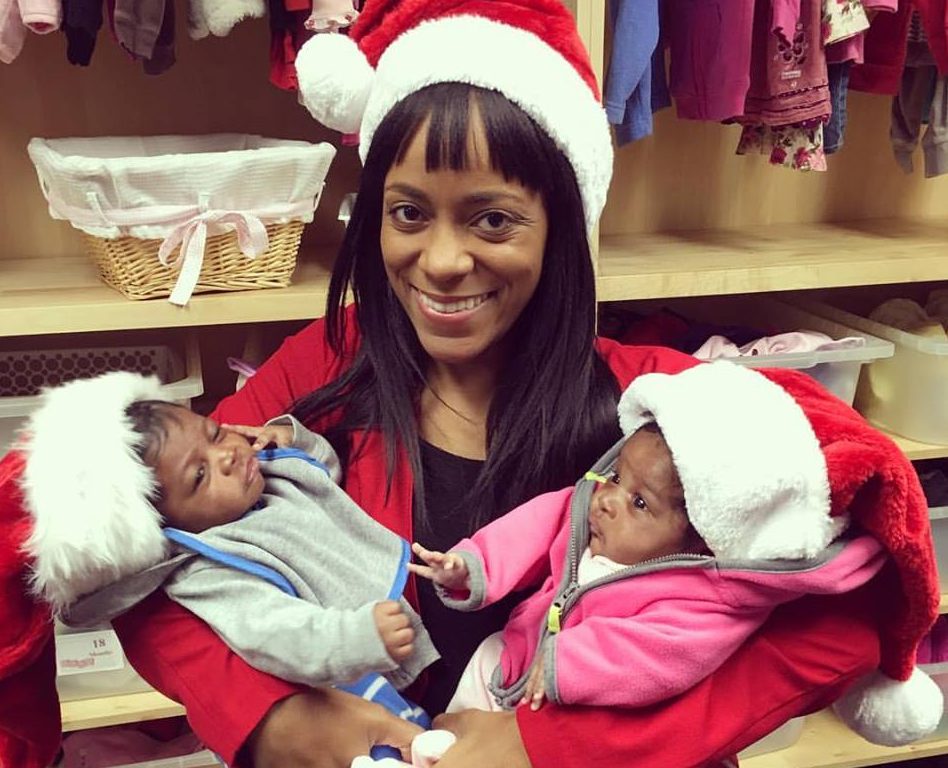 As a Client Services Manager at the ABC Women’s Center, I often take calls from women making pregnancy decisions. Some will call because they are in need of a free pregnancy test or an ultrasound with our sonographer to diagnose their pregnancy.  We receive calls from women wanting to place their babies for adoption and others needing material resources and parenting classes. We strive to treat every client with dignity, respect, honor and compassion.

Sara* called our pregnancy resource center on a Thursday. She told us she was pregnant, undecided about continuing her pregnancy, and wanted to talk about her options. We scheduled an appointment for the following Monday. When Sara came into our Pregnancy Center for her appointment, I realized something had changed from the last time we talked.

On our previous phone call, she expressed being torn between choosing to abort or parent. However, when we sat down to talk, she said right away that she wanted to parent. I asked her how she came to that decision and what, if any, factors played a part in her choice. Sara told me that she had an ultrasound at her doctor’s office which revealed she was pregnant with twins. She had children at home and she felt she couldn’t have another baby, let alone twins. Her boyfriend had recently broken up with her and she was lacking significant family support.

Unbeknownst to me, she scheduled an abortion appointment on the weekend before she was scheduled to come to our pregnancy center. She had planned to go through with the abortion and we would have likely never seen her after that.

The morning of her appointment at the clinic, Sara felt an emotional weight upon her shoulders. She felt sick on the inside as she thought about her abortion. The intense feelings were a sign to her that she couldn’t abort her twins. In the quiet of her home, she made a decision to cancel her scheduled abortion. Sara told me as soon as she decided to cancel her abortion, a sense of relief washed over her. In an instant, all of the emotional weight was lifted off of her and she felt free.

The staff and volunteers at the ABC Women’s Center walked with Sara through her pregnancy. We gave her a brand new crib and connected her with individuals who gave her a beautiful baby shower. Sara joined our parenting program, which allows her to receive education and material resources through her pregnancy, until her twins are two years old. Sara told me recently, “I don’t know if I would have been strong enough to go through this without you guys at ABC.”

This holiday season, Sara came into ABC Women’s Center to pick up brand new Christmas toys for her children. She brought along her precious twins, a boy and a girl. It was my first time seeing them and I was overjoyed. As I held her little girl I began to weep. I thought back to the first time I met Sara. The tears begin to fall as I remembered all the struggles she endured to choose life for her babies.

Since it’s close to Christmas, I was wearing a Santa hat as I gave out presents. I wanted to take a picture of Sara with her babies but she insisted I take one with them instead. We decided to dress up the babies in Santa hats just for fun. Sara stood near and we snapped a few shots. She wanted me to send them to her and I asked if I could put one on my Facebook profile along with a snippet of her story. That picture has now become the most shared post on my Facebook profile in all of 2016. People asked me to make it public, and since then, I’ve received nothing but positive feedback. 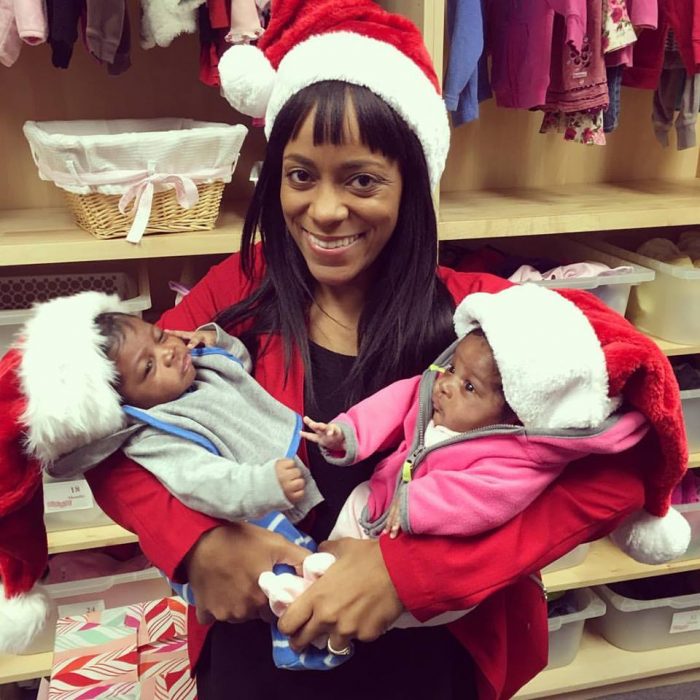 The author, Christina, with her client’s twins

This Christmas, Sara has a full and happy heart. Her beautiful, healthy twins are the light in her life. I cried when I saw them, and Sara told me she did the same for weeks after they were born. They bring her joy, and she is deeply grateful to have them.

Sara’s story embodies one of the phrases ABC Women’s Center stands by: ‘Hope is stronger than fear.’ Sara was anxious and alone, yet in the midst of her pain, she chose to parent and believed for the best.

Here’s to a very Merry Christmas for her and her beautiful family.