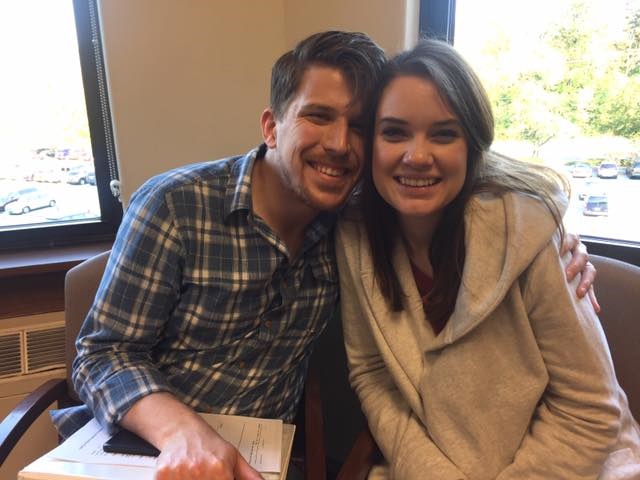 At their 20-week ultrasound, Josh and Kelli Shook learned that their preborn son Jude had a rare condition that would cause him to die at birth. They were devastated, but held onto their faith, and after deep prayer, they received new hope for their son.

In November, Josh’s parents, Kerry and Chris, shared their heartbreaking news with their Facebook fans.

“The doctor gave them the option to terminate the pregnancy but they have chosen to fight for Jude’s life, no matter the length,” wrote Josh’s parents. “We know at this time that medically the outlook for Jude is not good. But we also know that only God has the final say and we believe He still works miracles.”

Now, Josh and Kelli Shook have updated their followers with more details about their frightening situation.

“The doctor told us that our son Jude is missing his left kidney and his right kidney is multi-cystic and dysplastic which means that it’s enlarged and non-functioning, and that he has essentially no renal function,” explained Josh Shook in the video.

Without any renal function, there was no amniotic fluid to not only support Jude in the womb, but allow him to grow. Without amniotic fluid he would not be able to practice breathing and his lungs would not develop.

A follow-up ultrasound with a high-risk OB confirmed the diagnosis. Josh Shook explained that there was “basically no chance that Jude would be able to survive after he was born. That after the umbilical cord was cut he would be unable to breathe or get the oxygen he needs.”

Wanting to make the most of the time they had with their son, they prayed that God would give them a way to make him comfortable while inside the womb. Since these prayers were said and thousands of others joined in prayer for Jude, the couple says they have experienced “miracle after miracle.”

“So we went to several doctors and amazingly ended up here in Cincinnati at Cincinnati Children’s Hospital where now I’m getting amnioinfusions which is a fancy word for saying they’re putting saline in around Jude so that he can have room to move and he can breathe it in and learn to breathe so that when he’s born his lungs will function,” said Kelli Shook.

While the couple wasn’t expecting to be in Cincinnati for Christmas, they are grateful that they are because the hospital and doctors there are doing everything they can to save Jude. They say Christmas has taken on new meaning for them because Mary and Joseph were in an unforeseen, unplanned situation, just as they are now.

“I see how the Lord is using this, and He always does. He uses the most painful and difficult and hopeless situations to bring glory to His name and to bring hope to His people,” said Josh Shook.

The research Jude is participating in not only has the potential to save his life, but the lives of countless other children who are at risk of death due to low amniotic fluid. Congresswoman Jaime Herrera Beutler’s now three-year-old daughter was also diagnosed with a condition in utero that caused low amniotic fluid. After Beutler refused abortion, another parent put her and her husband in touch with a doctor who was willing to try amnioinfusion, and this intervention saved little Abigail’s life. Below is a picture of Abigail with her parents and baby brother.

Zana Wing Yau Gray’s son died shortly after birth due to low amniotic fluid caused by non-functioning kidneys. In the future, however, children like him may be able to survive after birth, thanks to babies like Jude, Abigail, and their parents.