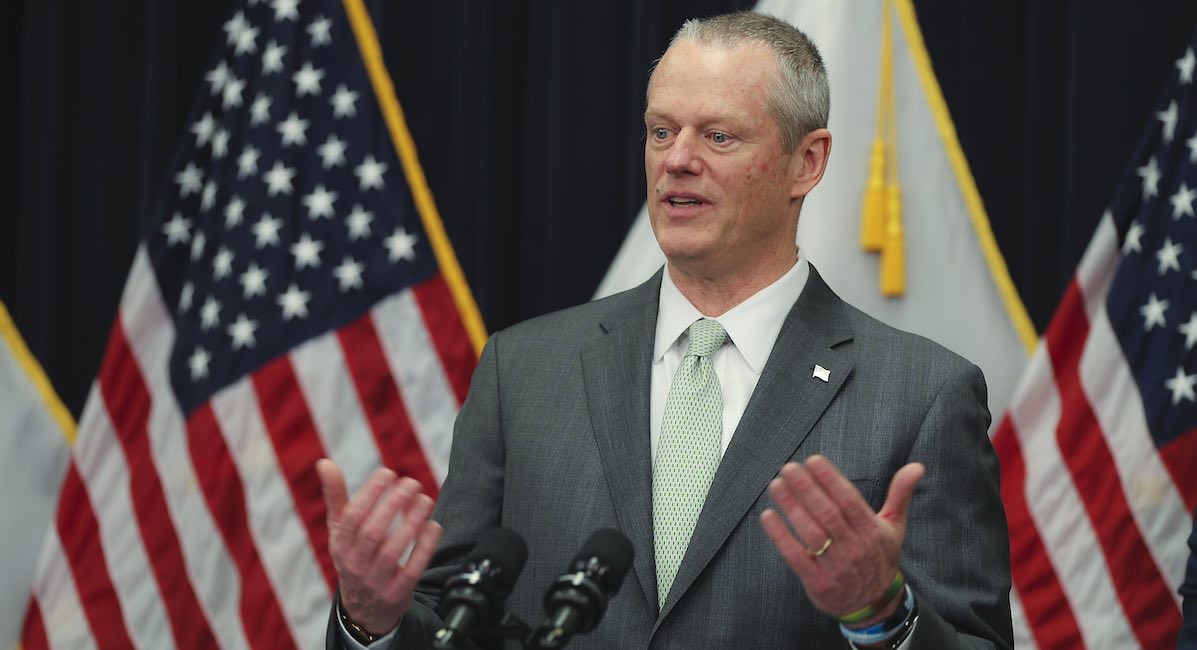 Massachusetts Governor Charlie Baker approved the state’s $46 million budget on Friday but removed portions of the included proposal to expand abortion access in the state.

“These are important changes to protect a women’s reproductive rights and autonomy in the commonwealth, and I support them,” Baker wrote about the abortion amendment that included allowing abortion after 24 weeks when the baby receives a fatal diagnosis. “However, I cannot support the other ways that this section expands the availability of late-term abortions and permits minors age 16 and 17 to get an abortion without the consent of a parent or guardian.”

The pro-abortion amendment to the state’s budget proposals from the House and Senate aims to codify abortion into the state law and in addition to allowing abortion after 24 weeks for “fatal fetal anomalies,” it would lower the age required to undergo an abortion without parental consent or judicial bypass from under 18 to under 16. It would also remove the language of current state law that requires doctors to attempt to save the life of a newborn abortion survivor.

The amendment was based on the ROE Act, which failed to gain momentum for more than a year.

READ: Governor Baker, you should veto the Massachusetts ROE Act. Here’s why.

Baker’s recommendations included leaving the age of the parental consent law at 18, but allowing only one parent or guardian instead of two to consent to the abortion (as the law currently requires). He also proposed changing the language surrounding late-term abortions. The version of the budget that the House and Senate passed states that abortion would be allowed after 24 weeks “if it is necessary, in the best judgment of the physician, to preserve the patient’s physical or mental health.”

Baker wants to see that wording changed to state, “if a continuation of the pregnancy will impose, in the best medical judgment of the physician, a substantial risk to” the patient’s physical or mental health.

In addition, Baker would impose penalties on abortionists who violate the abortion law after 24 weeks, including facing the loss of their medical license and a fine of up to $15,000. Fines would also be imposed on any abortionist who fails to maintain life-saving equipment.

Though Massachusetts legislators were initially warned by House Speaker Robert DeLeo not to use the annual budget to advance major policy changes, he made an exception for the pro-abortion amendment after the Supreme Court appointment of Justice Amy Coney Barrett.

It’s important to note that abortion — the direct and intentional killing of a human being in the womb — is never medically necessary to save the physical life or health of the mother. In addition, the diagnosis of “fatal fetal anomaly” varies based on the doctor making that diagnosis. Children with conditions often considered “fatal” such as Trisomy 18 are living happy lives with proper medical care.

Massachusetts lawmakers can now agree to Baker’s proposed changes, make further amendments, or send the original budget back to the governor. Since the House and Senate approved the budget with a two-thirds majority, there would likely be enough votes to override a veto by Baker.