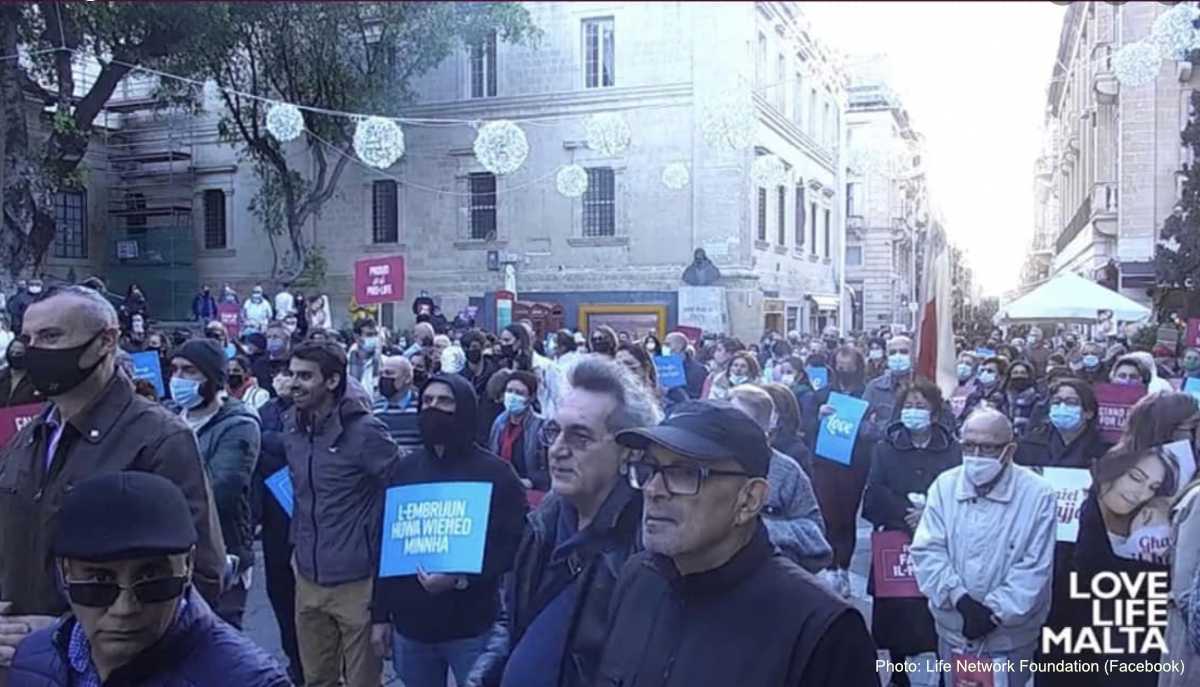 On Sunday, the Life Network Foundation hosted a March for Life in Valletta to promote the sanctity of human life, appealing to authorities in Malta and overseas to protect the preborn. As Live Action News has previously reported, the predominantly Catholic country is the only member of the European Union where abortion is illegal, making exceptions for cases where the mother’s life is in danger.

Independent MP Marlene Farrugia, however, made it clear back in May that she wants to decriminalize abortion in the country, relying on similar arguments used to legalize abortion in the U.S. under that guise that decriminalizing abortion somehow makes it safe. Farrugia referred to the pervasive “coat hanger” claim in her reasoning, though in fact it was largely physicians who committed illegal abortions in the United States. “[Decriminalized abortion] should be there, so that you can do it in a decent, medical way,” Farrugia claimed. “So you don’t have to traumatize yourself in the process; so you don’t have to end up doing it yourself, on your own, with a coat-hanger.”

At the same time, Farrugia also appeared to acknowledge the horror of abortion itself, citing sex education and easy access to birth control as a way to reduce the demand for it. Even if Farrugia’s position stems from a sense of compassion for women, proposing violent solutions is not the answer to helping a woman through a challenging pregnancy.

Abortion deliberately ends the life of an innocent human being. Instead of treating women and their children like the problem, society should strive to welcome every life, not designate some lives for destruction while selectively sparing others.

In response to Farrugia’s proposal, Life Network Foundation called it “a blatant attempt to introduce abortion into Malta, allowing every pregnancy to be terminated by a mother or medical professional, and the baby in the womb destroyed.”

“[O]nce again we’re here for the March for Life after having cancelled it because of Covid… we’re here to convey the message that we [must] continue safeguarding life from conception,” Sciberras said in a statement to Newsbook.com.mt.

Citing the testimony of a woman who was initially abortion-minded before giving birth to a baby boy, Sciberras admitted during the march that some pregnancies may be difficult. But the chairperson declared that “we must help these people fight off the problem, not by eliminating life, but by being there for them and offer a network of help and solidarity that they find it easy to choose life… which is always better than choosing death.”

The Life Network Foundation offers assistance to pregnant women facing an unplanned pregnancy or an adverse prenatal diagnosis. In addition, the organization also provides resources to women seeking healing after an abortion.

Instead of championing abortion, Sciberras called for politicians to “note that life is cherished by each and everyone of us and it is a priority for us.”