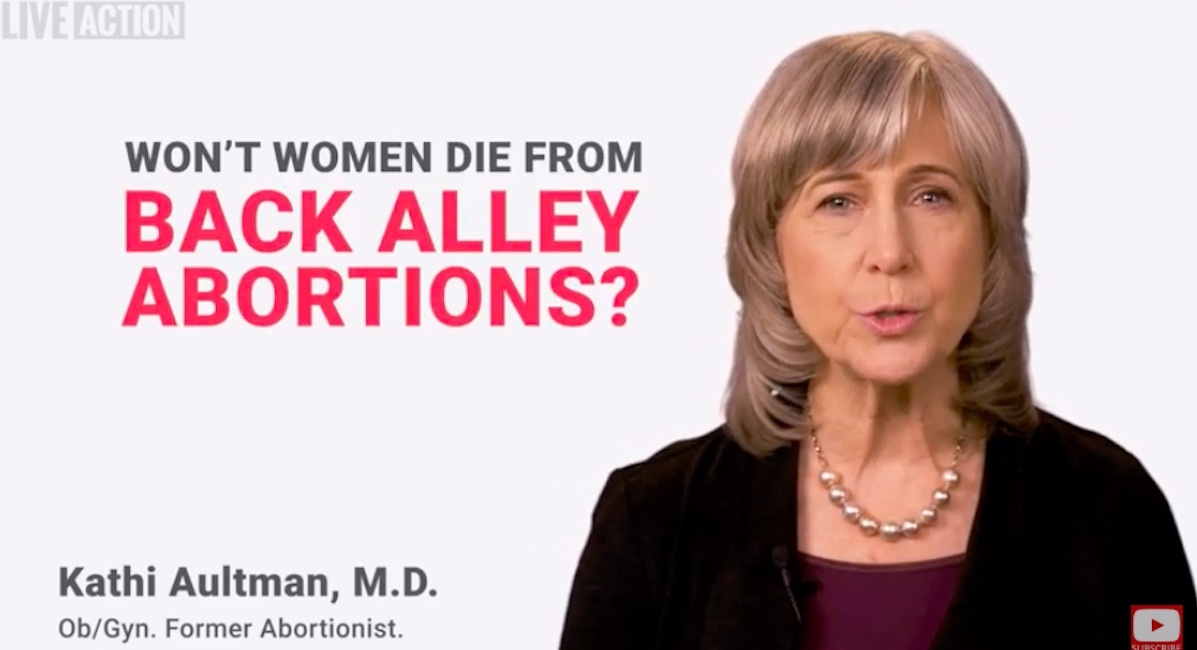 The latest video in Live Action’s “Pro-Life Replies” series was released today in response to the claim that “if abortion is made illegal, women will have dangerous back alley abortions.” The argument from many abortion advocates is that society will never get rid of abortion entirely, and if it’s illegal it will be unsafe — and therefore, they say, we need to keep abortion legal. This argument is severely lacking for several reasons, one of which is the fact that making anything illegal rarely stops that action altogether. Murder and theft are illegal, but homicides and burglaries still happen — and that’s because protecting life and protecting citizens’ private property are two important roles of government.

As for multiple other reasons why this argument is deficient, we turn to former abortionist and one-time Planned Parenthood medical director Dr. Kathi Aultman, who explains in the video below:

Dr. Aultman states that she “used to perform first trimester suction abortions and second trimester dismemberment abortions” before she became pro-life, because she “felt I was doing something good for women.” She states that she also “used to think that legal abortion was necessary to protect women from the dangers of illegal abortion.” Aultman even admit to having had an abortion herself. But something changed her mind, and now she is speaking out.

There is no such thing as a “safe abortion”

Dr. Aultman says that abortion harms women and kills children, and because of this, it cannot be safe. “One person is killed, and the other is at risk for serious complications, including death.” Aultman is correct. Complications from abortions — even those in the first trimester — can include a perforated uterus, hemorrhaging, and possible life-threatening infection. See more information here.

“The truth is that whether it is legal or illegal, abortion poses long term physical and emotional harm for women, including an increased risk of suicide, future infertility, pregnancy loss, and damage to her internal organs,” says Dr. Aultman. “Women still die from legal abortion today. Tonya Reaves and Cree Erwin are two women who recently died from legal abortions at Planned Parenthood.”

Read more about Tonya and Cree, and watch the video below, in which Cree’s brother speaks about her death. At the end is a very long (yet not complete) list of women who have died from legal abortion in the United States. 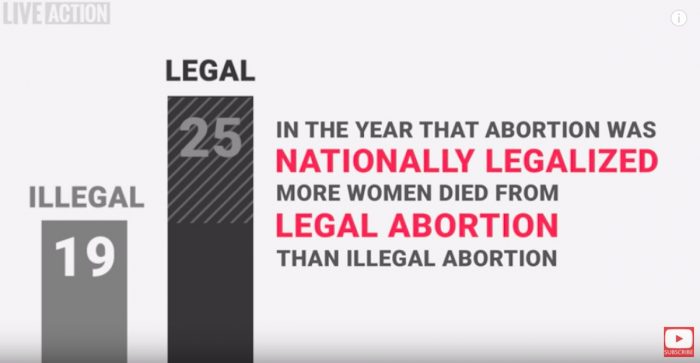 Autlman points out that “legalizing abortion did not make it less deadly for women. From the 1940’s to the 1970’s, deaths of women due to abortion rapidly declined because of better medicine and increased use of antibiotics, not because abortion was made legal.”

Many — including Planned Parenthood president Leana Wen — have tried to claim that thousands of women died every year from illegal abortions prior to Roe v. Wade, which legalized abortion in all 50 states. But this claim was actually based on a fabrication by former abortionist and NARAL founder Bernard Nathanson, who claimed the figure was 5,000 to 10,000 women per year. “I confess I knew the figures were totally false,” he admitted in his book, Aborting America, after he converted to the pro-life position. In addition, the Washington Post Fact Checker recently gave Wen’s claim that thousands of women died yearly from illegal abortions Four Pinocchios.

The bottom line, says Dr. Aultman, is that abortion kills human beings and does potential physical and emotional harm to mothers. Legalizing it hasn’t made it safe.