It is important for the pro-life community to understand indicators of human and/or sex trafficking, which can include multiple abortions or miscarriages. Many pro-life advocates may be on the front lines when a woman is being trafficked. It is also imperative that the pro-life community understand and educate law enforcement and our communities on how abortion facilities, including Planned Parenthood centers, often fail to protect those who are trafficked by covering for the abusers and by not reporting in accordance with the law. When a woman is trafficked, she may become pregnant multiple times and may be forced to abort or made to miscarry, according to experts who work in organizations aimed at ending human trafficking.

Live Action News has documented some of the tragic cases in which Planned Parenthood has covered for child sexual abuse. Just a handful of the horrific cases were highlighted in our most recent Aiding Abusers video series. Watch below:

In addition to numerous pregnancies, miscarriages, or instances in which women are forced to abort, another indicator of sex trafficking is seen when an older boyfriend or unrelated adult accompanies a young person or female. This adult can be male or female, as many traffickers use older victims under their manipulative and coercive grasp to accompany teens in public. In addition, experts have discovered that frequent use of emergency contraception (such as PlanB or the morning after pill), which can be purchased over the counter or at a Planned Parenthood, can also be a sign that a child is being exploited.

Additional indicators of commercial sexual exploitation of children (CSEC), documented by Jordan Greenbaum, MD, — who works with victims of suspected physical/sexual abuse, neglect and sex trafficking — and colleagues, published by the Academy of Pediatrics, include:

In the video below from the Dr. Phil show, a trafficked woman claims she was “allowed to get pregnant because men paid for that.” She also claims she had “several abortions” and “had three that survived.” She stated that after she had her babies, “they were taken away” and she was only allowed to see them as a reward.

According to a report by Northwest Georgia News, Dr. Greenbaum told an audience at Georgia Northwestern Technical College recently, “If a health professional suspects a patient is being trafficked — by picking up on certain indicators such as overdoses, suicide attempts, numerous abortions or sexually transmitted infections — it is important for them to proceed carefully in asking questions of the patient in a safe, one-on-one situation.”

The article goes on to point out:

Medical providers may encounter CSEC victims in emergency departments, family planning clinics (including Title X clinics), public clinics or private offices, urgent care centers, or institutional settings. Medical care may be sought for a variety of problems, including sexual assault, physical injury, infection, exacerbations of chronic conditions, complications of substance abuse/overdose issues, or pregnancy testing, contraceptive care, and other reproductive issues…. Some victims have access to medical facilities for routine testing for sexually transmitted infections (STIs), contraceptive care, and general health care, but others have limited or no access, seeking care only when their conditions are severe….

In addition to the typical elements of a medical history, information may be sought regarding whether the youth has a regular source of medical care or a medical home and his or her immunization status, reproductive history (STIs, pregnancy/abortions, anogenital trauma, number and gender of sexual partners, age at first intercourse, condom use, etc), history of inflicted injuries related to CSEC, physical abuse or dating violence, substance use, and history of mental health signs/symptoms.

An undercover investigation conducted by Live Action at several Planned Parenthood facilities revealed just how much more empathetic Planned Parenthood was toward the actor posing as a “pimp,” than the young girls for whom he was allegedly seeking care.

Below is a compilation reel of that investigation:

After viewing the Planned Parenthood video my first thoughts were of the victims I have served over the last 8 years. Specifically, the women and girls — their horrendous statements of rape, gang rapes, torture, branding, starvation, extortions, assault and their reports of repeated forced abortions and miscarriages due to the trauma they received. I have often wondered where these multiple abortions took place and how medical professionals had not seen the extensive trauma to their bodies, spirits and souls.

According to Laura Lederer, former Senior Advisor on Trafficking in Persons for the U.S. Department of State and the founder of the anti-trafficking non-profit Global Centurion, sex trafficked victims are often forced to abort. According to a report by Genevieve Plaster, a research assistant at Charlotte Lozier Institute, Lederer once testified:

55% of the women surveyed had at least one abortion, and 30% had multiple abortions during the time of trafficking. Of these, more than half responded that the abortion was not their choice, and many responded by saying that the pressure from pimps to continue the trade did not allow for the time to carry a baby. 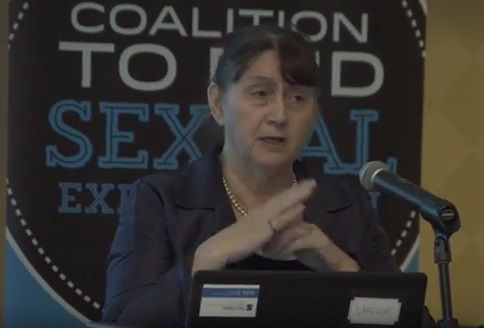 One such case involved one of the largest human trafficking rings in the United States, run by Maximino “Chimino” Mondragon. This modern-day slave owner held as many as 120 women captive, forcing them to work off their smuggling debts. 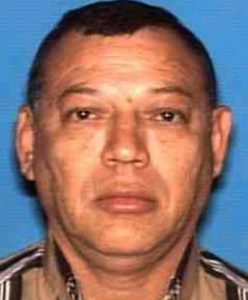 According to the Houston Chronicle, “Some of the women were raped and forced to have abortions.” The paper reported:

Chapuseaux, an investigator on the local human trafficking task force, lives with the images from the Mondragon case. He has a picture of a stillborn baby born at a Houston hospital, perfectly formed at five or six months, the result of the abortion-inducing drugs. He said he struggles with the memory of a 17-year-old Salvadoran girl who was purchased from the Mondragon ring by a source working for investigators. She was raped on a mattress in a room behind the bar before the source could pick her up, Chapuseaux said.

Mondragon and his co-defendants worked with Walter Alexander Corea, an admitted smuggler, to bring the women to Houston and force them to work in cantinas on the northwest side, including Mi Cabana Sports Bar, El Portero de Chimino Bar and Huetamo Night Club, prosecutors said. If a customer just wanted a beer, it would cost $2 or $3, depending on the brand. But if the customer wanted the company of a girl, a Corona would cost $13, investigators said. Of that, $9 went to pay down the debt from the smuggling.

When authorities raided the apartments where the women lived on Houston’s northwest side, they found 98 possible victims, witnesses and suspects, officials said. Eventually, the number of victims in the Mondragon case grew to about 120.

Lorenza Reyes-Nunez, aka “La Comadre,” who was accused of performing abortions, took a deal with the government. The Honduran woman was accused of giving pregnant women an herbal supplement that induced abortions, often late in the pregnancies.

One woman who took the drugs in a failed abortion attempt weeks later had a baby born with a hole in his heart and vision problems, investigators said…

In a separate case, the Montana Department of Justice profiled the case of another sex trafficked victim named Adrian:

Adrian was adopted into an alcoholic, drug abusing family. At age five, she was raped by her adopted father and eventually by her adopted brother as well. She was sold by her family and forced to have an abortion at age 11. At 12, she was gang raped by her “father’s” friends in her own home. She remembers eating out of trash cans often while growing up. After Adrian’s adoptive mother and father died, her brother sold her until she was 14, at which time he sold her to a pimp.  She was able to escape at 15 and lived wherever she could. At 17, Adrian was running for her life again.

The child eventually found refuge at a safe house set up for victims of trafficking.

Victims have testified that, in some cases, when taken to abortion facilities or Planned Parenthood centers, the doctors they were taken to may have been clients of their pimps. In a recent report on trafficking victims, one victim told researchers that the reason she was taken to Planned Parenthood was because “Planned Parenthood didn’t ask any questions.”

Women and girls are often taken to abortion clinics by their pimps or a person working for the pimp, a victim of the sex trafficking industry told Facing Life Now TV. Marlene Carson who had become “trusted” by her pimp, told host Brad Mattes that she was responsible for booking abortions when a woman became pregnant and noted that, “The pimps and the traffickers would get fake I.D.’s for the girls and we would take them to have abortions.”

According to Life Issues Institute:

A hired “parent” would take girls to Planned Parenthood for abortions. Marlene says the staff would be well aware the girls were being victimized, but they consistently looked the other way to avoid losing a paying customer in the lucrative business of abortion.

When asked if abortion clinics like Planned Parenthood would turn down the abortions for the girls, Marlene replied, “Oh, no, absolutely not… honestly they had to know that these were teenagers, they were not adult women.”

Marlene said that participating in these abortions traumatized her. She recalled a 14-year-old sex trafficked victim who became pregnant and was being forced to have an abortion: “So, I had the whole house raided — she was rescued,” she said.

Couple this with the prevalence of abortion-inducing medications and potentially abortifacient emergency contraceptives, and you have created an environment in which sexual predators and traffickers can inflict additional harm on women and children by either taking them for abortions or by forcing them to abort with chemicals, beatings or other methods.

Tragically, the pro-life community has begun to understand that sex trafficking and abortion are connected: they both dehumanize human beings, and they both operate under a false assumption that humans are nothing more than property to be bought, sold or killed inside or outside the womb. In part two of this series, Live Action News will share some practical ways that pro-lifers can educate themselves and eventually identify and assist these victims in receiving freedom from captivity and from the harms of abuse and of being forced to abort their babies.