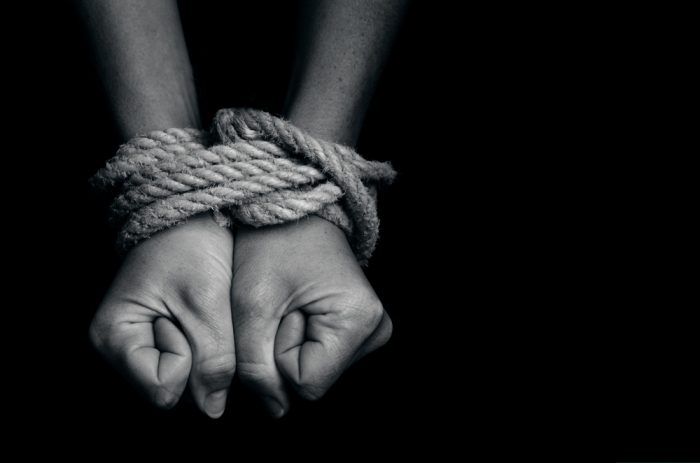 Forced abortion is most commonly associated with China and its One Child Policy. Story after story reports the tragic circumstances of women who are pulled out of their houses, forced into a clinic or hospital, and forcibly aborted – even if they are full term.

But what about forced abortion in America? Recently, Planned Parenthood’s propensity to commit forced abortions has been made known through lawsuits. Ayanna Byer’s abortion was forced and botched, leaving her with a dead baby and an endangered life. A former clinic worker has told of her experience with a forced abortion on a woman she believes was a “sex slave.”

But what else happens to human trafficking victims in the United States?

My husband recently met with a man who is trying to start a school and healing program for rescued victims of sex trafficking in Denver, Colorado. This man explained that, when the trafficked girls (many of whom are captured or lured away at the ages of 10-13) get pregnant, their pimps often beat them until they miscarry. Or, they use bleach to induce abortion.

Earlier this month, Laura Lederer – a former Senior Advisor on Trafficking in Persons for the U.S. Department of State and the founder of the anti-trafficking non-profit Global Centurion – testified before a House Subcommittee on the prevalence of abortion in human trafficking, much of it forced:

Lederer testified that forced abortion is an “especially disturbing trend in sex trafficking.” Her study shows that 55% of the women surveyed had at least one abortion, and 30% had multiple abortions during the time of trafficking. Of these, more than half responded that the abortion was not their choice, and many responded by saying that the pressure from pimps to continue the trade did not allow for the time to carry a baby. “Notably, the phenomenon of forced abortion in sex trafficking transcends the political boundaries of the abortion debate, violating both the pro-life belief that abortion takes innocent life, and the pro-choice ideal of women’s freedom to make their own reproductive choices,” she continued. 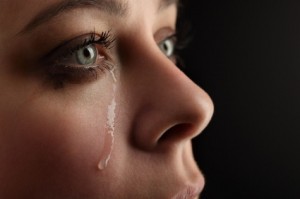 Forced abortions are commonplace in the trafficking industry.

Vednita Carter, a survivor of sexual exploitation and the founder of a shelter for trafficked women, also testified before the Subcommittee:

Carter likewise shared a personal account of another survivor: “I got pregnant six times and had six abortions during this time. I had severe scar tissue from these abortions, because there was no follow up care. In a couple of cases I had bad infections—so bad that I eventually had to have a hysterectomy.” These instances of forced abortion cover the crimes, allow for ongoing abuse, and further rob the victim of any sense of humanity as that humanity in her womb is also snuffed out.

An Elliot Institute article shares more of the despicable truth:

A 2009 MSNBC report on sex trafficking described victims being forced into abortion when they became pregnant. In 2008, Consuelo Carreto Valencia pleaded guilty to trafficking women and girls into the U.S. from Mexico and forcing them to work as prostitutes. Investigators said Valencia was the head of a prostitution ring in which the victims “were compelled to perform sex acts 12 hours a day and were subjected to beatings, rape and forced abortions.”

Steven Wagner, the former director of the Human Trafficking Program at the U.S. Department of Health and Human Services writes how forced abortions can be a “death sentence” to the trafficked girls and women:

If someone is being trafficked — which is to say, under the domination of a pimp/trafficker — she is by definition unable to provide informed consent to an abortion or to a regime of contraception. The victim has no voice in this decision. Indeed, providing such services to a victim of sexual trafficking benefits only the trafficker by getting the victim back out on the street and making money sooner.

After viewing the Planned Parenthood video my first thoughts were of the victims I have served over the last 8 years. Specifically the women and girls — their horrendous statements of rape, gang rapes, torture, branding, starvation, extortions, assault and their reports of repeated forced abortions and miscarriages due to the trauma they received. I have often wondered where these multiple abortions took place and how medical professionals had not seen the extensive trauma to their bodies, spirits and souls.

It couldn’t be more obvious that Planned Parenthood does not care about “caring no matter what” (despite their misleading marketing slogan). Planned Parenthood is concerned about money, even when it means forcing abortions on victimized women and girls.

In his article, Wagner relates the words of another trafficking survivor:

Kristy Childs is a survivor of commercial sexual exploitation and the founder of Veronica’s Voice, an organization in Kansas City that rescues victims. She tells me there have been many live births among her clients over the past 12 years, but she has yet to be asked for help getting an abortion. “Pregnancy often leads a woman to seek rescue and a new life,” she said.

Even for desperate and suffering women – like the victims of human trafficking – taking an innocent life is never the answer.

NOTE: For more information on the essential role of health care professionals in identifying and rescuing sex trafficking victims, see this article. For additional information on the connections between human trafficking, abortion, and the suffering and death of women see here, here, and here.