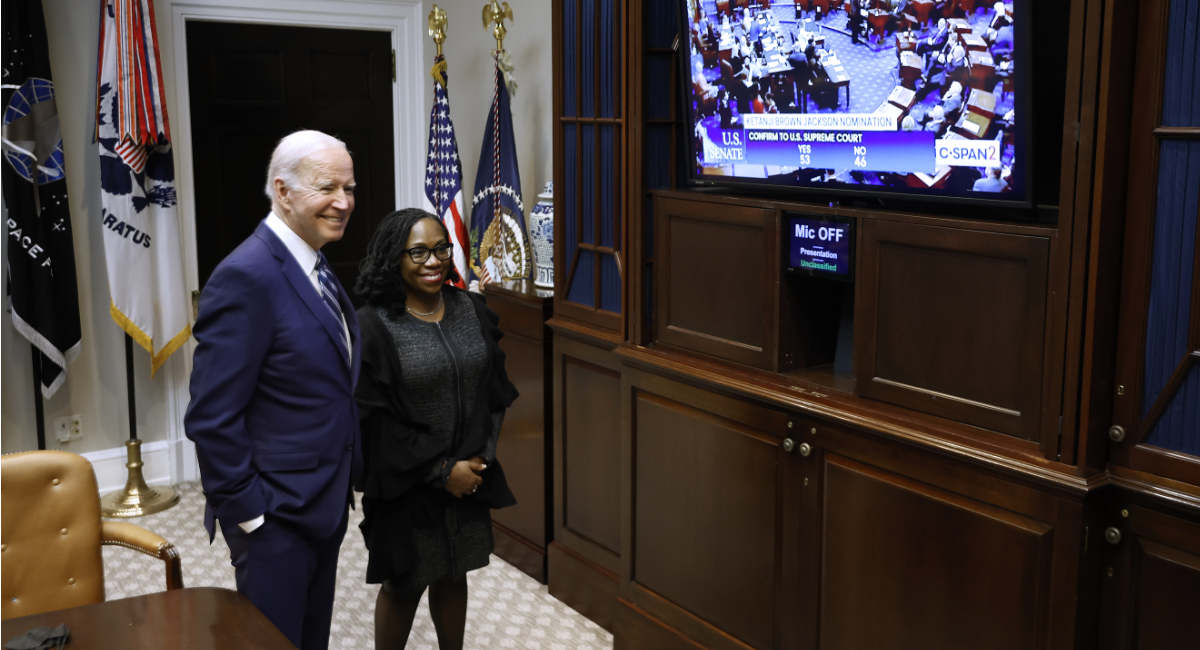 Earlier this year, Breyer, who has been a longtime supporter of abortion, announced his plans to retire. President Joe Biden had already announced his intention to name the first Black woman to the Supreme Court, and Jackson was his eventual pick. Biden tweeted that Jackson is “one of our nation’s brightest legal minds,” and will be “an exceptional Justice.”

In her previous experience, Jackson has never ruled on a case involving abortion. She did, however, co-author an amicus brief on behalf of NARAL Pro-Choice America and other groups, in support of a proposed anti-free speech buffer zone law. She also ruled against the Trump administration’s efforts to strip Planned Parenthood of roughly $200 million in funding.

During her Senate hearings, she gave her opinion on Roe v. Wade and Planned Parenthood v. Casey, calling the rulings settled law.

“Roe and Casey are the settled law of the Supreme Court concerning the right to terminate a woman’s pregnancy,” she stated. “They have established a framework that the Court has reaffirmed and in order to revisit – as Justice Barrett said – the Supreme Court looks at various factors because stare decisis is a very important principle. It provides and establishes predictability — stability — it also serves as a restraint in this way on the exercise of judicial authority because the Court looks at whether or not precedence is relied upon – whether they’re workable – in addition to whether or not they are wrong, and other factors as well.”

Senate Majority Leader Chuck Schumer (D-N.Y.) applauded Jackson’s confirmation as a “groundbreaking” moment. “In the 233-year history of the Supreme Court, never, never has a Black woman held the title of Justice,” he said. “Ketanji Brown Jackson will be the first and I believe the first of more to come.”

Though Jackson’s confirmation is a milestone for the Supreme Court, with her role as the first Black female justice, it likely will not change the ideological balance of the court.