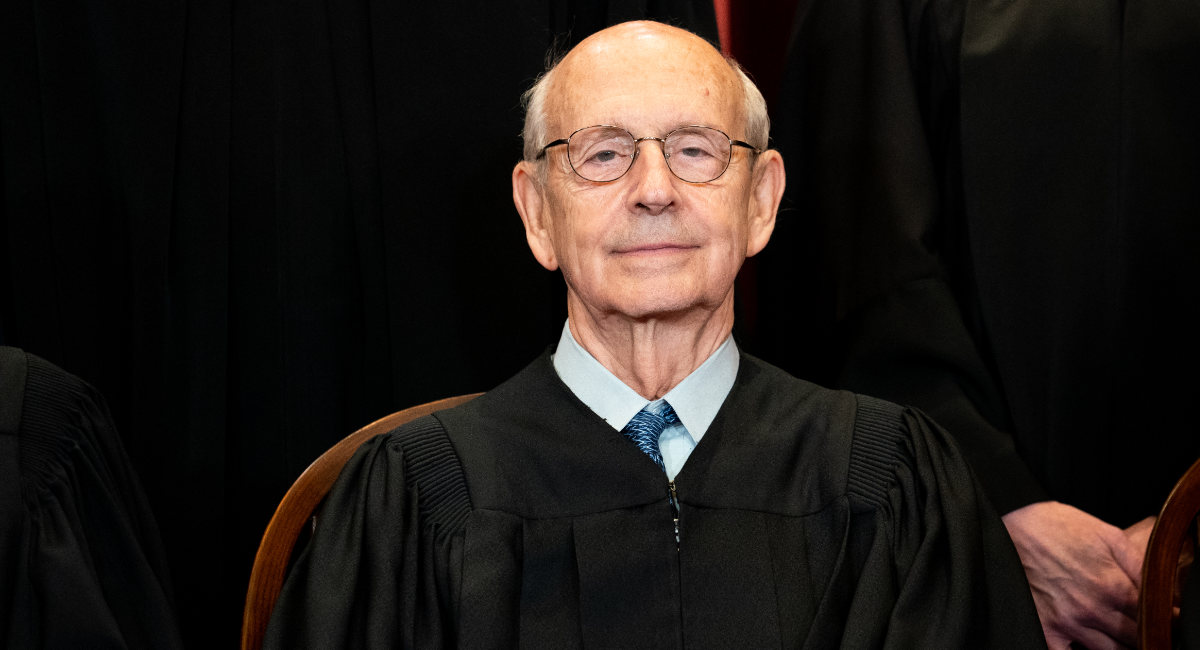 UPDATE, 1/27/22: Justice Breyer officially announced his retirement plans today, in a letter written to President Biden. This was followed by a joint press conference from the White House.

“I enormously appreciate the privilege of serving as part of the federal judicial system,” Breyer wrote in his letter. “I have found the work challenging and meaningful. My relations with each of my colleagues have been warm and friendly. Throughout, I have been aware of the great honor of participating as a judge in the effort to maintain our Constitution and the rule of law.”

Biden said he will announce his pick for Breyer’s replacement before the end of February. “I have made no choice at this point,” he said. “Once I select a nominee, I’ll ask the Senate to move promptly on my choice. In the end, I will nominate a historic candidate, someone who is worthy of Justice Breyer’s legacy, and someone who, like Justice Breyer, will provide incredible service on the United States Supreme Court.”

1/26/22:Stephen Breyer, currently the oldest Supreme Court justice, is said to be retiring at the end of his term, according to sources close to him. This would give President Biden the opportunity to choose a likely pro-abortion replacement. Breyer, who was nominated to the court in 1994 by Bill Clinton, has been serving on the Court for over 27 years.

According to the Washington Post, Democrats have been pressuring Breyer to retire now, while their party still holds control of the Senate. Breyer, 83, could be responding to the reaction from some liberals to Ruth Bader Ginsburg’s death; some criticized her for not retiring while Barack Obama was still in office.

Politicians have already begun offering their thoughts on Breyer’s impending retirement, despite giving lip service to the reality that Breyer has not confirmed his plans to retire. Senate Majority Leader Chuck Schumer said in a statement that Democrats will look to replace him quickly. “President Biden’s nominee will receive a prompt hearing in the Senate Judiciary Committee, and will be considered and confirmed by the full United States Senate with all deliberate speed,” he said, adding, “America owes Justice Breyer an enormous debt of gratitude.”

Senate Minority Leader Mitch McConnell, meanwhile, said he wouldn’t comment until Breyer himself speaks. “Justice Breyer has not made an official announcement and he’s entitled to do that whenever he chooses to and when he does that I’ll have a response to his long and distinguished career,” he said.

READ: Pro-abortion attorney: ‘Roe v. Wade will be dead within the year’

White House Press Secretary Jen Psaki did not comment on the rumors of Breyer’s retirement specifically, but did reaffirm Biden’s campaign promise to nominate the first Black woman to the Supreme Court. “The President has stated and reiterated his commitment to nominating Black woman to the Supreme Court and certainly stands by that,” she said in a press conference. “For today, again, I’m just not going to be able to say anything about any specifics, until of course, Justice Breyer makes any announcement, should he decide to make an announcement.”

Like the other members of the Supreme Court’s more liberal wing, Breyer has been a consistent supporter of legal abortion. In an article about his legacy, Reuters pointed out that he worked to strengthen abortion. He authored two high-profile rulings, both of which struck down laws restricting abortion in Texas and Louisiana. More recently, he opposed the Supreme Court’s decision to allow the Texas Heartbeat Act to stand.

Kruger is a California Supreme Court justice, and previously graduated with honors from Harvard University. She went to Yale Law School, where she was the first Black woman to serve as editor-in-chief of the Yale Law Journal. Kruger is reportedly known for having more moderate views, and would be the youngest justice serving on the Supreme Court.

Jackson received both her undergraduate and her law degree from Harvard, and served as an editor for the Harvard Law Review. She currently sits on the D.C. Circuit Court of Appeals; her nomination there was publicly applauded by NARAL.