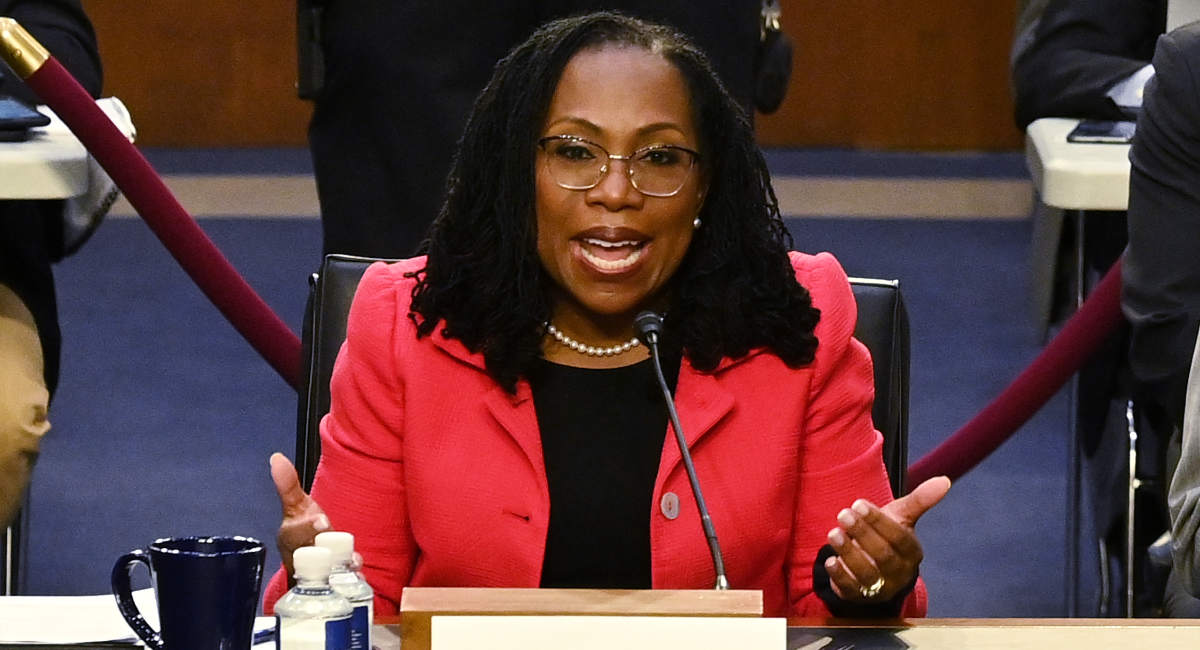 During the March 22nd Senate confirmation hearing, Supreme Court Justice nominee Ketanji Brown Jackson spoke on the issue of abortion and indicated that she views Roe v. Wade and Planned Parenthood v. Casey as “the settled law of the Supreme Court.”

Senator Dianne Feinstein (D-Calif.) addressed Jackson, questioning how she views abortion and whether or not she believes precedent is important when deciding the law. Feinstein referenced previous conversations with Supreme Court justices Gorsuch, Kavanaugh, and Barrett, in which she asked the then-nominees whether Roe and Casey should be viewed as precedents, and whether or not stare decisis applies in these cases.

“Do you agree with Justice Kavanaugh that Roe v. Wade is settled as a precedent, and will you, like Justice Barrett, commit to obey all the rules of stare decisis in cases related to the issue of abortion?” Feinstein asked.

I do agree with both Justice Kavanaugh and Justice Barrett on this issue. Roe and Casey are the settled law of the Supreme Court concerning the right to terminate a woman’s pregnancy. They have established a framework that the Court has reaffirmed and in order to revisit – as Justice Barrett said – the Supreme Court looks at various factors because stare decisis is a very important principle.

It provides and establishes predictability — stability — it also serves as a restraint in this way on the exercise of judicial authority because the Court looks at whether or not precedence is relied upon – whether they’re workable – in addition to whether or not they are wrong, and other factors as well. So I agree with both of the statements that you read.

Feinstein then asked Jackson if she believed that Roe is a “super precedent” based on the fact that it was decided 50 years ago and has been affirmed by the court many times. In response, Jackson said:

Well Senator, all Supreme Court cases are precedential; they’re binding and their principles and their rulings have to be followed. Roe and Casey, as you say, have been reaffirmed by the Court and have been relied upon, and reliance is one of the factors that the Court considers when it seeks to revisit – or when it’s asked to revisit – a precedent. And in all cases, those precedents of the Supreme Court would have to be reviewed pursuant to those factors because stare decisis is very important.

As defined by Cornell Law School, “stare decisis is the doctrine that courts will adhere to precedent in making their decisions. Stare decisis means ‘to stand by things decided’ in Latin.” The term is often used when discussing precedential court cases.

This is not the first time that Jackson’s actions have indicated that she is likely to rule in favor of abortion. While she has not previously ruled on an abortion case, she previously co-authored an amicus brief on behalf of NARAL and other pro-abortion groups in support of a Massachusetts law that would create a buffer zone in an attempt to prohibit pro-lifers from ministering outside of abortion facilities. In 2018, she ruled against the Trump administration’s plans to cut roughly $200 million in funding to Planned Parenthood.

Pro-lifers are concerned because Jackson’s nomination has been hailed by abortion advocates like Planned Parenthood and NARAL Pro-Choice America. Over 40 pro-life leaders, including Live Action’s President and Founder, Lila Rose, sent a letter Monday to the chairs of the U.S. Senate Judiciary Committee detailing Brown’s pro-abortion record.

As SBA List President Marjorie Dannenfelser said, “We urge senators to stand with unborn children and their mothers and reject this nominee.”