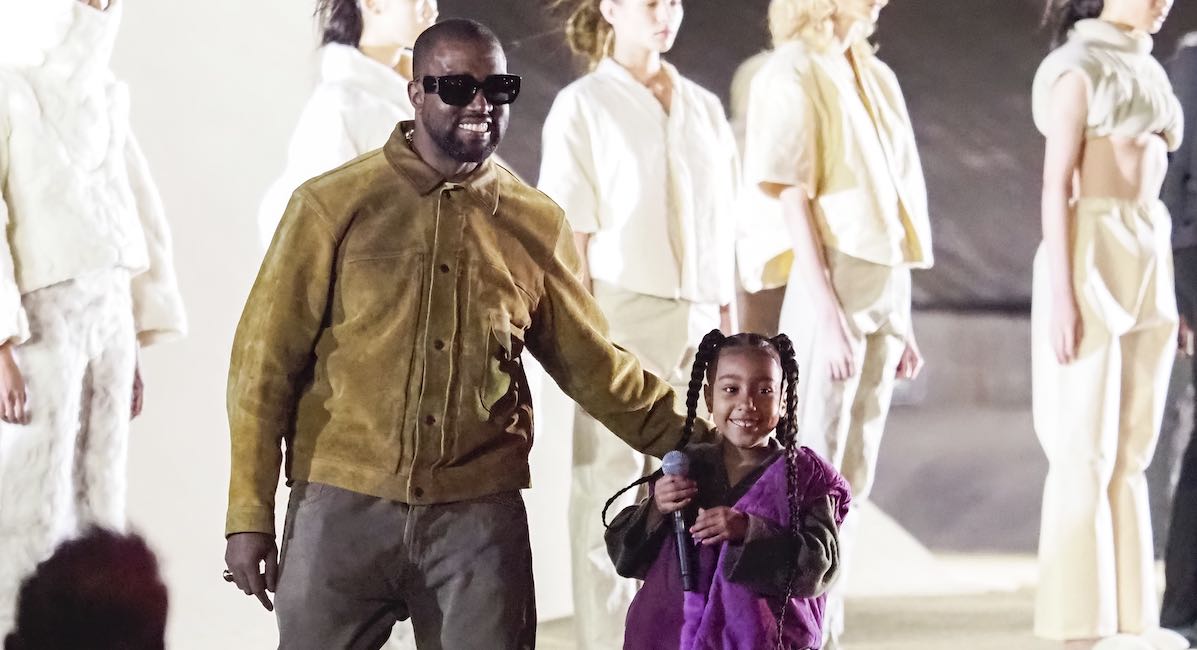 Kanye West shocked the world on July 19, 2020, when he announced during a campaign rally that he had originally wanted to abort his first child, daughter North, and had almost been a victim of abortion himself. Through tears, he shared how his wife Kim Kardashian had the abortion pill in her hands before they ultimately decided against abortion. Now, after many have spoken out in apparent concern for West’s mental health, he is defending his choice to share such personal stories, and proving he has no apparent plans to stop speaking out against abortion.

Today, West took to Twitter to defend his emotions over the near-abortion of his daughter. He said, “I cried at the thought of aborting my first born and everyone was so concerned about me… I’m concerned for the world that feels you shouldn’t cry about this subject.”

I cried at the thought of aborting my first born and everyone was so concerned about me… I’m concerned for the world that feels you shouldn’t cry about this subject.

The abortion industry denies the existence of abortion trauma, though studies—and women who have had abortions—have shown otherwise. Studies show that abortion trauma is real and can lead to to an increased risk of depression, drug use, alcohol abuse, suicidal thoughts, and suicide. Women have spoken out about the shame and remorse they have felt, and about their struggle with depression after abortion.

The same is true of men who have taken part in the abortion of their child, with some calling it very traumatic. West, knowing what he knows now about abortion and life in the womb, likely looks at his daughter today and is filled with guilt over having wanted to end her life before she was even born. He has every right to feel that way.

After his tweet, West was hit back with replies shouting the abortion mantra of a woman’s “choice,” but West is expressing what many other men have said: that abortion impacts them, too, not just women.

The World Should Mourn Abortion

In 1973 and the years immediately following, Americans largely saw abortion as a ‘necessary evil,’ as many do today. Abortion was, for the longest time, not something to celebrate but something to mourn. No one wants to choose abortion, we were told. Yet today, shedding tears over an abortion—or even a near-abortion, as in West’s case—is fodder for ridicule.

West is right: A society that can look away from the tiny, brutally broken bodies of innocent children and not shed a tear is itself broken. There should be, at the very least, a sympathetic understanding for the men and women who grieve abortions. But that is not the case.

Abortion Has Killed Tens of Millions of Black Children

West followed up his original tweet with another, focused on how abortion is killing Black babies at an alarming rate. “Over 22,500,000 black babies have been aborted over the past 50 years,” he wrote. Yet amid all of the uproar over racial injustice happening right now, society fails to bat an eye at this.

Yet Black pro-life civil rights leaders have been pointing this out for years.

Planned Parenthood’s founder, Margaret Sanger, had a eugenic agenda in her quest to get women on birth control when she began her “Negro Project.” Dr. Mildred Jefferson, the first Black woman to graduate from Harvard Medical School, called abortion the “new slavery” and “genocide” against Black human beings.

Today, abortion disproportionately affects Black women, who account for 38% of all abortions in the United States, though Black Americans account for just 12% of the US population. The Black abortion rate is 3.8 times higher than the white abortion rate; Black women have been one of the targets of the abortion industry since the beginning. According to Protecting Black Life, in 2012, 79% of Planned Parenthood’s surgical abortion businesses are strategically situated within walking distance of predominately Black neighborhoods. (It is not known what the percentage is now, eight years later.) In New York City, more Black babies are killed through abortion than are born. It’s time that pro-abortion Americans begin to question this instead of merely accepting it.