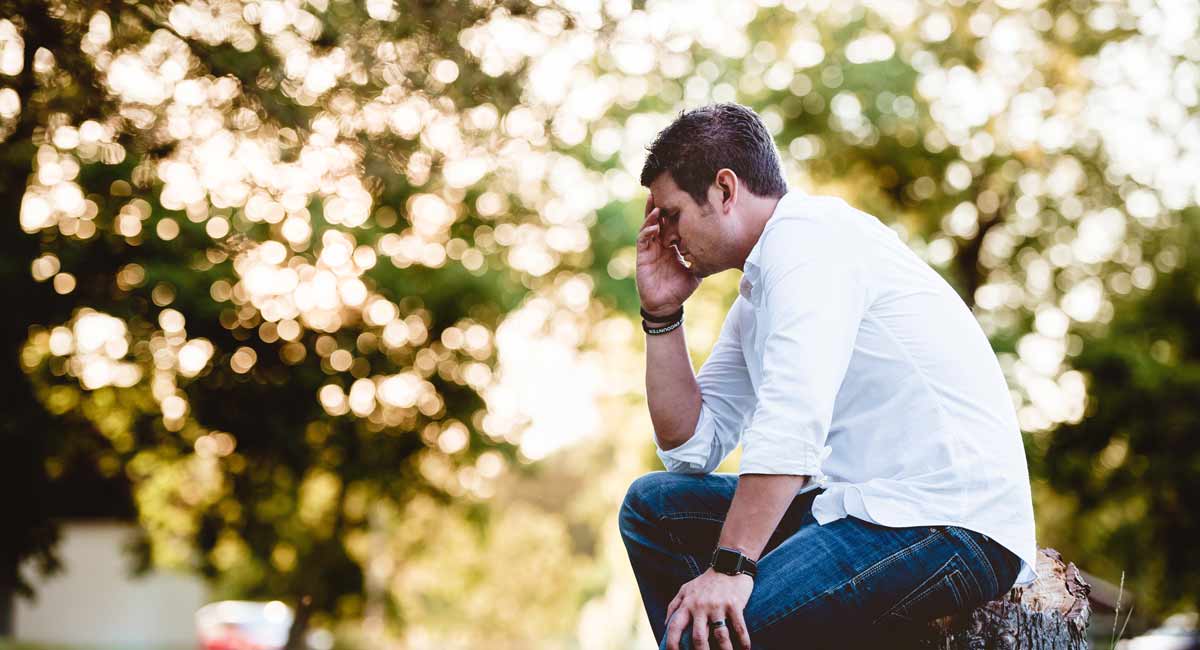 The man, who remained anonymous, had been dating a girl when she became pregnant and decided to get an abortion. “I had very little say in the ensuing event and I should probably have walked away, but I couldn’t,” he said. “I would have looked after the child, even if its mother didn’t want me in her life – but that was not an option that was available. I sat with her during the procedure, not knowing what I was letting myself in for. It was very traumatic. We continued to see each other for a while afterwards but we drifted apart and lost contact for many years.”

The abortion was seemingly not just traumatic for him — when he saw her again, years later, she admitted that she had undergone counseling to deal with her grief, and encouraged him to do the same. But he buried his grief, and began dating another woman, already a mother to two children, who also became pregnant.

“I knew several weeks before my partner that she was pregnant. She was glowing all of a sudden and I knew,” he recalled. “When she figured out that she might be pregnant, she took the test. We were both really really happy for a few weeks but then, one day, she wasn’t. We had talked a lot about names and baby things, but that one day she said the dreaded ‘we need to talk’, and the feeling of foreboding was palpable.”

She explained that she fought severe post-partum depression with her previous two births, and even thought of suicide. She felt like she couldn’t go through that again, even as the man tried to convince her that they could make it through together. Even more heartbreaking, he seemed to feel there were two babies in her womb, not just one:

The day arrived and we dropped the kids off at school and set off in silence. The medication was administered, she lay on the bed and I held her hand.

I sat there, tears streaming down my face in a room with a number of other women, all young and on their own and there for the same reason. I could feel the presence of not one but two as I held her hand, though I never told her. Their presence started to dim and finally were extinguished.

The relationship fell over a while later. Her guilt ate her up inside and though I worked so hard to prove to her that I still loved her after what we had been through, she couldn’t accept that I did – or understand why I did – and pushed me away.

In the end it was too much and I left. I have since told her that I didn’t leave her because I didn’t love her, I left because I couldn’t prove it and she felt unworthy of being loved.

I have never been the same since and firmly believe that there is not enough help for those who, for one reason or another, have to go through a termination.

He now says he struggles whenever something triggers the memories of his abortions, and laments that he didn’t get help from the beginning. And sadly, he is not alone.

It’s not unusual for men to regret the death of their children. In fact, it’s sadly all too common, and more and more men are speaking out about it. Lairs Johnston, who works for Save the Storks, is a post-abortive father who regrets the loss of his child. “I wish I knew how much better my life could have been with a kid in it,” he said, admitting that the abortion turned him into a lost, broken man. Other men speak about how heartbroken and helpless they feel when they’re unable to save their children, leaving — as one father phrased it — an “emotional scar” that never goes away. Other men likewise say they have struggled with grief and guilt after abortion.

READ: Fathers express post-abortion regret: ‘I’m a father of five but I only raised three’

Even rapper Eminem showed the negative affect abortion has on men in his song “River.” Both the song and accompanying music video show how abortion claims to solve the problems mothers and fathers are facing, but instead, only delivers more pain and guilt. Yet men are frequently silenced or told they have no right to speak about their pain.

The reality is, abortion is not just a death sentence for preborn children. It also leads to suffering for the parents, too, who often are given no warning about the effects abortion may have on them.

If you are a father who has post-abortion grief, there are resources that can help you. Check out Silent No More, Healing After Abortion, Rachel’s Vineyard, or a local pregnancy resource center for help. If you are the father of a preborn child you are trying to save from abortion, this link can help. You can also look into Abortion Pill Reversal, or call 1-877-558-0333, if the mother regrets her abortion. Stand Up Girl and Pregnancy Line can also give information for men or women, and have the ability to text, call, email, or chat.