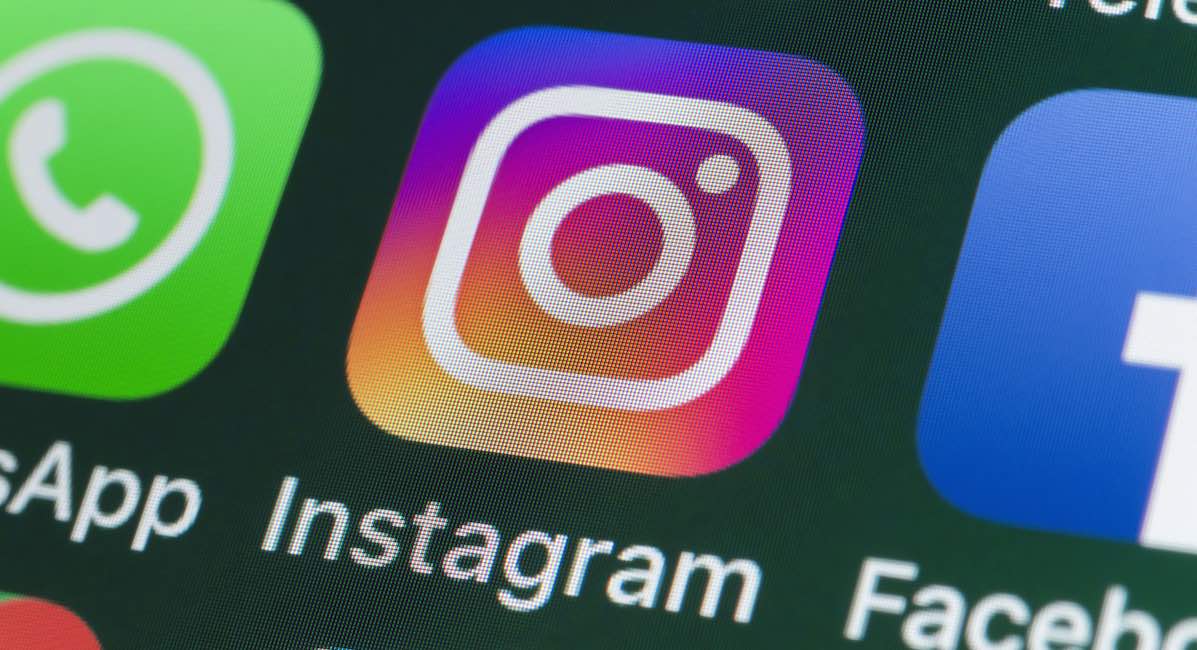 Yesterday, Instagram reportedly censored a post made by LifeNews.com which called attention to Down syndrome abortions in the United Kingdom. But Instagram didn’t just censor the post; they labeled it “false” for stating that the number of late-term abortions done annually for a Down syndrome diagnosis in the UK has doubled over the past 10 years — a fact reported by the UK-based Society for the Protection of Unborn Children. Life News notes, “The recent figures, obtained in response to a parliamentary question by Lord Alton, have revealed that in 2018, the number of UK children aborted past 24 weeks gestation following a possible Down’s syndrome diagnosis increased from 11 babies killed in 2009 to 23 babies dying in 2018.”

But when Life News made an Instagram post regarding this fact, the pro-life news outlet says it was covered by Instagram within 14 minutes with a message that reads, “False information” and “Reviewed by Independent Fact Checkers.” The Down syndrome facts would have been extremely difficult for a “fact checker” to review so quickly; the information had only been reported by the UK group earlier that same day.

Life News reports, “Instagram users could click a box stating ‘See why’ for additional information. That leads to a further warning in Portuguese about the content, ‘False: It is false that reform takes people with disabilities right to death.'” This is odd, as the explanation seems to be referring to something entirely different than what the outlet’s Instagram post was about.

Instagram relies on a Brazilian firm called Aos Fatos to conduct facthecking. But why Instagram is using a Brazilian firm to factheck an American post about British abortion figures is another question entirely, though apparently it has teamed up with a UK fact-checking group in the past. Either way, the information on babies with Down syndrome killed in abortions is entirely accurate.

When Life News attempted to re-post the same image with a different message that stated, “Unborn babies with Down syndrome are being discriminated against at an alarming rate. But pro-lifers are working to protect them and restore the rights of every baby in the womb….” It, too, was tagged as “false.” 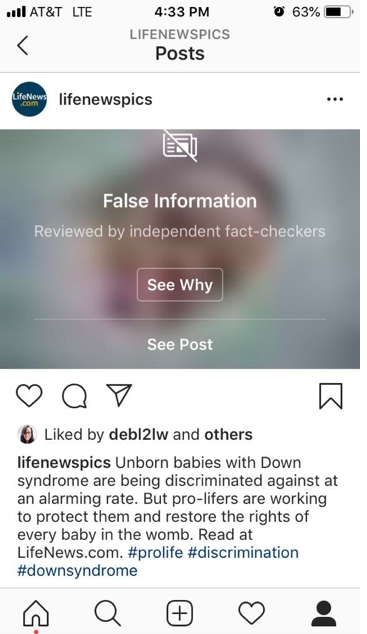 Social media outlets have increasingly been censoring pro-life content. As Live Action News previously reported, TikTok recently banned Live Action for alleged “multiple violations” of its community guidelines without explanation. TikTok only responded to appeals after Live Action went public with news of the banning, and TikTok reinstated the account, claiming the banning was due to “human error.” Last summer, Facebook’s third-party, independent “fact checkers” — two abortionists — labeled Live Action’s assertion that abortion (the intentional killing of a human being in the womb) is never medically necessary as “false.” To do so, they attempted to redefine abortion, and even doubled down on their claim, adding more abortionists to the fact check as time went on — despite the fact that thousands of OBGYNs agree that intentionally killing children in the womb is never medically necessary. Twitter has long banned Live Action from advertising on its platform while allowing abortion organizations like Planned Parenthood to advertise.

Life News states that other pro-life groups have been censored by Big Tech, as well:

… Instagram previous[ly] censored a meme by Ryan Bomberger of the Radiance Foundation that managed to trip the wires of the company’s good behavior guidelines. How? By daring to say that “abortion kills more black lives in two weeks than the KKK lynched in a century.” The image of a noose hung above the words and ended with the line, “Planned Parenthood: Eugenics. No Matter What.”

Another image censored by Instagram sought to show how similar the arguments used to defend abortion are to those that were used to defend slavery in the U.S.