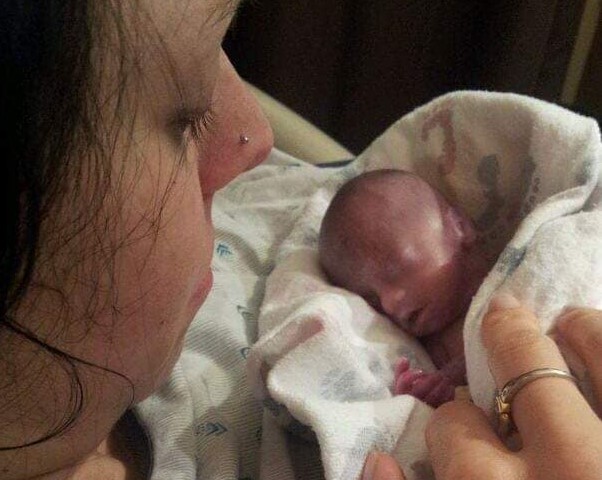 Baby Sophia was born at just 22 weeks, three days, and doctors told her parents to expect her to live for only a few minutes after birth. They refused to provide her with any medical care because they considered her to be non-viable. However, Sophia lived for more than three hours outside the womb, and now her mother is urging parents to inquire whether the hospital where they have chosen to give birth will give medical assistance to a micro-preemie or not.

Sophia’s mother, Matesi Joy Neumiller, told Live Action News that her pregnancy concerns began early on, but her doctor was not receptive to them. She felt uncomfortable with her female OB/GYN when she went to her initial appointment at eight weeks. At that appointment, when she heard her baby’s heartbeat for the first time, she began to cry. After a few minutes, the doctor said abrasively, “Are you finished?”

Neumiller, blindsided by this, quickly dried up her tears of joy. That attitude from the doctor continued throughout the pregnancy. Neumiller had a gut feeling that something wasn’t right with her pregnancy, but her concerns were ignored — a common concern of women seeking medical attention.

“She didn’t validate my fears,” Neumiller told Live Action News. “I thought there was something wrong with my pregnancy, but I didn’t know what.”

At 12 and 16 weeks, Neumiller asked for an ultrasound and was told she would have to pay the out-of-pocket $2,000 because the doctor would not recommend an ultrasound, though she surprisingly hadn’t even been given one to date her pregnancy.

At 21 weeks, she was finally given an ultrasound and the medical team saw something was off. Her cervix was funneling — which meant it was opening from the inside. Neumiller was sent to a specialist over an hour away who discovered she was dilated two centimeters and had an incompetent cervix. A cervical cerclage was placed the next morning to stitch her cervix shut. She spent the next few weeks on bed rest. Then on Valentine’s Day 2013, things went from bad to worse. 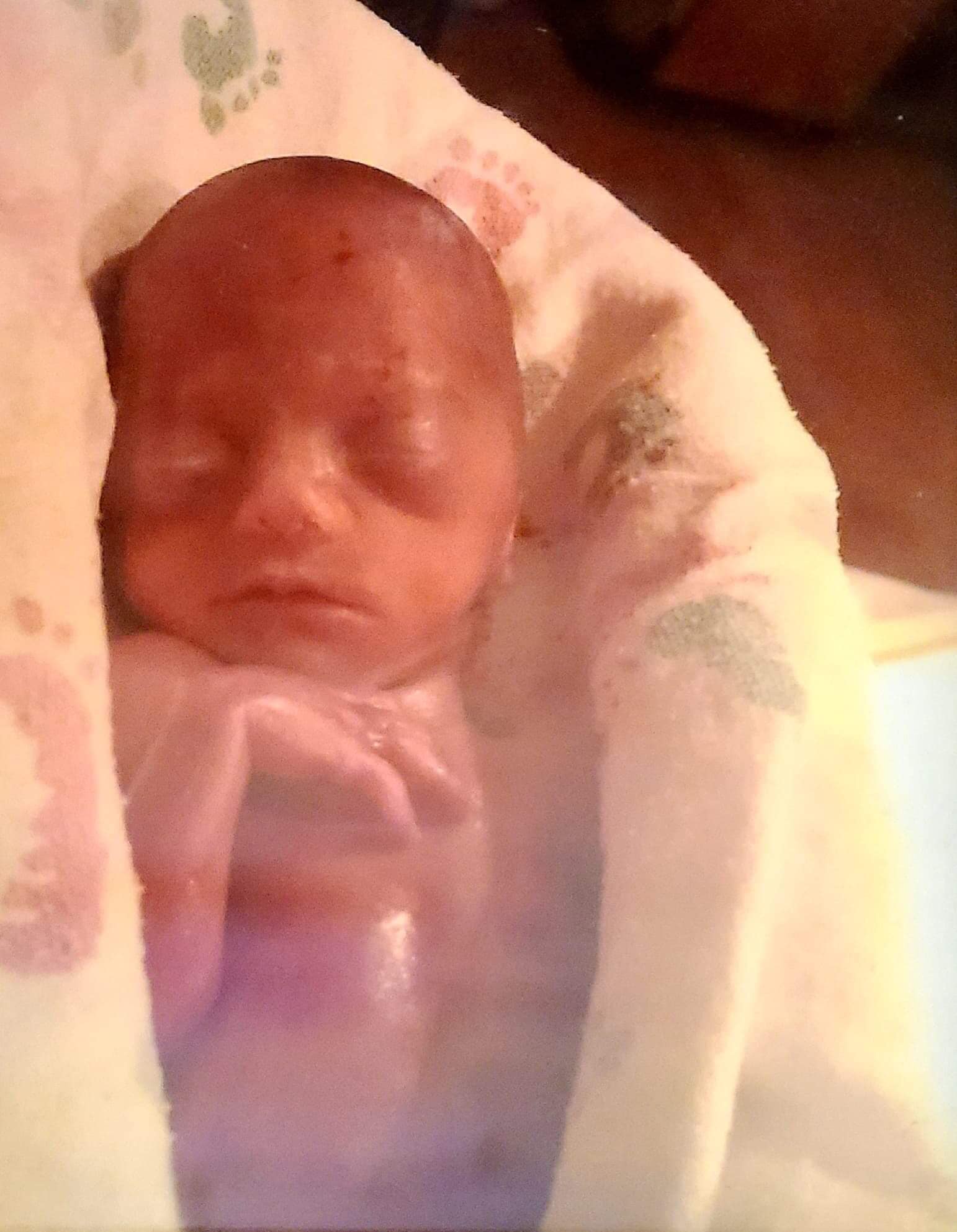 “I was having cramping and I didn’t think anything of it because it wasn’t super painful and it wasn’t regular,” she explained. “I had cramping before and the doctor had said there was nothing to them.” Neumiller texted her sister, who advised her to download an app to track contractions. She realized she was having 30 to 50 second long contractions at about five to seven minutes apart. She called her doctor who told her to go to the specialist, telling Neumiller, “I don’t know what to do with you.”

After a long hour and a half drive with her husband Kyle, she was admitted to the hospital and examined. She anxiously waited for good news, but that good news didn’t come. “I remember her checking me and saying, ‘I’m sorry but you’re gonna have your baby tonight.’ I didn’t hear anything after that,” said Neumiller. “I remember just bawling and crying my eyes out.”

In labor and delivery, Neumiller asked what they would do to help her baby and she was told there was nothing that could be done. “They said, ‘She’s not far along enough to be able to save. She won’t survive. If she was born alive she would only live for a couple of minutes.’ I just accepted that,” she explained. Neumiller recalled of Sophia’s birth:

I remember hearing the tiniest cry and they just handed her over to me and everybody left the room. She was so tiny. I remember her gasping for air. And I just wanted somebody to save her. I felt so helpless watching her try to breathe and I couldn’t do anything.

They’d come in every 15 to 20 minutes to see if her heart had stopped yet. I remember kissing her hand, and she’d grab my lip and I couldn’t believe that she was gonna be gone. I kept hoping that she would keep breathing and that they would save her. I remember putting her on my chest thinking she’s gonna make it. I thought if she’s on my chest, she’ll get stronger. I just wanted to keep her warm. But her breathing got more labored. Her gasps got farther apart. Her reflexes started to go away.

That was the last time the nurse came to check and the nurse said, ‘She’s gone.’ And I said, ‘She’s not gone yet. I can still see her heart beating.’ […] I put her on my chest and I remember hearing the last gasp. I knew she was gone.

Sophia lived for three and a half hours outside the womb, yet doctors never stepped in to offer her help. Later that day, the specialist arrived and told her there was nothing that could have been done. He said that maybe if she had been born just two days later they would have tried saving her. 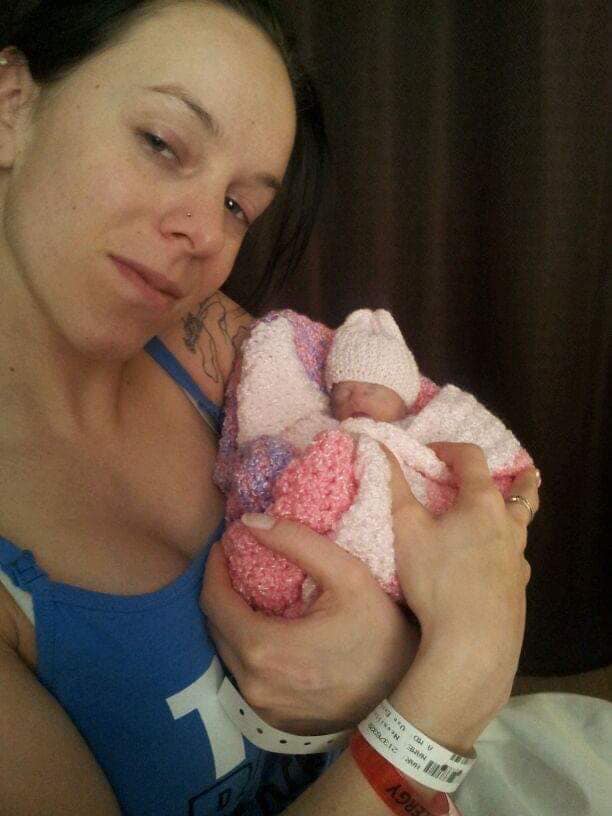 One of the nurses asked Neumiller what she wanted to do with Sophia’s body and said that they could put her with the medical waste.

“To them, she wasn’t viable. She wasn’t even human, almost. She was just a fetus. She wasn’t even a baby to them. That’s what it felt like to me,” she explained. “She wasn’t a life worth fighting for even though she was my whole world.”

Neumiller and her husband contacted a funeral home, which gave them a free service and free urn. Sadly, their next pregnancy tragically ended in miscarriage. For their third baby, they went to a different doctor and saw the specialist at 12 weeks. By 14 weeks, a cervical cerclage was placed. At 22 weeks, Neumiller was admitted to the hospital with contractions. Doctors decided to keep her at the hospital until the baby was born. Six weeks later at 28 weeks, after Neumiller suffered a placental abruption, they welcomed their son Isaac — named because it felt like he was their promise. Isaac did well but fought an e. Coli infection before being sent home 67 days after his birth.

For her next pregnancy with her son Lucas, Neumiller was given a transabdominal cerclage at 14 weeks. She underwent a scan every two weeks to check for preterm labor. It was a relatively normal pregnancy until at 33 weeks and four days, when Neumiller was hit head-on by a driver who was texting. She went into preterm labor and Lucas was delivered at 34 weeks via C-section and spent 29 days in the NICU. 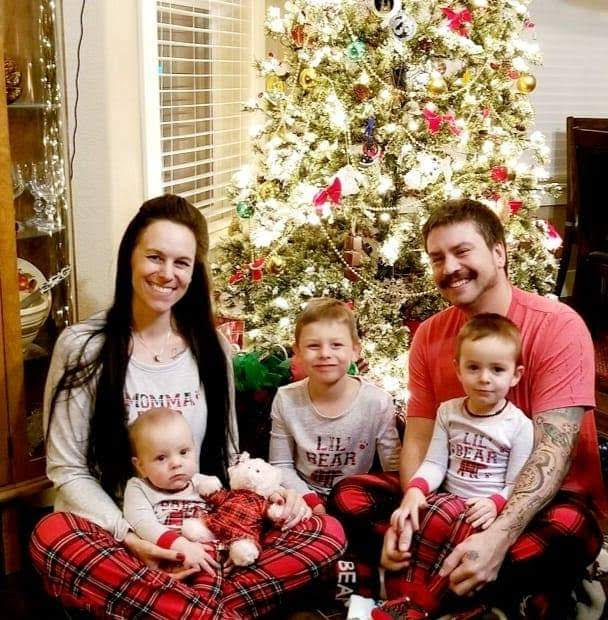 Her youngest child was born in February 2020, but not without complications. The placenta was attached to scar tissue from Neumiller’s previous C-section. She was diagnosed with both placenta accreta and placenta previa and at 20 weeks, she began to bleed heavily. Thankfully, the bleeding stopped. Baby Spencer was born at 34 weeks and two days with help from “the best doctor ever.” He spent 36 days in the hospital overcoming obstacles before being sent home.

Eight years after Sophia’s death, Neumiller wants parents to know that babies born at 22 weeks — and even 21 weeks — have a chance, even if slim, to be saved. She wants them to know what she didn’t: that their babies may have a chance even when doctors say they don’t. “TwentyTwoMatters has resources, has groups,” she said. “They have a toolkit so if doctors are telling you that your baby won’t survive at this early of an age, you can say, ‘[Y]ou can save my baby.'” That toolkit includes information for parents facing the premature birth of a child, including hospitals willing to intervene for micro-preemies, stories of survivors, and medical information and terminology.

READ: My sons were born breathing at 22 weeks, and the hospital wouldn’t help them

Sometimes premature babies don’t survive, but, that doesn’t mean that doctors should pick and choose who to help. Neumiller believes that if her original doctor had done an ultrasound at 16 weeks when she asked, they would have found the funneling sooner and Sophia’s life might have been spared. 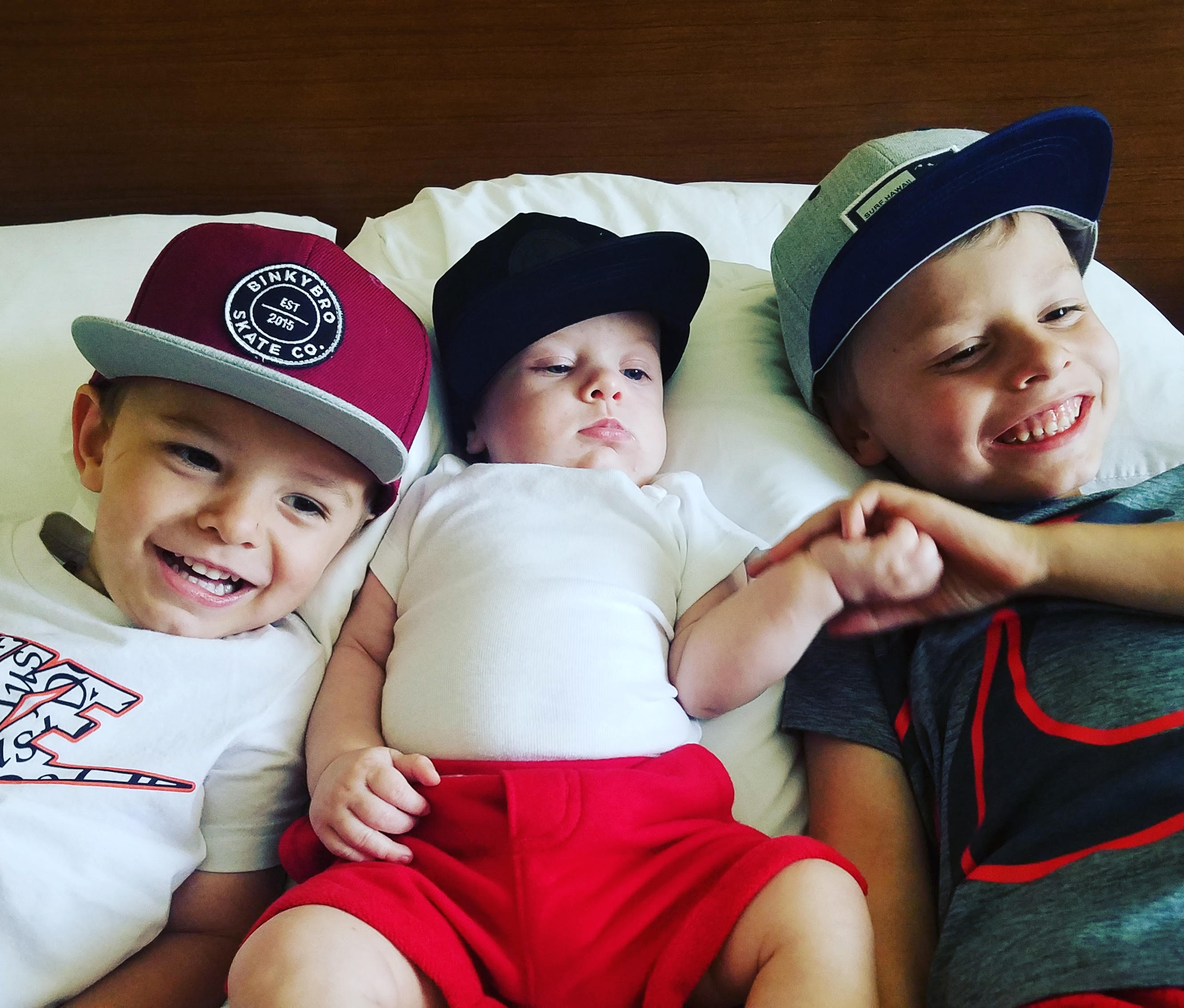 “Sophia changed my life forever. She did more than just change my life as my child. I’ve learned to stand up and fight for what’s right and not take ‘no’ as an answer anymore,” said Neumiller. “I can’t say enough about her. I can’t say enough to bring peace to my heart about what happened.”

“I want her life to not be forgotten,” she added. “She mattered too.”