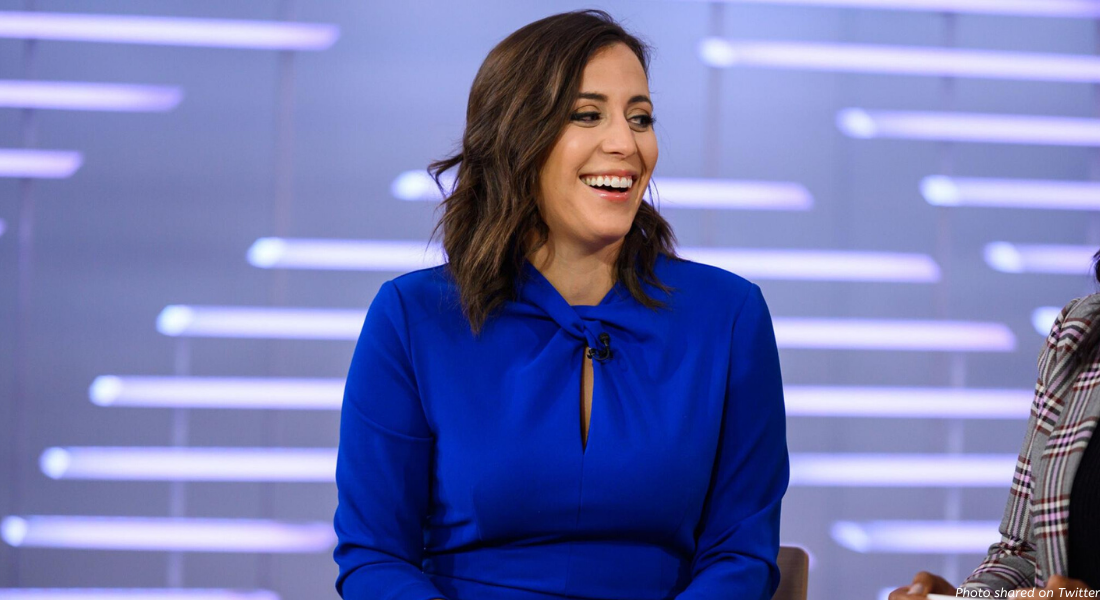 Last week, the Democratic presidential candidates met in Las Vegas for a debate — but it’s one of the moderators who is getting the attention now. Hallie Jackson, NBC’s Chief White House Correspondent, moderated the debate while eight months pregnant, alongside Vanessa Hauc.

Before the debate, both Jackson and Hauc were interviewed by InStyle Magazine, and Jackson specifically spoke about juggling motherhood with her career. She explained that it helps to work alongside women who are also both mothers and journalists and that her priorities had to change once she was pregnant.

“I was extremely fatigued in my first trimester, which I chalked up to usual overwork, until my partner Frank reminded me I’m growing a baby,” Jackson, who is having a little girl, told InStyle. “I’ve also been very conscious of taking care of myself as much as possible by eating healthy, working out, and resting when I need to. None of those things would have ever taken precedence over work for me before my pregnancy, for better or for worse, so for me it’s been an unexpected shift in my priorities.”

She again called attention to her pregnancy before the debate, tweeting, “Yep, I’ll be walking my 8-and-a-half-month pregnant self on stage tonight for the Democratic debate.” Unsurprisingly, Jackson’s ground-breaking moment was incredibly inspirational for many people, calling her a “warrior,” and a “bad***.” In an interview with Yahoo Lifestyle, Dr. Sherry A. Ross sang Jackson’s praises.

“Hallie Jackson could be the poster child for what a committed working woman looks like by not letting pregnancy come between her profession and pending motherhood,” she said. But it was a series of responses from some fans which truly illustrated why this was such a major moment.

This is so wonderful! my mother was a local tv reporter back in the 1960s and as soon as she got pregnant with my sister she was fired. So I have especially loved seeing all of the pregnant women on MSNBC and CNBC. Things are finally changing.

I'm an old lady. When I got married in the 1970's I could not get a job.
Interviewer, "Oh I see you are married. Are you pregnant? Do you plan on getting pregnant?"

walk it with style for all those who should have walked it pregnant before you but were not allowed. Go mama

Pregnancy discrimination is something that continues to happen with alarming frequency, even now. Companies like UPS, Google, Nike, and Planned Parenthood have all been accused of systemic pregnancy discrimination. It’s been reported that even the possibility of pregnancy can penalize women, keeping them from getting hired or promoted, and making them more likely to get fired. And legalized abortion makes this kind of discrimination even more possible. If a woman can have an abortion, businesses have no reason to accommodate pregnancy and women may feel pressured to abort.

All women should be able to celebrate motherhood and their careers without feeling as though they have to choose between their child’s life and their job.