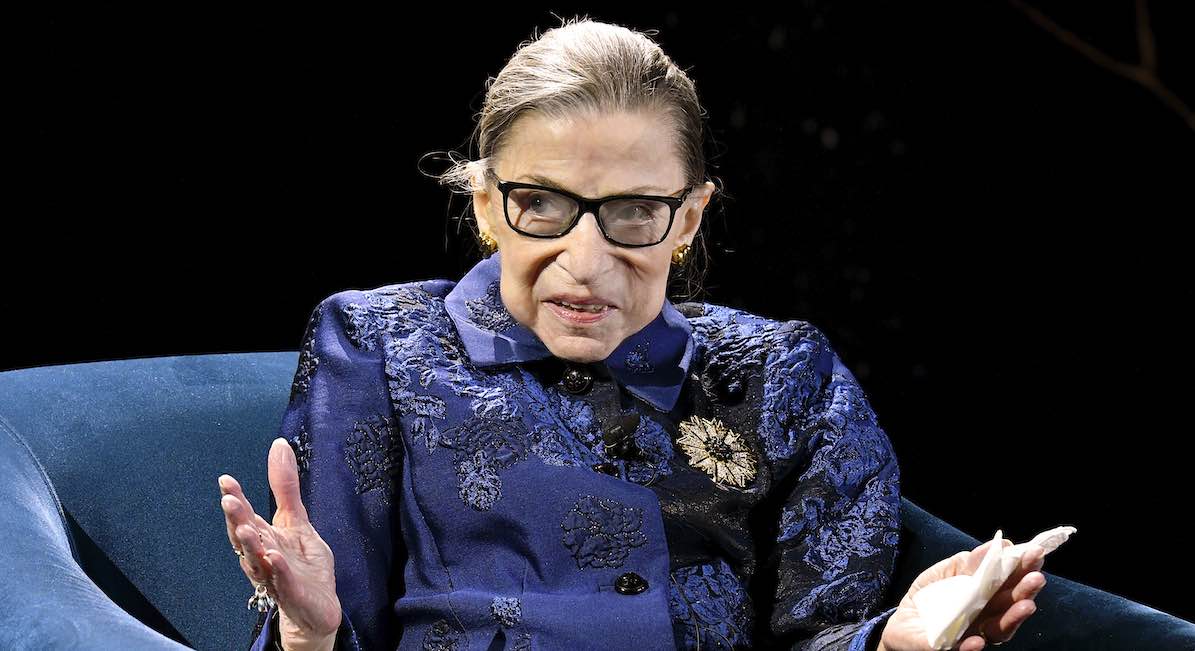 Next week, the Senate will begin hearings on the nomination of Judge Amy Coney Barrett to the Supreme Court to fill the vacancy left by the late Justice Ruth Bader Ginsburg. Ginsburg was known for her support for legalized abortion, and the idea of filling her vacated seat with a Justice who does not share her ideology on abortion has evoked anger among her supporters. Abortion supporters have argued that Ginsburg’s seat should remain vacant until after the 2020 Presidential election, but interestingly enough, Ginsburg believed that abortion law should be decided by “elected representatives” and not by — as Ginsburg phrased it in a video at the Washington Post — “nine unelected judges.”

Prior to Roe v. Wade, abortion was decided by each state’s lawmakers. While handful of states had decriminalized abortion prior to 1973, it was illegal in the majority. The 1973 Roe abortion case was based on the claim that Norma McCorvey (known as “Jane Roe”) had been raped and wanted an abortion. But McCorvey was not raped, and her child was born and was placed for adoption. Roe’s companion case, Doe v. Bolton, opened the door for abortion on demand by allowing a “health of the mother” exception, which could even include familial or financial health.

Ginsburg preferred a more incremental approach to abortion. In 1985, wrote in the North Carolina Law Review, “Roe v. Wade sparked public opposition and academic criticism, in part, I believe, because the Court ventured too far in the change it ordered and presented an incomplete justification for its action.” She emphasized, “Roe, I believe, would have been more acceptable as a judicial decision if it had not gone beyond a ruling on the extreme statute before the court. … Heavy-handed judicial intervention was difficult to justify and appears to have provoked, not resolved, conflict.”

“Roe ventured too far in the change it ordered and presented an incomplete justification for its action,” Ginsburg wrote.

The overwhelming scientific evidence surrounding the humanity of the developing child in the womb was overlooked when Roe was decided. But that evidence, even today, impacts public opinion on abortion. Ginsburg acknowledged in her piece that, 10 years after Roe, “Justice [Sandra Day] O’Connor… described the trimester approach [in Roe] as ‘on a collision course with itself.'” Ginsburg added, “Advances in medical technology would continue to move forward the point at which regulation could be justified… and to move backward the point of viability….”

Ginsburg wrote, “The sweep and detail of the opinion stimulated the mobilization of a right-to-life movement and an attendant reaction in Congress and state legislatures… [who] adopted measures aimed at minimizing the impact of the 1973 rulings, including notification and consent requirements, prescriptions for the protection of fetal life, and bans on public expenditures for poor women’s abortions….”

In 2014, Ginsburg suggested to an audience at the International Women’s Health Coalition anniversary dinner that had the Supreme Court only ruled Texas’s abortion law unconstitutional and waited for additional cases, the American public might not have become so polarized about the issue. Ginsburg considered Texas’s abortion law the “most extreme law in the nation” because it outlawed abortion for all reasons except to save the mother’s life.

“Roe v. Wade was a great starting case,” Ginsburg said. “I think if the court had gone step-by-step as we did in the gender equality cases, the court and the public would have reacted in a more positive way than it did.” In Ginsburg’s opinion, “[t]he difficulty with Roe v. Wade,” was that the decision made “every law in the country unconstitutional, even in the four states that had abortion at a woman’s choosing in the first trimester for whatever reason or no reason.”

“[A] movement against access to abortion for women grew up, flourished, around a single target,” Ginsburg told the IWHC audience. “And what was that target? It was nine unelected judges [who] decide[d] this question for the nation. It should be decided by the people’s elected representatives. By the members of the state legislature.”

She pointed to the “backlash” over Roe which came immediately and in her view, “took on steam” because of Roe’s “unelected Supreme Court judges.”

“That was the problem.” she concluded.

According to a later Cosmopolitan interview, Ginsburg said, “You give it to them softly. And you build them up to what you want,” suggesting that this sort of pro-choice incrementalism would have been better received by the public.

Ginsburg believed Roe was a product of eugenic philosophy

Despite these statements, Ginsburg was very outspoken in favor of abortion. In a 2009 interview with the New York Times Magazine, Ginsburg made some alarming comments, rightly suggesting that Roe was a product of eugenic philosophy. “I had thought that at the time Roe was decided, there was concern about population growth and particularly growth in populations that we don’t want to have too many of,” Ginsburg said.

Abortion, from its legal inception, was never from women or for women, as the polling data at that time showed. Instead, abortion was forced on Americans by elite eugenicist pro-abortion men using fabricated statistics, who eventually co-opted the women’s movement of the 1960’s.

Ginsburg understood this, and although she pointed to the “dialogue” happening in America, she failed to address how the media played a role in the legalization of abortion by headlining articles to make it appear as if the public — and specifically women — favored its legalization, when this was not the case.

Every preborn human deserves to be protected. Ultimately, the goal is not to merely return the decision concerning abortion to the states to decide, but to ban abortion and treat preborn children as equal members of the human family, not as property to be killed at will.