New research at Christchurch Women’s Hospital’s Neonatal Unit in New Zealand and published in the Pediatric Pulmonology journal has revealed differences in the lungs of baby boys and baby girls, paving the way for doctors to treat them more effectively when born prematurely and placed on a ventilator.

Kyeong Tae Kim, a mechanical engineering student at the University of Canterbury, studied infant ventilator use as part of his Ph.D. by looking at the airway pressure and flow data from 10 invasively mechanically ventilated babies. He learned that boys’ lungs are stiffer than girls’ lungs, making it harder for them to get oxygen through a ventilator. The study found that premature boys, who have a lower chance of survival than premature girls, could benefit from being ventilated differently than girls using different settings, modes, and monitoring.

“Girls had more variability in their breaths and could need to be more frequently monitored,” explained Kim. “Their lungs are more mature than baby boys’ lungs and they also have more alveoli — tiny balloon-like structures that allow air to pass into the lungs and, from there, into the blood.” 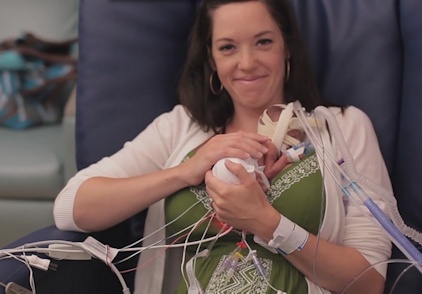 Those differences could be because girls develop at a faster pace in the womb than boys do. Kim worked with neonatal pediatrician Dr. Bronwyn Dixon, who explained that though there has been a known difference in the survival outcomes for premature boys vs premature girls, it hadn’t been understood why. She called this new information “really exciting.”

“Every time we ventilate for a baby we potentially do harm to their lungs,” she said, “which we can’t avoid doing, but it’s about minimising that harm. It’s really critical for us to get the ventilation right for us for these babies because we know that we’re not as good as breathing for the baby as what they would be if they were continuing to develop in the womb.”

UC Distinguished Professor Geoff Chase supervised Kim’s research and called it a first because it required non-invasively but accurately measuring spontaneous breathing effort of babies on ventilators. He said Kim’s study “paves the way for introducing these methods into medical care, where there was previously no such measurement or assessment.”

Babies born before 37 weeks gestational age are considered premature, but babies born as young as 21 weeks have survived and thrived when given proper medical care. Not every hospital is equipped to help a baby born that young, and the organization TwentyTwoMatters has created a global map of hospitals that are willing and able to treat these tiny patients.