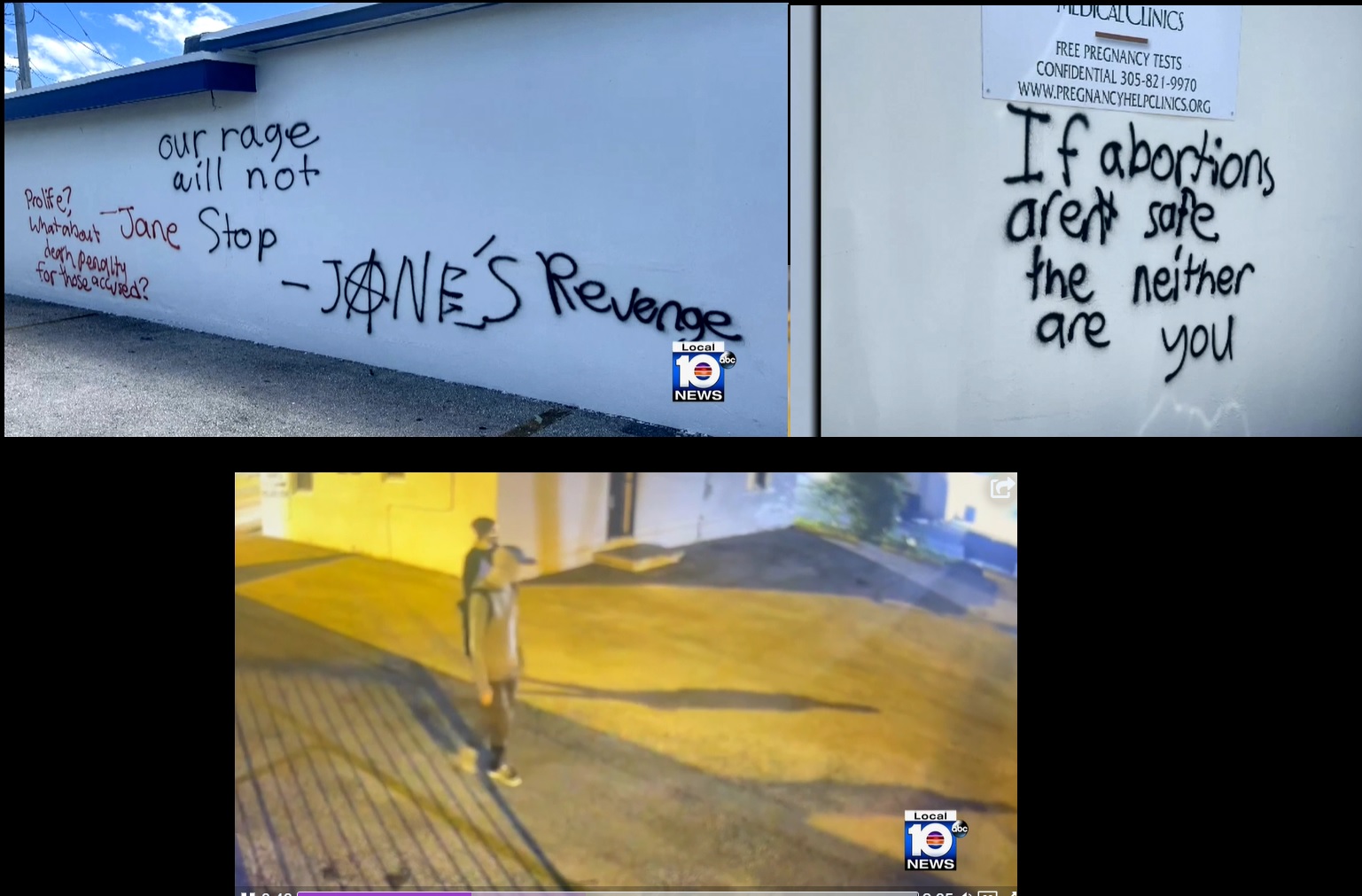 According to a press release issued on Tuesday by the Justice Department, two individuals from Florida have been indicted by a federal grand jury on FACE Act charges “for spray-painting threats” on pregnancy resource centers. These are the first charges to be brought against perpetrators in escalated attacks against pro-life organizations, pregnancy centers, and churches that began last year following the leak of the Supreme Court’s draft opinion in the Dobbs v. Jackson Women’s Health Organization case overturning Roe v. Wade.

Caleb Freestone, 27, and Amber Smith-Steward, 23, reportedly “engaged in a conspiracy to prevent employees of reproductive health services facilities from providing those services.”

According to the indictment, as part of the conspiracy, the defendants targeted pregnancy resource facilities and vandalized those facilities with spray-painted threats.” The messages read, “If abortions aren’t safe than niether [sic] are you,” “YOUR TIME IS UP!!,” “WE’RE COMING for U,” and “We are everywhere” on a reproductive health services facility in Winter Haven, Florida. The indictment further alleges that facilities in Hollywood, Florida, and Hialeah, Florida, were also targeted.

According to a previous report from Live Action News, the messages at the Winter Haven pregnancy center were also signed with “Jane’s Revenge,” referencing the pro-abortion terrorist group. “The symbol for anarchy, an ‘A’ can be seen in the images spray painted on the center’s sign and near the front door,” and “A security camera was covered with pink paint,” notes the report. 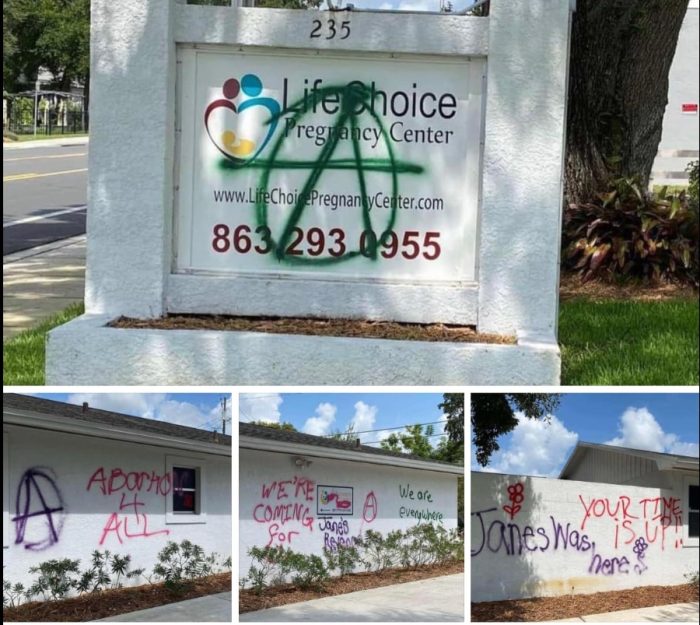 Another report from Live Action News noted that on May 28, 2022, the Respect Life office in Hollywood, Florida, “was vandalized and tagged ‘Janes Revenge’ along with the threat, ‘If abortions aren’t safe then neither are you.’ … The building’s security cameras captured the vandals, and footage has been shared with the Hollywood Police Department. The graffiti also included the ‘anarchy’ symbol.” 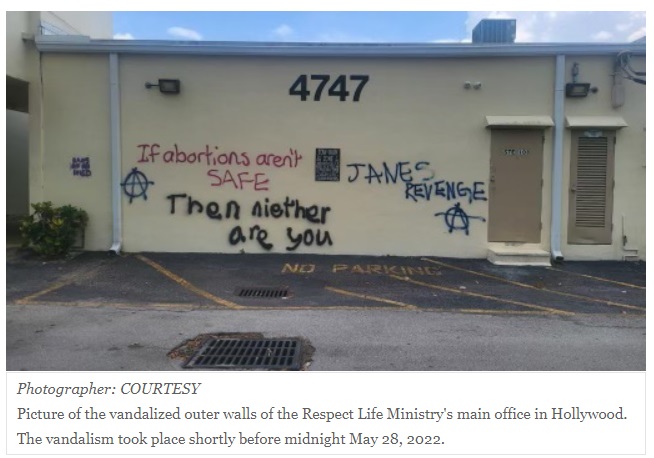 A third report from Live Action News researcher Carole Novielli pointed out that on July 5, 2022, “the Heartbeat of Miami center in Hialeah, Florida, was vandalized with hate messages” and “was first contacted by phone with threats around the time the Supreme Court draft opinion was leaked suggesting the eventual overturning of Roe v. Wade.” A local news outlet reported that “The man and woman spray painted over security cameras before painting an apparent threat and the calling card ‘Jane’s Revenge’ with an anarchist’s logo.” 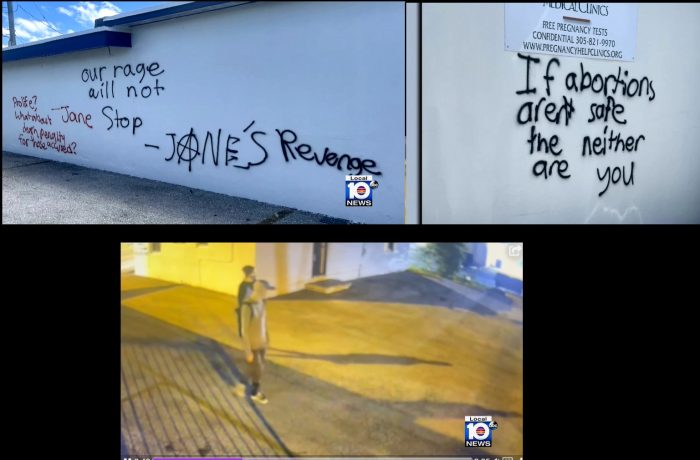 If convicted of the offenses, Freestone and Smith-Stewart each face up to a maximum of 12 years in prison, three years of supervised release and fines of up to $350,000.

These attacks were only a handful out of dozens that have taken place against pro-life organizations, pregnancy resource centers, and churches since May of 2022 in retaliation for the anticipated (and eventual) reversal of Roe.

Read more from Live Action News on the attacks against pro-life organizations, pregnancy centers, and churches at the links below: