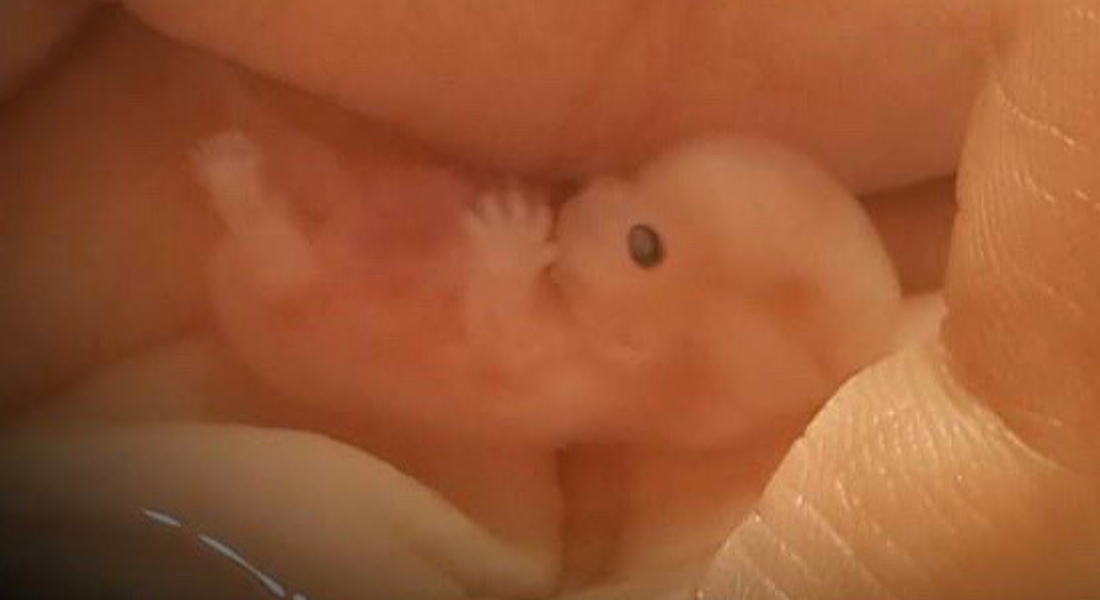 The ability to witness the humanity of preborn children in the womb through photographs and ultrasound images is a powerful tool in the fight for life — and it’s for this reason that abortion advocates dislike those images so much. Even in the first trimester, preborn babies are complex, living human beings, and abortion brutally kills them in their most vulnerable state. Some abortion advocates, when confronted with the truth about human life in the womb, make light of the deaths of innocent children by mocking their deaths and exhibiting tactless, disgusting behavior.

A tweet published by Live Action in September 2020 showed images of a preborn child miscarried at seven weeks. (The mother of the child originally shared the photo on social media years ago.) Though small, the baby’s humanity is clear with the baby’s eyes and other facial features visible. Her fingers and toes are clearly formed, as are her organs.

This is a 7-week-old baby who was tragically miscarried.

The abortion pill starves babies to death up to 10 weeks.

If you're fighting for the right to kill her,

You are morally bankrupt.

It's time to BAN the abortion pill, @US_FDA! pic.twitter.com/OIDYM2MKqd

By seven weeks, the preborn baby’s heart has already been beating for about a month, brain waves can be measured, and teeth are even forming. This isn’t a religious belief, but one based in scientific fact.

Yet abortion advocates responded to Live Action’s tweet with nothing short of depravity. 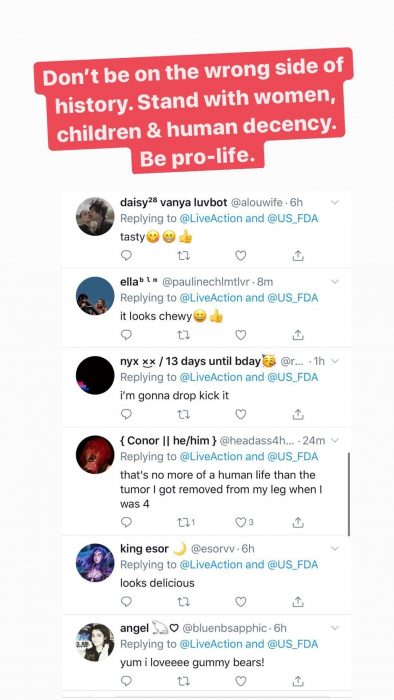 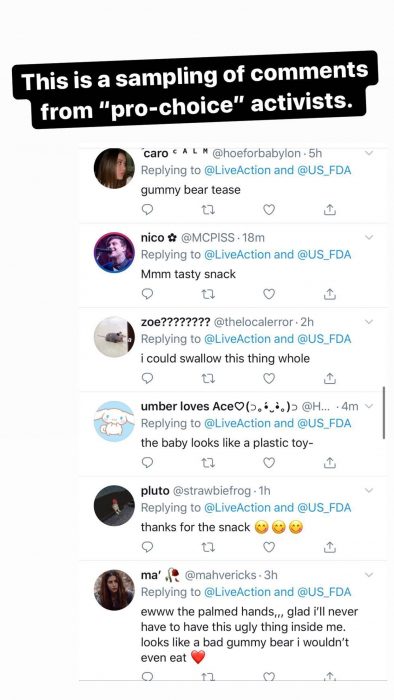 One horrifying video posted in 2019 featured a drag queen performing in a bar to Kesha’s “Cannibal,” while wearing a fake pregnant belly. After a moment, the drag queen took out a knife and cut open the fake belly, reaching inside to dip his hands into fake blood, which he scooped into a glass and drank. He then pulled a fake baby out of his fake stomach, ripped it apart, and danced with it.

This kind of despicable behavior from abortion supporters serves only to distract from the reality: that preborn babies are human beings, and they are being killed by abortion every single day.