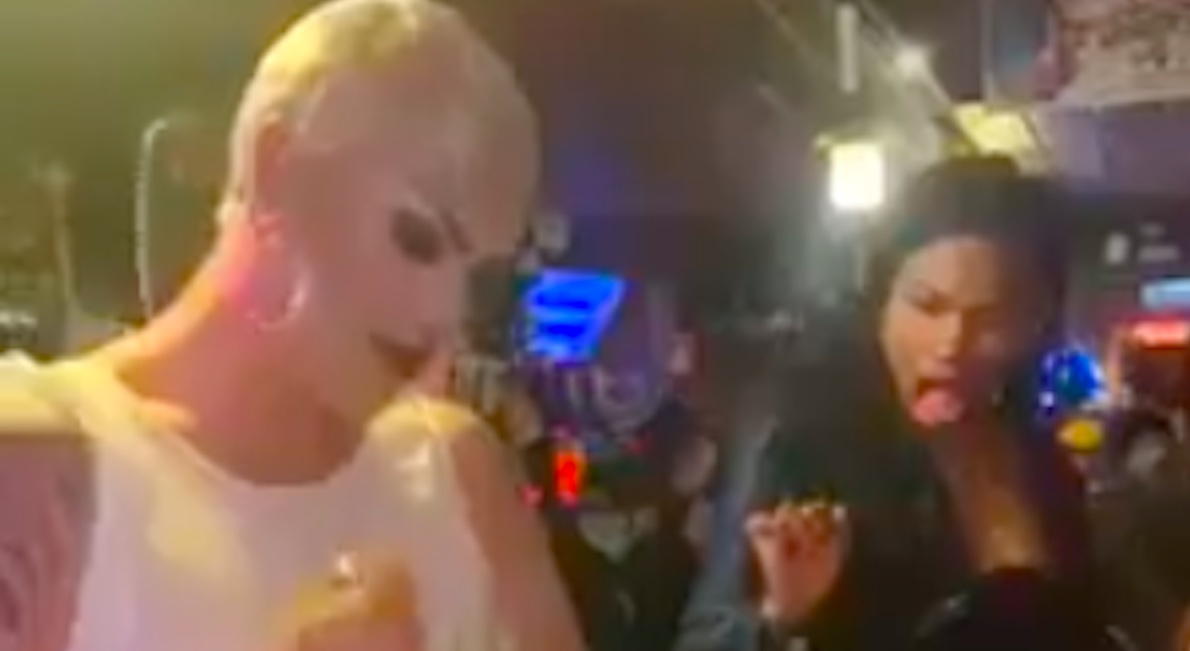 A video shared to Facebook has not only raised eyebrows, but is causing people to question the social media organization’s bias. Azeret Nichols posted a video of a drag queen performing in what appears to be a bar, singing along to Kesha’s “Cannibal,” while sporting a fake pregnant belly. After a moment, the drag queen takes a knife and begins cutting into the belly, and then reaches inside to dip his hands into fake blood, which he scoops into a glass and drinks. He then proceeds to pull a fake baby out of his stomach, continuing to lick and drink the fake blood. The video ends after the drag queen rips the fake baby apart and dances with it.

People were understandably outraged — not only because of the video’s content, but because Facebook refused to cover or censor the video in any way, as is often done with pro-life content. It was also criticized because it was allowed to remain up during Pregnancy and Infant Loss Awareness Month. The drag queen in the video, Blair Back, also posted gruesome photos on Facebook, which he captioned, “I had a girl. Her name is Anita Bortion.” He also posted a picture of himself before the “performance” wearing the pregnant belly, in which he wrote, “I’ve been having contractions all morning!!! I can’t wait to get these BABIES out of me.” He also mocked the responses from people who were offended by the video.

Other disturbing videos have surfaced from abortion supporters; one, for example, showed a group of college students playing “Abortion wars,” in which they stuffed balloons underneath their shirts and tried to stab each other, laughing and shouting, “Kill that baby!” A Netflix cartoon, “Bojack Horseman,” also featured an abortion storyline, in which a character sings, “Get dat fetus, kill dat fetus.”

Screenshots sent to Live Action News showed that after the “pregnant drag queen” abortion video was reported, Facebook reviewed it and said it didn’t violate their community standards. 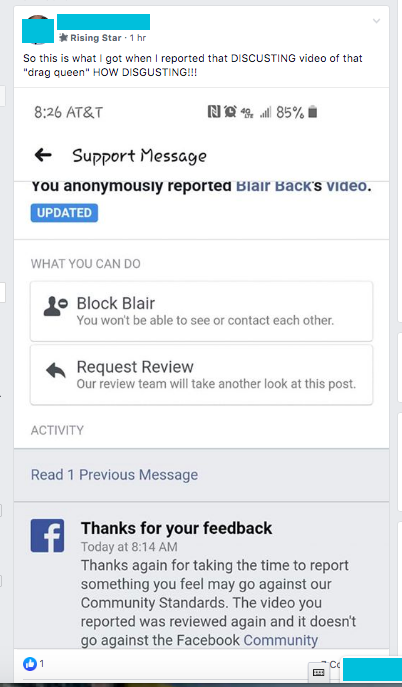 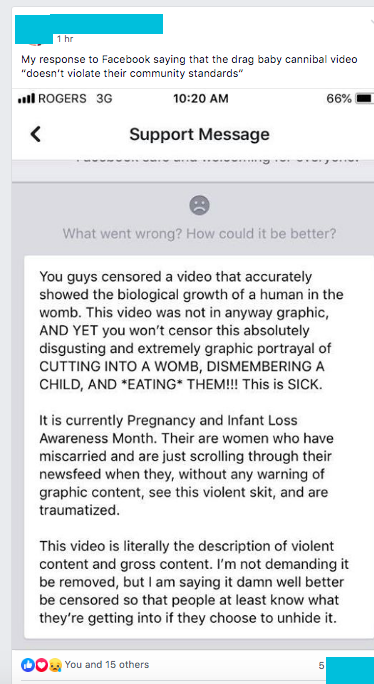 Meanwhile, posts that should have been completely uncontroversial — showing nothing more than the biological facts of human development — were covered, as more screenshots provided to Live Action News showed. 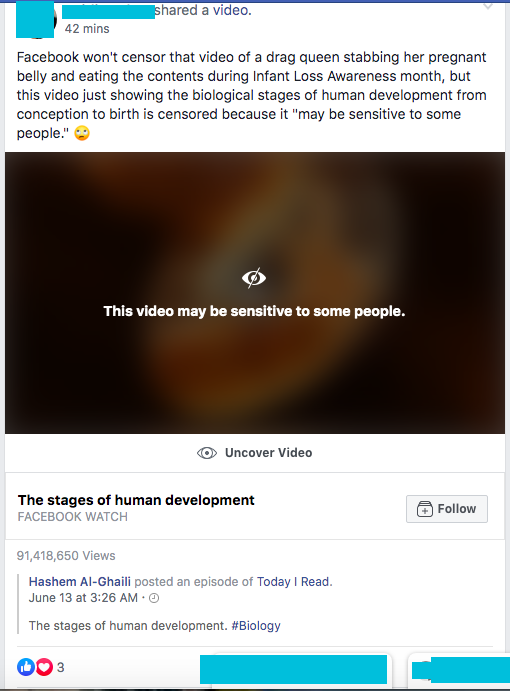 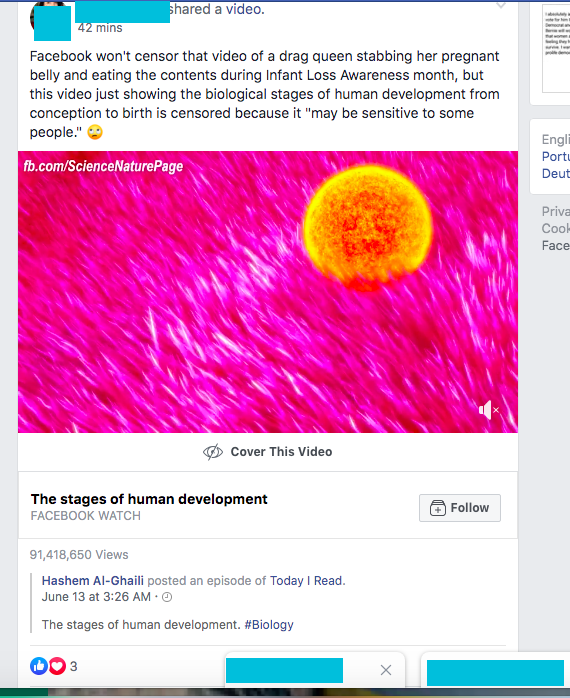 Facebook has also frequently censored Live Action materials, blurring out pictures of a baby in the womb, for example, or has removed other graphics, labeling them as “hate speech.” Facebook has also refused to allow Live Action advertisements, while allowing Planned Parenthood ads.

Perhaps most notorious example, however, was Facebook’s biased and inaccurate “fact check” of Live Action, which included misrepresented information from both Live Action and Live Action founder and president Lila Rose. Facebook founder Mark Zuckerberg admitted there was a “clear bias” to their fact check, though he did not go so far as to take action to prevent it from happening again.

The horrific drag queen video going uncontested by Facebook is another sign of the site’s pro-abortion bias. While pro-life information and content is frequently removed or censored, offensive content that makes a mockery of abortion and can be painful to anyone who has suffered a pregnancy loss is allowed to remain.