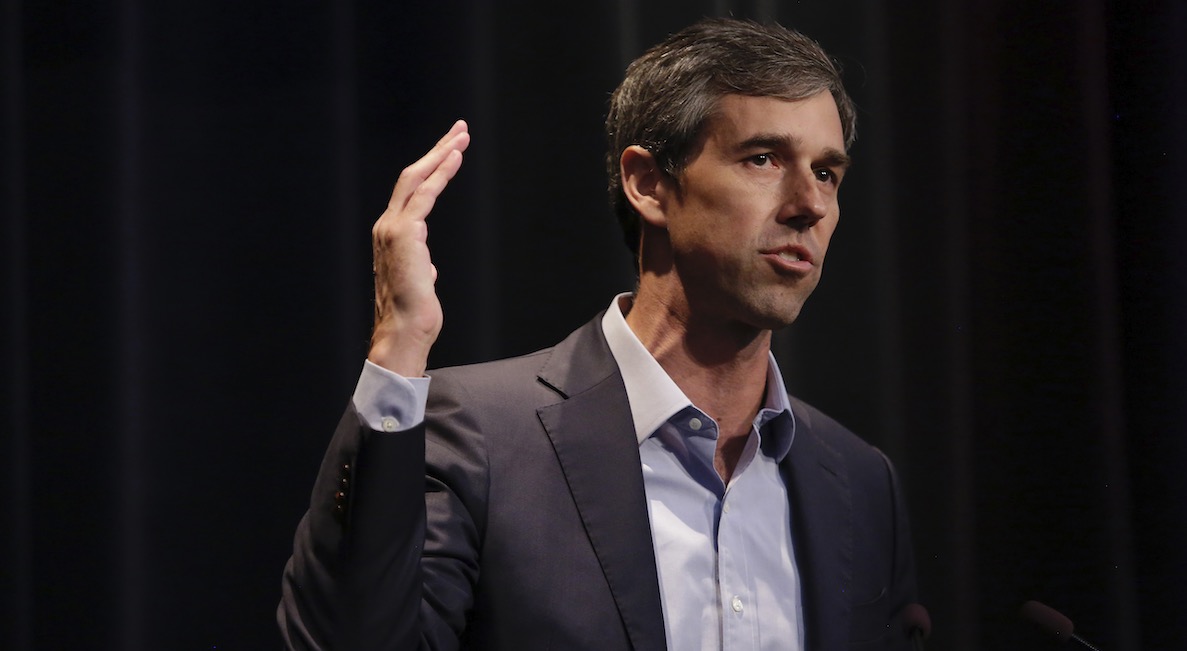 Presidential hopeful Beto O’Rourke has been unflappably, disconcertingly consistent in his extremist position on third-trimester abortions and the question of whether infants born alive after botched abortion attempts should receive medical care.

Back in March, O’Rourke was asked where he stood on third-trimester abortions when the baby could be delivered via cesarean section. The questioner even spoke about how late-term abortions are never medically necessary and how a multi-day late-term abortion poses significant physical risks to the mother. It should have been a softball question. Unfortunately, O’Rourke’s response did not even engage the question, instead trotting out the tired party line about how abortion “should be a decision that a woman makes. I trust her.” Frighteningly, he went on to clarify that he furthermore would have voted against medical care being given to viable babies who survived botched abortions.

And here, his comments on legislation protecting abortion survivors:

#NEW on @OANN: Democrat 2020 hopeful Beto O’Rourke says he would have voted against a GOP Senate bill that would have required doctors to provide medical care to babies who are born alive following an abortion. pic.twitter.com/cbjsGTnsfE

Then this past Monday, O’Rourke was again asked about third trimester abortions, which could include abortions anytime up to the point of birth. O’Rourke was still unable to commit to this common sense restriction on abortion, supported by a majority of Americans — despite the physical risks of a late-term, multi-day abortion procedure to the mother versus simply inducing labor or delivering the baby via cesarean section. When a man from the audience asked if O’Rourke believed that the man had no value on the day prior to his birth, O’Rourke essentially proclaimed that had the man’s mother wanted him dead, that would have been a right that he supports. “This is a decision that neither you, nor I, nor the United States government should be making. That’s a decision for the woman to make,” he replied.

No matter how you ask the question, my answer will be the same: The decision of whether or not to get an abortion is one neither I nor the United States government should be making. That’s a decision for the woman to make. pic.twitter.com/0AcwfGQ1dr

Of course, the Twitter crowd claims that abortions so late in pregnancy don’t occur. But one doctor chimed in with the truth:

Actually there is. More in late 2nd/early 3rd trimester, but most certainly a few do occur in late 3rd.

Presumably, O’Rourke is attempting to show his respect for women’s autonomy, “my body, my choice,” etc. But this position is woefully inadequate at best, and ignorant at worst, regarding the reality of what abortion is: the intentional, violent killing of a preborn (or even recently born, according to the Democratic candidates’ new ‘pro-choice’ position) human being.

As former abortion provider Dr. John Bruchalski pointed out in an August 2019 webcast about abortion in “the hard cases,” after 1973’s Roe v. Wade decision, a cultural attitude developed that pits the mother’s “rights” (bodily autonomy) against the child’s “rights” (right to life) — or lack thereof.

Data from pro-abortion sources tell us that, contrary to what abortion-supporting politicians would have us believe, the majority of late-term abortions (typically considered any abortion after 20 weeks, well into the second trimester) are not done for life or health of the mother or for fetal abnormalities.

In fact, approximately 80% of late-term abortions are done for elective purposes, according to a 2013 study conducted by the Guttmacher Institute. Certainly, late-term abortions represent a minority of all abortions — but they happen. What should be common ground among all people of good will– though sadly, isn’t — is the idea that killing children who could live outside the womb is unacceptable. Unfortunately, O’Rourke’s political ideology gets in the way of even this most basic premise.