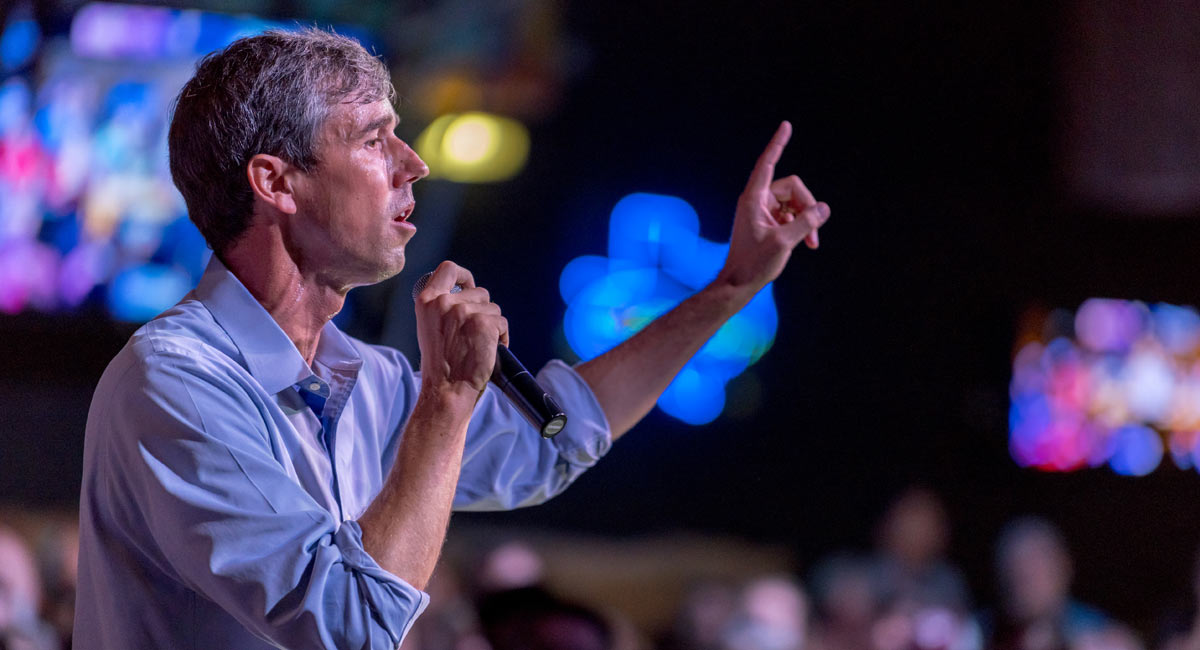 On April 25th, Democrat presidential candidate Beto O’Rourke claimed the nation’s largest purveyor of abortion is responsible for saving lives. He made the comments during a stop at the University of Nevada on his campaign tour last week.

When a self-described Planned Parenthood supporter asked O’Rourke how he would safeguard “safe” and “legal” abortion if he was elected president, he made a claim about “the lives that we are losing today in this country” due to lack of access to abortion and the need for “a woman’s right to make her own decisions about her own body.”

O’Rourke then highlighted how he thinks of Planned Parenthood as saving women’s lives:

As we shut down all these family planning clinics in my home state of Texas, we’ve made it so hard for women to just get any kind of healthcare at all, including access to a legal, safe abortion. … So when I connect the fact that family planning clinics, Planned Parenthood to be specific, in Texas is saving the lives of our fellow women, and it’s a life-and-death matter in this country — three times as deadly for women of color in this maternal mortality crisis that we have right now — I think I can find some common ground to ensure that we see the larger picture in our national public shared interest going forward.

The Democrat presidential candidate made no mention of the Federally Qualified Health Centers (FQHCs) that operate at nearly 300 sites around Texas specifically for low-income and underserved communities. Additionally, O’Rourke failed to mention anything about pregnancy resource centers that offer an array of professional — and free — medical, material, and emotional support to women.

O’Rourke also omitted the fact that, in recent years, Texas abortion clinics have been beset by problems. In 2016, 16 out of Texas’ 17 abortion facilities failed inspection, and one was fined $20,000. The abortion centers in the state have also come under fire for improperly disposing of fetal remains. In May of 2018, the FBI announced that it was investigating Douglas Karpen, an abortionist known as the “Texas Gosnell,” for multiple counts of infanticide, and for the death of at least one woman.

Earlier in the year, Beto O’Rourke came under fire when, on another campaign stop, he proclaimed that because he “trusts women,” he does not support requiring life-saving measures for infants who survive abortions.