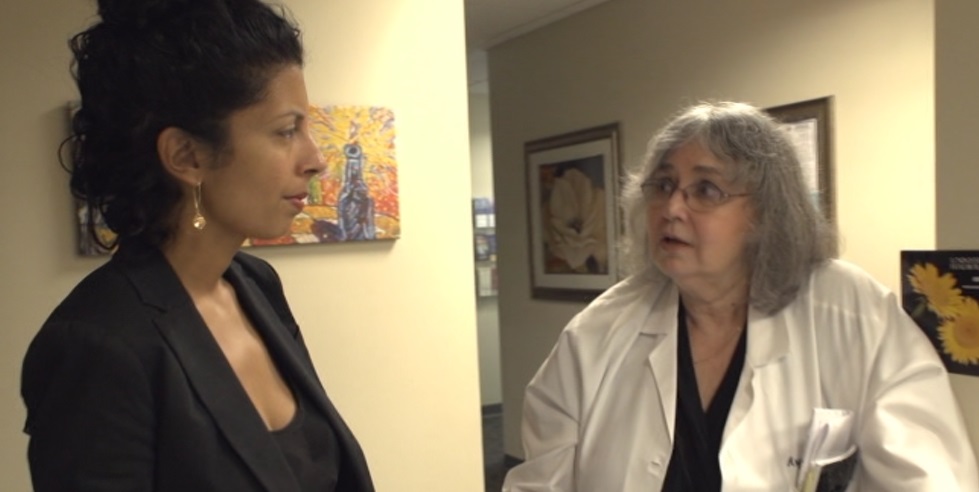 As a rising number of women experience breast cancer, how many are told that early childbirth is a preventive measure for the disease or that late-term abortions can increase breast cancer risk? While those in the pro-life movement may have heard these facts for years, one pro-choice filmmaker was surprised to learn what women aren’t being told.

In her search for the facts about breast cancer, the director of “Hush: The Documentary,” Punam Kumar Gill, spoke with experts on both sides of the issue. Gill, who considers herself a feminist, discovered that there are many facts about abortion and breast cancer that aren’t widely known:

According to breast surgeon, Dr. Angela Lafranchi, estrogen is responsible for the majority of breast cancer risks in women.

She detailed to Gill how this takes place.

“So, if you think about any breast cancer risks, they all have to do with when do you get exposed to estrogen and how much do you get exposed to? That causes the cells to proliferate, which means they multiply through division. And every time a cell divides through division, it has to copy its DNA. Every time a cell copies its DNA there are possible mistakes that are going to be made.,” Dr. Lafranchini states.

Changes to the breast tissue typically occur after estrogen reaches a higher point.

“That’s why the more menstrual cycles a woman has in her lifetime, the higher her risk of breast cancer…. One of the things that protects us from breast cancer is childbirth,” Lanfranchi said.

Dr. Lafranchi also points out that estrogen and progestin are found in oral contraceptives. 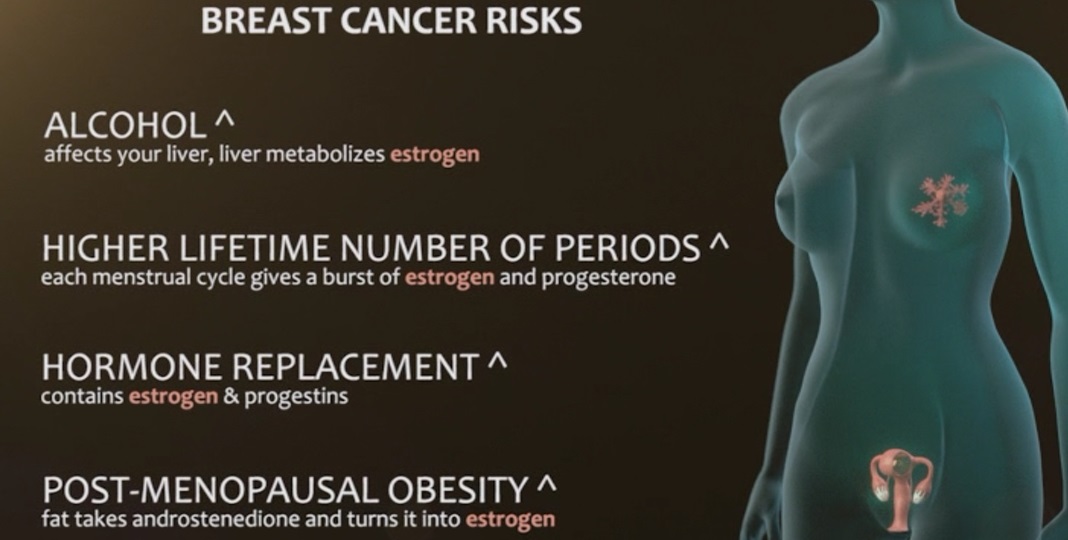 According to Dr. Lafranchi, as soon as a woman gets pregnant “and you have the embryo floating down the Fallopian tube before implantation,” the embryo “is producing HCG.” HCG stimulates the ovaries to produce 2000 percent more estrogen and progesterone.

“And when the HCG goes way up, you start putting out a lot of estrogen… And what that’s doing, its stimulating the mother’s breast tissue to grow,” Lafranchi stated. She adds that at this point the woman is making more of the type 1 and 2 cancer-susceptible lobules.

Lanfranchi warns that “it’s only after 32 weeks when the human placental lactogen level goes high that you start getting the full differentiation…. That’s when women start getting the protective effect of a full term pregnancy.” 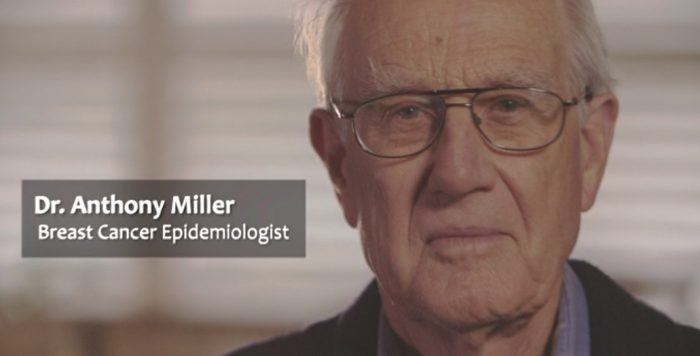 Breast cancer epidemiologist Dr. Anthony Miller told filmmaker Gill, “The fact that women are having children older is going to increase their risk of breast cancer…. This is something that they should understand.”

This fact was echoed by former abortionist and alleged “expert” on abortion Dr. David Grimes, who said that “[w]omen should know that early childbearing will confer protection against breast cancer.”

“However,” Grimes added, “the trend in the United States at least — I don’t know about Canada, but in the United States –we see later and later onset of first births… but women should know that if they do that, they increase their risk of perhaps breast cancer and also infertility. They may have a harder time getting pregnant when they decide to do so during their thirties.” 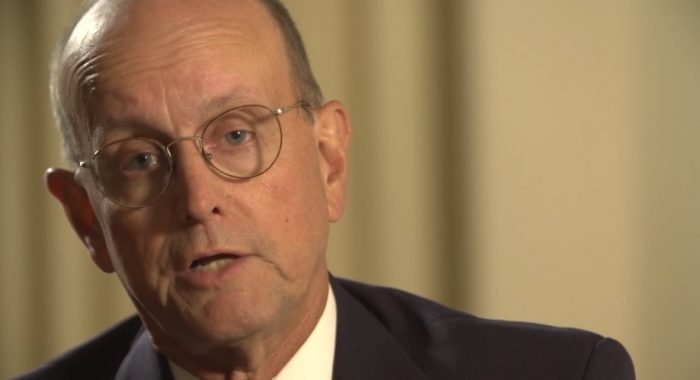 Despite repeatedly denying that abortion holds adverse risks for women, Grimes conceded that when it comes to breast cancer risks, “I absolutely believe that women should know all the truth that we know.”

“I have to admit, when I first heard the health benefits of having children and having them early it sort of irritated me. The notion of having children younger was at odds with the modern values that I held to. Of education and financial independence,” Gill remarks. “But I saw a growing irony. We were admitting and withholding fundamental knowledge about women’s health.”

Gill added, “If, as a society, we really believe in women having authority over our own bodies, choosing if and when we want to have kids, really planning our parenthood, should we not be entitled to all the information regardless of whether we want kids or not? Regardless of whether or not that information is at odds with the cultural norm?”

Dr. Ian Gentles, a professor at Tyndale University College, and a co-author of the book “Complications” has studied the issue and told Gill that this information has been known since the 18th century, because, “They found that nuns had a significantly higher rate of breast cancer than married women and of course nuns didn’t get pregnant.”

So, how does this tie into abortion?

“Abortion is one way of either never making you fully pregnant or delaying a full term pregnancy,” Gentles remarks, “And, the longer you delay pregnancy, the higher your rate of breast cancer,” he said. 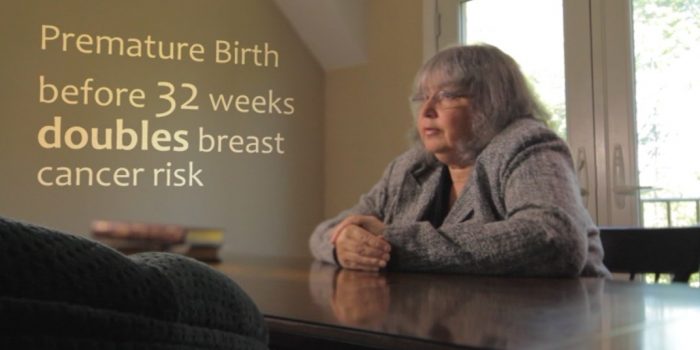 According to many of the film’s experts, the real protection for women is not just to have an early pregnancy, but to carry the pregnancy to term.

Dr. Angela Lafranchi explains that by interrupting the pregnancy with an abortion or miscarriage before 32 weeks, “a woman has exposed her breast with more places for cancers to start…. And that’s why induced abortion increases the breast cancer risk.”

After hearing this information for the first time, the pro-choice filmmaker recounted how she lost her first child in the last trimester, at just before 32 weeks, and relived the moment when she was rushed to the hospital with a severe form of preeclampsia (hypertension) without warning.

For Gill, making this documentary opened her eyes to three large studies that investigated preterm births prior to 32 weeks, which, she says, “all showed increased breast cancer risk.”

Gill pointed out that those studies also showed a decrease in risk associated with pregnancies carried beyond 32 weeks.

“In a strange twist of fate,” Gill commented, “I set out to investigate the health risks for women who’ve had abortions. And now, I was faced with my own breast cancer risk.”

“If what Dr. Lafranchi said was true about abortion and premature birth, that meant that my health and my life could be at risk once again,” the filmmaker lamented.

Gill analyzed a lot of data in the film and concluded:

If you’re a North American woman your lifetime risk of breast cancer is 1 in 8. Lets say at 20 years old you get pregnant for the first time. If you have the child you decrease your risk by a third to about 1 in 12.

If you have the average abortion at about 8 weeks, there seems to be an increased risk of about 20 to 40 percent. Which means your lifetime risk could be 1 in 6.

Then, you delay having a child until 30 years old; your lifetime risk is possibly up to 1 in 5. Even higher for someone like me with a late-term miscarriage, a late-term abortion, or a preterm birth before 32 weeks.