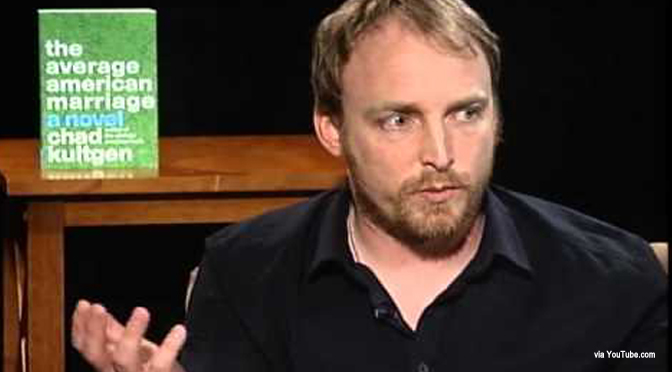 The supposed grad student who would have aborted her preborn baby if she didn’t get a million dollars from pro-lifers may have been fake, but the only marginally-more-scrupulous agendas of pro-aborts are all too real.

Whenever something embarrasses your cause as badly as a courageous challenge to your opponents’ heartlessness and hypocrisy turning out to be some cheap marketing ploy, it takes some time to settle on the official damage control line. Thus, we see Corinne Redfern at Marie Claire and Samantha Allen at The Daily Beast make two attempts from opposite ends.

Redfern takes the classic “fake but accurate” approach, arguing that the small matter of the desperate young pregnant woman not existing doesn’t make the message of author Chad Kultgen “any less powerful.” She claims it highlighted the “far right’s” “struggle” to reconcile our belief in fetal life with refusing to help the reality-challenged extortionist.

Because abortion “is heavily restricted,” women are forced to “desperate (and dangerous) measures in an attempt to retain control of their bodies.” So why not “as[k] pro-lifers to put their money where their mouth is and prove how much they care about one unborn child’s future”?

Well, anonymity making it impossible to know you’re not shelling out to a fraud like this turned out to be is one reason. Another is in Redfern’s own post, where she quotes—but has no answer for—Operation Rescue president Tory Newman’s question, “What would stop her or a thousand other women from just getting pregnant and thinking the pro-life movement would give them a million dollars?” That’s why ransoming is a crime and why negotiating with terrorist hostage-takers is bad policy—it both incentivizes future acts of violence and gives legitimacy to the extortionists’ demands. A third reason is that pro-lifers already put our money where our mouths are.

To her credit, that’s something Allen acknowledges in her response:

Someone knowledgeable enough to have a sophisticated critique of the pro-life movement—like Kultgen’s crowdfunding character on prolifeantiwoman.com—would already know that pro-lifers do put their money where their mouths are. The National Right to Life Committee (NRLC), which is the largest pro-life organization in the U.S., posted over $6 million in expenses in 2013. The Catholic organization American Life League spent nearly $5 million in 2012. That’s not counting the money spent by other, smaller organizations, including the 2,500 or more crisis pregnancy centers in the U.S.

An actual educated pro-choice woman would be aware of these figures and would accordingly know that trying to extort pro-lifers proves nothing.

It’s something of a backhanded compliment, though, because her point is to illustrate how the hoax was “so easy to spot from a distance” that pro-lifers only fell for it because we were already “inclined to buy into the idea of an atheist intellectual woman who holds a fetus hostage for cash.”

She’s wrong on two counts. First, the Fox News report she cites among the gullible quotes our very own Lila Rose as pointing out that “we don’t know the authenticity of this story,” the Christian Post framed the story as unverified from the start and has the March for Life’s Jeanne Mancini also stressing that “There is no information that would give anyone any level of trust,” and Christianity Today’s editorial was skeptical as well. Oh, and at least one prominent, enlightened pro-abort was duped after all—Abortion Rights Coalition of Canada executive director Joyce Arthur said, “It sounds sincere.”

Second, while some pro-life analysis did take the story at face value (which is a common and legitimate approach: “assuming for the sake of argument…”), it was far more plausible than Allen suggests. As seen above, we already have at least one pro-abortion writer who thinks it would have been a perfectly legitimate thing to do. Our old sparring partner Robin Marty also endorsed the idea on the same grounds. Heck, “If you think I should have this baby, why don’t you pay for 18 years of school and daycare?” is such a pro-choice cliché that virtually every pro-lifer’s been on the receiving end several times over, and blogger Libby Anne became a pro-abortion internet sensation in 2012 for attacking us on those very grounds. So no, we shouldn’t put it past pro-aborts at all to be capable of this sort of thing.

Allen also complains that the real victims are poor pro-choicers, whom Kultgen unfairly caricatures as “militant atheist feminist intellectual[s]” out of some “evangelical fever dream.” You see, the book’s protagonist reacts to her pregnancy test by immediately swearing and Googling for the closest Planned Parenthood, which Allen can’t buy as “an authentic depiction of any possible human experience.”

If that’s so, she really needs to get out more. She seems to be appealing to the old “no woman takes abortion lightly” chestnut, but apparently hasn’t noticed her side shifting over to glorifying how easy it is to know abortion is right for you. That was, after all, a premise of Katha Pollitt’s book last fall, that abortion is “no big deal,” and last summer’s “abortion comedy” Obvious Child, in which abortion was “not presented as a major moral dilemma” and “never dwell[ed]” upon. Both works were widely cheered by the culture Allen assures us would never stand for such a casual approach to abortion.

If we can take anything useful away from this episode, let it be this: pregnant graduate student Karen Halloway’s plight may have been fictional, but so is everything about the pro-choice movement – what they tell the world about their victims, their enemies, and, as we see above, themselves. And ultimately, that deception matters far more than some z-list writer’s tasteless bid for attention.