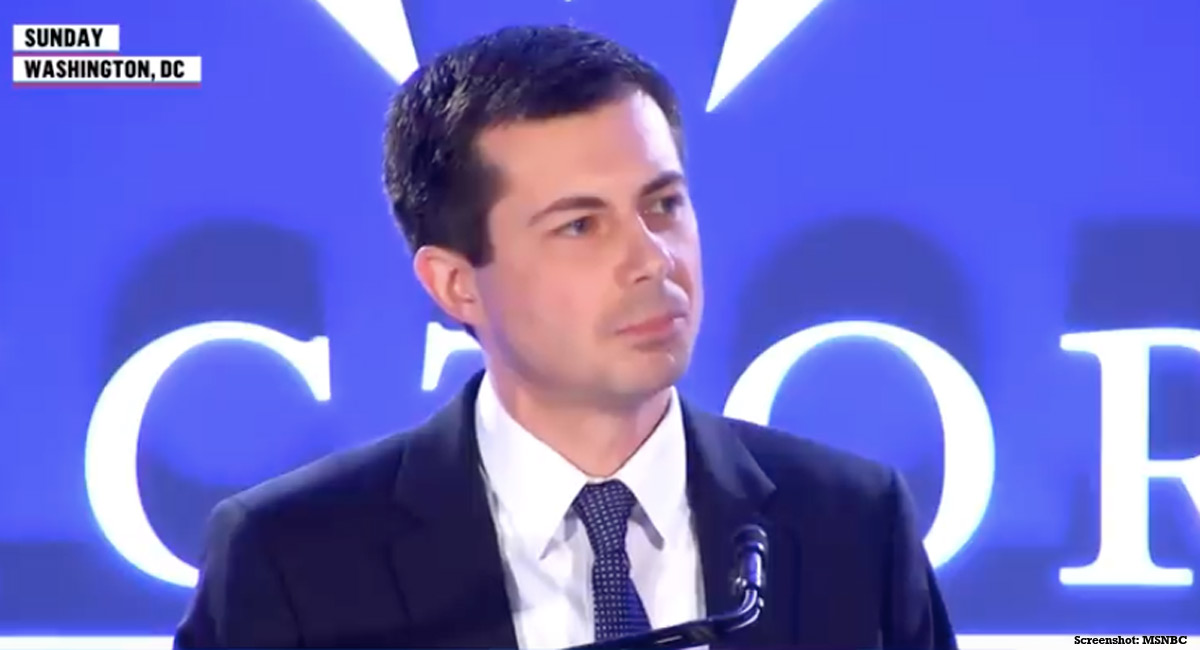 In an interview with “The Breakfast Club” on Friday, Democratic presidential candidate Pete Buttigieg confirmed his belief that abortion should be legal up until birth, but, shockingly, he called it a “horrible” choice.

When asked if he would be “okay with a woman, well into the third trimester, deciding to abort” her preborn child, Buttigieg, who has been outspoken of his support of abortion, said that the decision should be up to her. It’s important to note that about 80 percent of late-term abortions are elective.

“The bottom line is, as horrible as that choice is, that woman, that family, may seek spiritual guidance, they may seek medical guidance, but that decision isn’t going to be made any better, medically or morally, because the government is dictating how the decision should be made,” he argued.

If abortion is a “horrible” choice like Buttigieg said, then how can it be healthcare like abortion advocates claim? How can it be a simple medical procedure? How is it an act of reproductive freedom? The truth is that abortion isn’t healthcare or a simple medical procedure. It’s killing. And everyone – pro-life and pro-choice – knows this.  Buttigieg certainly knows it and that’s why he called it “horrible.” Because killing innocent human beings is horrible.

And since abortion is killing, it is imperative that the government dictates that it be outlawed. To say that abortion “isn’t going to be made any better, medically or morally, because the government is dictating how the decision should be made” shows that Buttigieg has blinders on. Child abuse won’t be “made better” because the government has outlawed it. Rape won’t be “made better” by the government getting involved and punishing rapists either. But the government outlaws these crimes because they are acts of violence. Guess what? Abortion is also an act of violence. Take the D&E abortion procedure. As explained in the video below by former abortionist Dr. Anthony Levatino, during a D&E abortion, the preborn child is killed as the abortionist tears his arms and legs from is body. Horrible and violent, yet a “choice” Buttigieg is happy to support.

In other portions of the interview, Buttigieg cited his Christianity as the reasoning behind his support of abortion through all nine months of pregnancy. He said that abortion is a “tough issue for a lot of people to think through morally. Then again, there’s a lot of parts of the Bible that talk about how life begins with breath, and so even that is something that we can interpret differently.”

Buttigieg gets it wrong about what the Bible says, but it’s interesting that he would even use religion at all to attempt to support his pro-abortion stance. Pro-choicers consistently use religion against pro-lifers by claiming that Christianity is the only reason people are against abortion and that they should “keep their rosaries off my ovaries.” So which is it, is Christianity for abortion or against it? In reality, pro-lifers are against abortion because of the scientific fact that life begins at fertilization and the moral code that we all know says its wrong to kill innocent human beings. There are no religious requirements for being pro-life. If pro-choicers refuse to allow pro-lifers to use religion as a reason to be pro-life, then pro-choicers shouldn’t be doing it either.

Buttigieg also criticized Republicans during the interview saying, “They are so busy attacking Planned Parenthood, I’d like to know what they think of unplanned parenthood.”

It doesn’t take much effort to figure that out. Pro-lifers think unplanned pregnancies are pregnancies like any other – with children who are gifts. Pro-lifers value the lives of preborn children – even if they weren’t planned – as well as the lives of the mothers who will be at risk for depression, drug use, alcohol use, and even suicidal thoughts if they choose abortion. That’s why pro-life pregnancy centers exist – to help women facing unplanned pregnancies see the joy rather than the struggle. Through pregnancy centers, pro-lifers help women with clothing, baby gear, parenting classes, housing, and more.

Abortion must be outlawed at every stage of pregnancy and pro-life pregnancy centers should be celebrated for the work they do helping women through and out of difficult situations without killing their children. Buttigieg is right. Abortion is a horrible choice – and one no woman should ever feel forced to make.