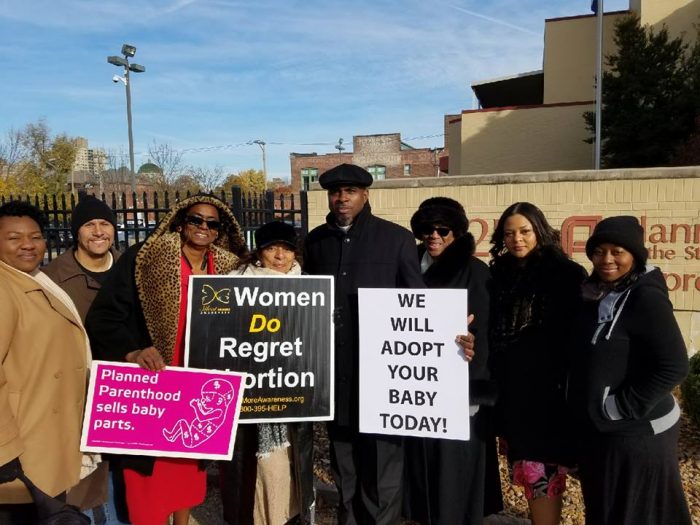 On November 11, 2017, a large group of Church of God in Christ (COGIC) bishops and pastors gathered outside Planned Parenthood of St. Louis to pray and decry Black genocide in their community as part of the COGIC’s Family Life Campaign, a partnership with Human Coalition. Catherine Davis, founder of the Restoration Project, called the event “historic,” adding, “Many who were out there were bishops. The significance of this was remarkable because of the level of influence each bishop and pastor has within the church and their various communities.” 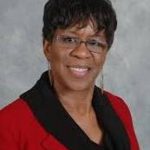 Davis told Live Action News that the pastors and ministry leaders participating in the prayer vigil were attending the COGIC’s annual convocation in St Louis. Although many Black pastors have stood outside Planned Parenthood and abortion facilities around the nation, Davis said she was unaware of a group of clerical leaders of this size participating at one time.

The St. Louis facility commits abortions up to almost 22 weeks and is known for its high number of 911 calls; it has sent at least 65 women to hospital emergency rooms since 2009.

“This location is located between two colleges, where they are targeting Black women,” Davis said in her live Facebook video. “We will not allow Planned Parenthood to target our women and we are taking a stand.”

The attendees from across the nation recognized how abortion was decimating the Black community, Davis said, and the group wanted women entering Planned Parenthood to know that help was available through the COGIC. 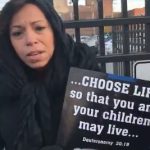 “We’re out here… to encourage women who come here for abortions to chose life instead of death for their unborn babies,” one of the attendees stated.

Another said the group was “prayerfully and peacefully serving women and encouraging them to make a healthy choice for themselves and their children.”

“Not only does abortion affect the woman but it affects everyone around her,” said another member, “And so we just want to make it clear that we stand against abortion today. And, we’re going to continue to be a part of the movement within our lives, within our church, and the community. ”

Others noted that they chose to participate to “pray against genocide” and “pray against population control” and against what Planned Parenthood is doing in the Black community by “aborting our babies.” 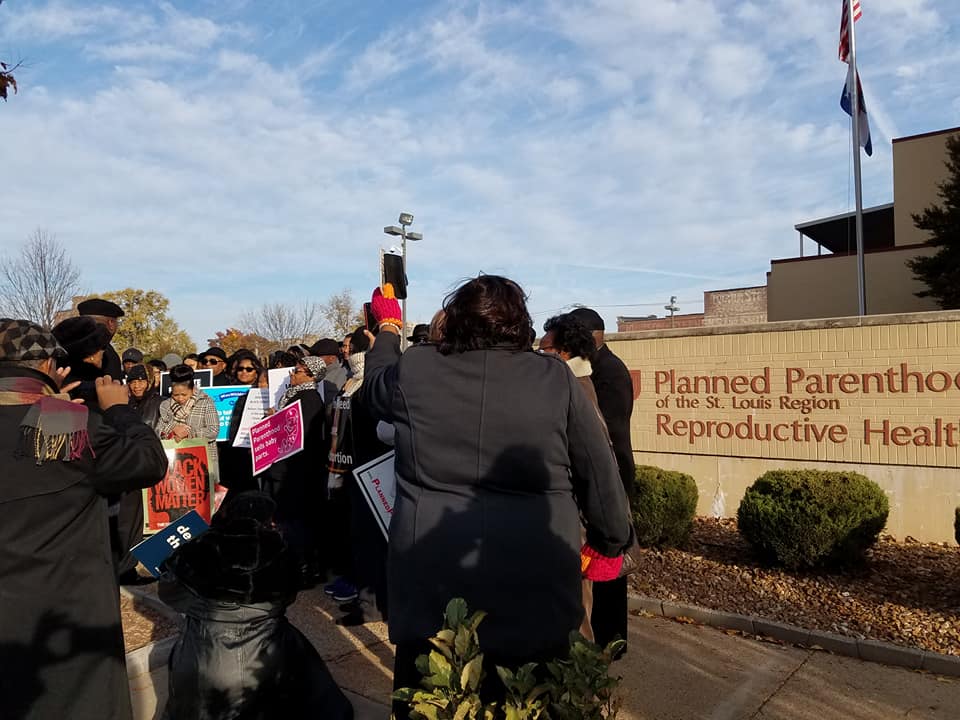 Bishop Vincent Matthews, president of the International Missions Department for COGIC, estimated the crowd at approximately 150 and described Planned Parenthood as a “lynching spot in St. Louis” where, “they lynch people, mainly Black folks but all kinds of people. Black people, white people, Latinos, Asians….” 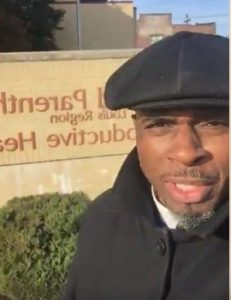 “This is the same city [St. Louis] that Dred Scott came to, to be free and they told him ‘go back and be a slave….’ — that he was not a real person. And they want us to go back to being slaves,” Matthews said.

Bishop Mathews regularly encourages members to adopt children from the foster care system as well as babies in danger of being aborted. “It’s about going home, rolling up your sleeves, and taking care of a child,” he noted.

According to Davis, Bishop Matthews also told the crowd that the “Church of God in Christ will not be a Negro Project denomination.” Matthews was referring to eugenicist Planned Parenthood founder Margaret Sanger’s “Negro Project,” pushing birth control on the Black community.

In a letter that Sanger penned to her financier Clarence Gamble, the Planned Parenthood founder schemed to use Black ministers to introduce their congregants to the “Negro Project” agenda because, she said, “We do not want word to go out that we want to exterminate the Negro population,” and if it did, these ministers could “straighten out that idea if it ever occurs to any of their more rebellious members.”

Pastor Dean Nelson, National Outreach Director at Human Coalition, attended the prayer vigil. Human Coalition has partnered with the COGIC’s Family Life Campaign to “advance their common mission of making abortion unthinkable and unavailable in America.” Nelson called the Church of God in Christ “one of the most Christ centered, socially conscience Black denominations in the country,” and explained to rally participants how abortion disproportionately impacts the Black community. He also pointed out that in New York, where Planned Parenthood founder Margaret Sanger opened her first facility, more Black babies are aborted than are born.

“And, her [Margaret Sanger’s] words to Clarence Gamble, head of Proctor and Gamble at the time, was ‘we don’t want word to get out that we want to exterminate the Negro population. And she used ministers in her diabolical plot.”

Nelson said the COGIC ministers were taking a stand against this eugenic, racist agenda: “We’re engaging with men and women of God in this country who happen to be African American that are saying we’re standing up and saying ‘NO MORE,’ not on our watch.”

Planned Parenthood and the media usually describe Sanger as a “birth control pioneer,” but she also met with members of the Klan, advocated eugenics, and supported the use of sterilization to rid the planet of the “unfit” (which, in her mind, heavily included minority populations). Sanger wrote of her meeting with the Klan in her autobiography:

I accepted an invitation to talk to the women’s branch of the Ku Klux Klan…. I saw through the door dim figures parading with banners and illuminated crosses…. I was escorted to the platform, was introduced, and began to speak…. In the end, through simple illustrations I believed I had accomplished my purpose. A dozen invitations to speak to similar groups were proffered.

But Planned Parenthood‘s ties to eugenics go well beyond their founder Margaret Sanger — and its diabolical agenda of targeting the Black community for abortion has had staggering results.

For years, pro-lifers have contended that abortion disproportionately affects the African American community. They point to US Census Bureau data estimates, which show that in 2014, while Blacks made up approximately 13 percent of the US population, CDC figures for 2014 reveal that non-Hispanic Black women accounted for 36 percent of reported abortions for “race/ethnicity.” And, according to abortion numbers reported by Planned Parenthood‘s former “special affiliate,” The Guttmacher Institute (founded by a leader of the American Eugenics Society), 28 percent of abortions reported to them in 2014 were committed on Black women.

A recent survey published by Guttmacher (which is funded in part by taxpayers) revealed that Black women had a higher rate of prior abortions, because the availability of taxpayer-funded abortions were a contributing factor for women who had at least one prior abortion.

Members of the COGIC denounced the genocidal effects of abortion, holding signs that read, “COGIC DENOUNCES BLACK GENOCIDE…. ABORTION IS THE #1 KILLER OF AFRICAN AMERICANS IN THE NATION.” 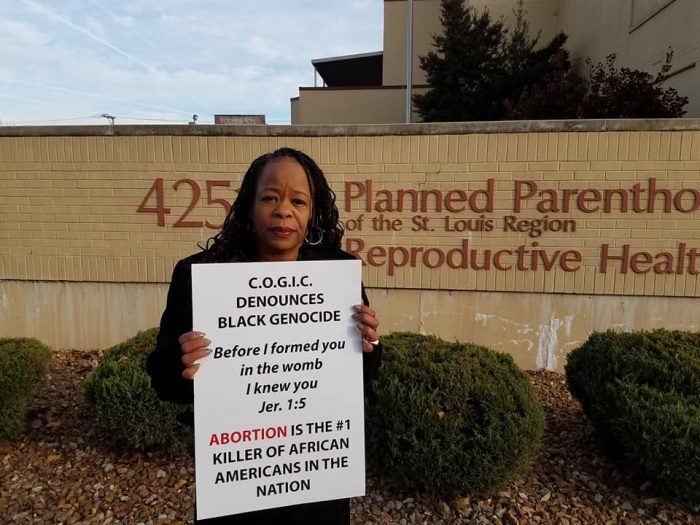 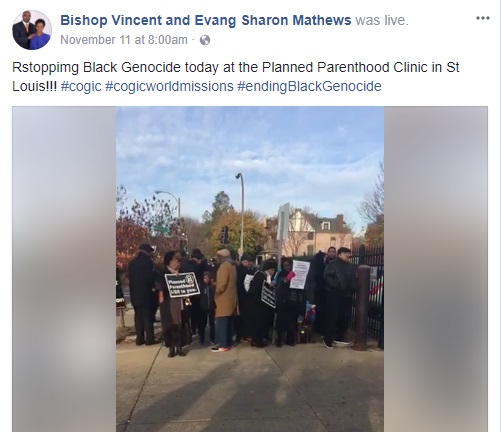 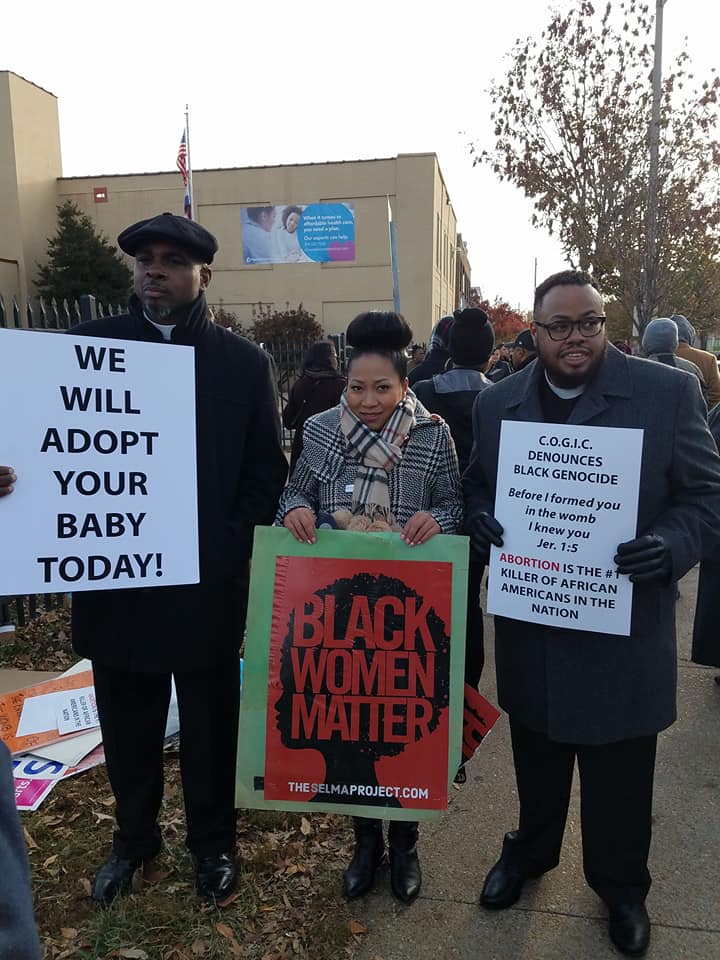 Bishop Patrick Wooden also spoke in a Live Facebook feed while outside Planned Parenthood, announcing, “We are here to say that all lives matter, especially the lives of the unborn.” 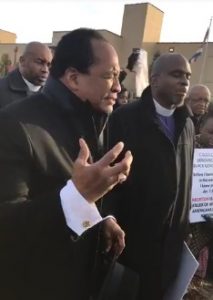 “We’re here to say that they matter…We are here and we are going to fight.”

“We had to be here… we’ve joined the fight,” said Pastor Michael Gantz from Las Vegas. “We feel very moved to stand up against this genocide…. We can’t just talk about it – we’ve got to be about it.”

Bishop Matthews added, “We want women who come here to know we don’t condemn you…. If you don’t have options, we will adopt your baby…. just don’t have an abortion.”