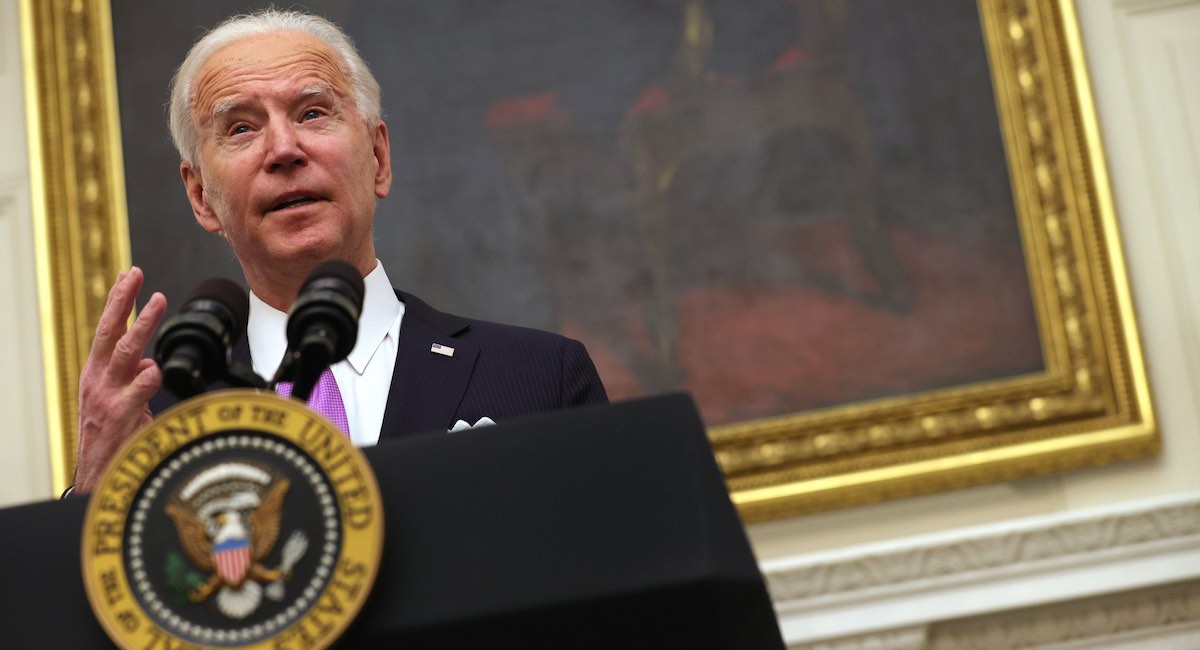 “The NY Times’ proclaimed ‘most religious president in half a century’ is now forcing taxpayers to pay for abortions internationally, directly targeting the vulnerable women and children that actual religious observers like Mother Teresa came to serve,” said Live Action founder and president Lila Rose in a press release. “Instead of leaning into the American promise engraved in the Statue of Liberty: ‘Give me your tired, your poor/your huddled masses yearning to breathe free,’ Biden targets other nations and funds programs which dismember and kill their most vulnerable children. As my friend Obianuju Ekeocha, Founder of Culture of Life Africa, reminds us, pushing abortion on other nations is not compassion, it is ideological neo-colonization. This decision is a dark day for our nation – it will lead to more deaths of more children and for that, Joe Biden should be ashamed.”

The Protecting Life in Global Health Assistance Policy — better known as the Mexico City Policy, after the location in which President Ronald Reagan first enacted the rule — bans U.S. federal funding for international organizations that commit abortions or refer women to abortion providers. Opponents have labeled it a “global gag rule” but the majority of Americans support it.

According to Newsweek, 75% of Americans oppose funding overseas abortions with taxpayer dollars, including 61% of those surveyed who call themselves “pro-choice.” Similarly, a January 2021 Marist Poll found that 77% of Americans oppose using tax dollars to support international abortion, including 64% of those who consider themselves to be “pro-choice.”

Since its inception, the Mexico City Policy has been rescinded by every Democratic president and reinstated by every Republican president. Former President Donald Trump followed suit and reinstated the policy, but he also expanded it. In addition to applying the policy to the U.S. Agency for International Development and the State Department, Trump extended it to apply to other agencies that distribute foreign health assistance, such as the Department of Defense and the General Services Administration.

Though Biden believes the policy hurts global public health, evidence proves otherwise. A Government Accountability Office report found that Trump’s expansion of the Mexico City Policy succeeded in withholding millions of dollars from global abortion giants such as Marie Stopes International (recently renamed as MSI Reproductive Choices) and the International Planned Parenthood Foundation. In addition, a State Department review found that just eight of the 1,340 organizations that had previously been receiving funding from the U.S. declined that funding because of the Mexico City Policy.

Despite this, Vice-President Kamala Harris wants to see the Mexico City Policy permanently rescinded by way of the Global Health, Empowerment and Rights (HER) Act. Abortion, however, is tied to the human sex trafficking crisis and organizations that will now be able to again receive funding such as MSI Reproductive Choices have faced scandal after the organization’s facilities were caught committing illegal abortions.

Abortion is not health care because it exists solely to end the life of an innocent human being and it is never medically necessary. It also does not empower women, but rather leaves them with deep trauma that they carry with them through life. Abortion doesn’t help women rise above their circumstances, but rather, is another burden to bear. Women do not need the United States to buy abortions for them, but they do need assistance with accessing basic health needs — especially amid the COVID-19 pandemic.