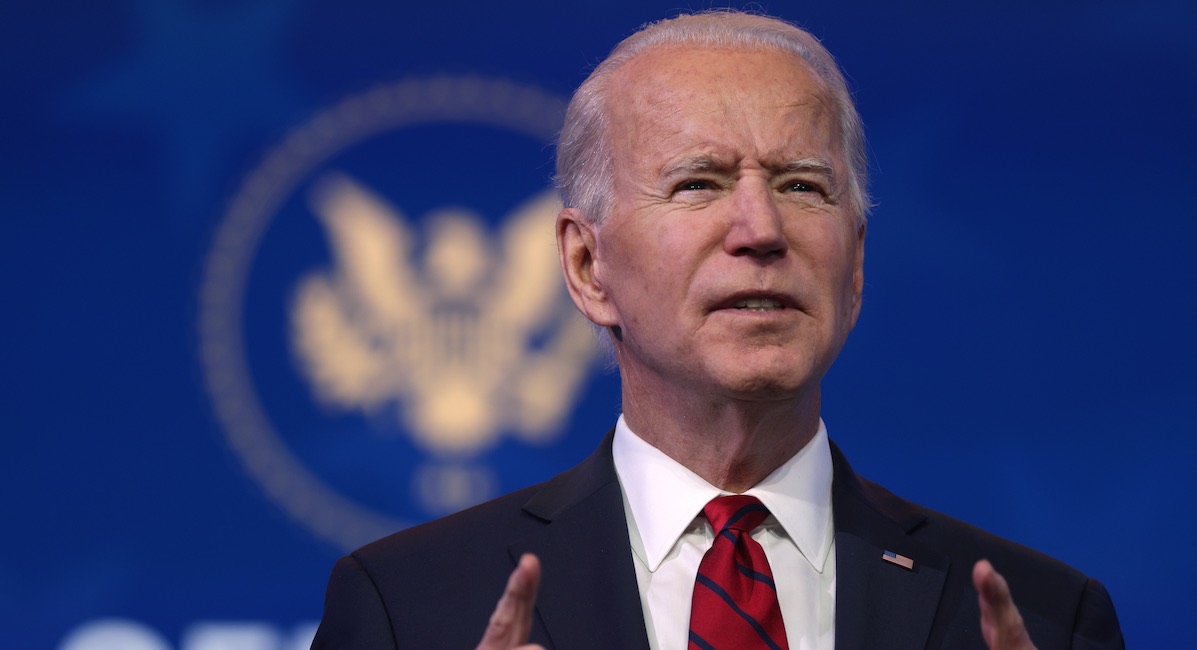 The incoming administration of President Joe Biden is preparing to undo the multiple pro-life policies enacted during President Trump’s term. For pro-abortion organizations like Planned Parenthood, the window to government-funded abortion on demand through all nine months of pregnancy has been blown wide open.

Planned Parenthood president and CEO Alexis McGill Johnson called it “exciting” that the new administration includes “champions” of abortion who will “undo the harm” caused by pro-life policies. But the pro-life movement will not back down from the fight to save lives.

“It’s certainly disheartening, but we aren’t going to give up, and we will do whatever we can to stop abortion from being promoted,” said Carol Tobias, president of the National Right to Life Committee. She told NBC News that she expects an uptick in pro-life laws at the state level in 2021, which could mean big changes to abortion law with the presence of three new conservative-leaning judges at the Supreme Court.

Though a practicing Catholic, Biden has quickly progressed further in support of even the most contentious pro-abortion policies, and is appointing ardent abortion supporters to his administration. Facing pressure from Planned Parenthood to spend his first 100 days in office enacting policies that will lead to an expansion of abortion, Biden has promised to take multiple pro-abortion actions.

Likely to be one of his first pro-abortion policy changes, Biden has promised to end the Mexico City Policy, which prohibits U.S. funding from going to foreign organizations that promote, refer for, or commit abortions. President Ronald Reagan was the first to implement the policy and it has been rescinded by every Democratic president and reinstated by every Republican president since that time.

The Trump administration, however, expanded the Mexico City Policy in May of 2017 with the Protecting Life in Global Health Assistance policy and allocated $8.8 million to international health programs that do not promote or commit abortions, including those for HIV/AIDS, maternal and child health, malaria, global health security, and family planning and reproductive health.

Biden has vowed to rescind the policy and restore U.S. funding of abortion overseas.

For 44 years, the Hyde Amendment has protected underprivileged women from being pressured into abortion by prohibiting the funding of abortion through programs such as Medicaid. The Hyde Amendment is supported by the majority of Americans and has been kept in place by every president since 1976, when it was first included as a rider in the Department of Health and Human Services appropriations bill. According to a study by the Charlotte Lozier Institute, the Hyde Amendment has saved at least 2.4 million lives from abortion, but the Biden administration seeks to end it for the first time.

Though abortion proponents have suddenly begun to claim the Hyde Amendment is racist, the truth is that without the amendment, 60,000 more preborn children will be killed by abortion each year — many of them minorities. History has shown that federal funding for abortion increases the number of abortions committed. If Biden refuses to allow the Hyde Amendment into the appropriations bill, he will be making vulnerable women and their babies easier targets for the abortion industry.

The Trump administration also changed the rules surround Title X funding, requiring participants to separate their abortion business from their family planning services both fiscally and physically. Planned Parenthood refused, and in doing so, forfeited millions of dollars in annual Title X funding. Those funds were then diverted to organizations that do not refer for or commit abortions.

Biden has vowed to “restore federal funding for Planned Parenthood” and is expected to scale back the Title X policy put in place by the Trump administration.

The Biden administration will also reinstate the contraception coverage mandate of the Affordable Care Act, which required private insurance plans to cover the cost of birth control — with no copayments. The Trump administration enacted a policy that allowed employers to make religious and moral objections to the mandate, a decision that was upheld by the Supreme Court in the case Little Sisters of the Poor v. Pennsylvania.

Biden will work to force even a group of Catholic nuns to pay for birth control against their religious beliefs. As president, he has the power to end the religious exemption.

Biden is expected to begin work immediately on disassembling these pro-life policies that have saved lives and protected religious freedom.