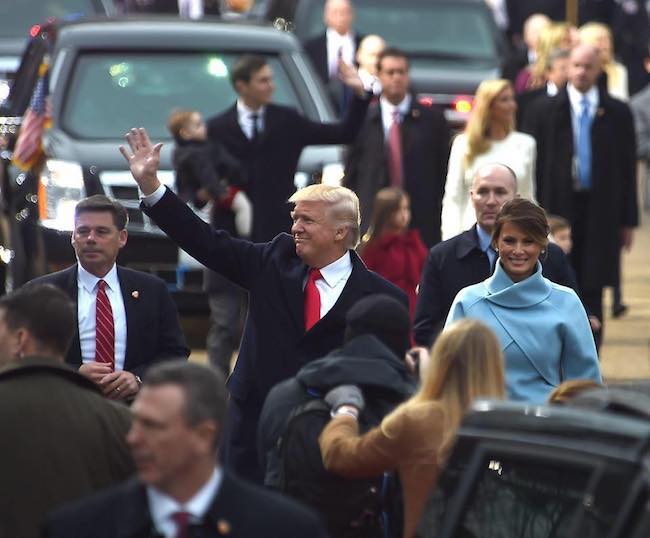 It’s been a year since Donald Trump became the 45th president of the United States. While still on the campaign trail, Trump pledged to be a pro-life president, and while he hasn’t come through on all of his promises, he and his administration have made great strides in changing the way our government views preborn children and abortion. Here are four ways they’ve done that so far:

Within days of taking office, Trump reinstated the Mexico City Policy, stopping federal dollars from funding non-government organizations that promote or commit abortions overseas. That includes the International Planned Parenthood Federation and Marie Stopes International. If these organizations were to cut ties with abortion, they would once again receive federal funds. However, if they continue to commit and support abortion, they are no longer eligible to receive money from the United States government.

Then in May of 2017, Trump expanded on the Mexico City Policy with the Protecting Life in Global Health Assitsance policy. This pro-life policy allocated $8.8 million for international health programs that do not commit or promote abortion, including those for HIV/AIDS, maternal and child health, malaria, global health security, and family planning and reproductive health.

In April 2017, the Trump Administration defunded the U.N. Population Fund (UNFPA), an agency that has promoted forced and coerced sterilizations and abortions in China. The forced abortions are known to occur through all nine months of pregnancy.

Trump also came through on his promise to nominate pro-life federal judges including Neil Gorsuch whom he nominated to the United States Supreme Court. Gorsuch came with a pro-life track record, including siding with Hobby Lobby when the company took on the Affordable Care Act’s contraception mandate. He also supported the Little Sisters of the Poor in their own battle over the mandate. He sided with the state of Utah when it defunded Planned Parenthood. Long after Trump’s presidency comes to a end, his pro-life pick in Gorsuch will affect the United States and hopefully, abortion.

Trump also placed pro-lifers in positions within the Health and Human Services Department including Teresa Manning as deputy assistant secretary for population affairs overseeing the federal funding for family planning programs, and Charmaine Yoest, former president of Americans United for Life, as assistant secretary of public affairs. HHS announced it October 2017 that it would allow non-profit and for-profit organizations to qualify for moral and religious exemptions to the contraception mandate under the Affordable Care Act. In addition the HHS made noticeable changes to their strategic plan for 2018-2022 when it included the preborn as American people worthy of protection.

Another pro-life win brought about by President Trump was allowing states to remove Title X funding from Planned Parenthood due to its commitment to abortion. This allows each state to defund the abortion corporation.

Recently, Trump vowed to sign the Pain-Capable Unborn Child Protection Act which passed in the House. The Senate is scheduled to vote on the act by the end of January 2018.

On January 19, 2018, Trump became the first sitting president to address the annual March for Life live, on camera, from the White House, vowing to “always defend the first right in the Declaration of Independence, and that is the right to life.”

Then on January 22, 2018, the 45th anniversary of Roe v. Wade, Trump announced that from now on, January 22 would be known as National Sanctity of Human Life Day, cementing his commitment to preborn humans. He stated:

Today, we focus our attention on the love and protection each person, born and unborn, deserves regardless of disability, gender, appearance, or ethnicity. Much of the greatest suffering in our Nation’s history — and, indeed, our planet’s history — has been the result of disgracefully misguided attempts to dehumanize whole classes of people based on these immutable characteristics.

While the Trump Administration has not been able to yet federally defund Planned Parenthood, the Department of Justice has begun an investigation into the organization’s trafficking of body parts from aborted babies.

If the past year is any example, pro-lifers have good reason to hope for even greater strides from Trump toward protecting the lives of human beings from fertilization to natural death.