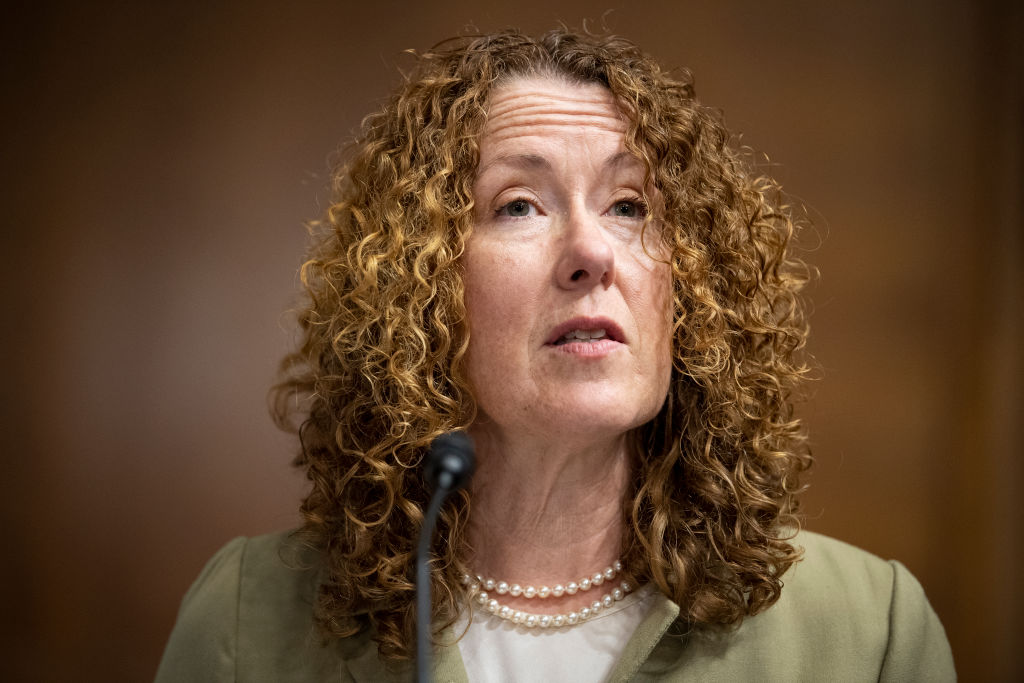 President Biden has nominated Tracy Stone-Manning to head up the Bureau of Land Management, even though she has advocated in the past for population control, and in an advertisement, referred to a young child as an “environmental hazard.”

In her 1992 graduate thesis, Stone-Manning focused on overpopulation and created eight advertisements to convince Americans to have fewer children. According to reporting by the Daily Caller, Stone-Manning argued, “If there were fewer of us, we would have less impact [on the environment]. We must consume less, and more importantly, we must breed fewer consuming humans.”

The thesis included the image of a toddler with the caption, “Can you find the environmental hazard in this photo?” Underneath the photo, she wrote, “That’s right, it’s a cute baby. […] Stop at two. It could be the best thing you do for the planet.” 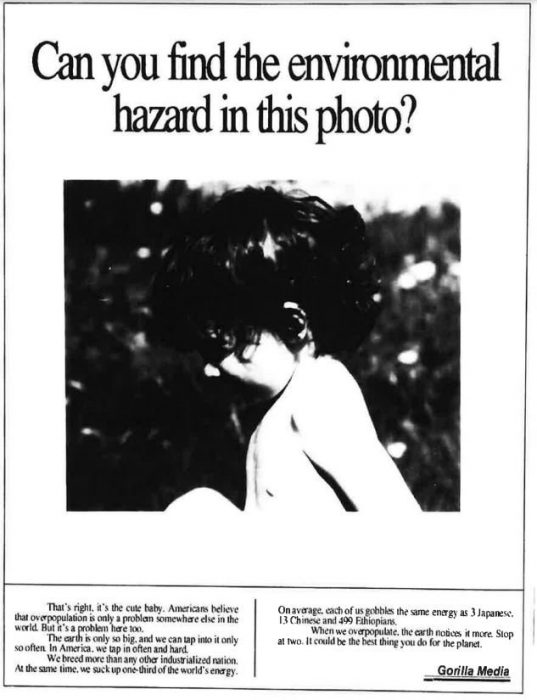 In addition, she wrote a script for a television ad that featured a woman drinking coffee and considering having a third child. The woman said to herself, “I know it would be my third baby, but there’s not a population problem here like in Africa or India … and besides, smart people like Bob and me should be the people having kids.”

The ad then cuts to footage of smokestacks and overflowing landfills with a voiceover that stated,

A child born in America will burn 499 times more energy than a child born in Ethiopia. And each year, Americans add two million energy-eating humans to the earth. We consume one quarter of the world’s resources, simply by living as Americans. When we have children, the planet feels it more. Do the truly smart thing. Stop at one or two kids.

Stone-Manning explained that the advertisements were geared towards couples planning a family to show them that “the earth can’t afford Americans.” She said she wanted the ads to be “ironic and shocking, because irony and shock have value. They stop readers and viewers, making them pay attention.” 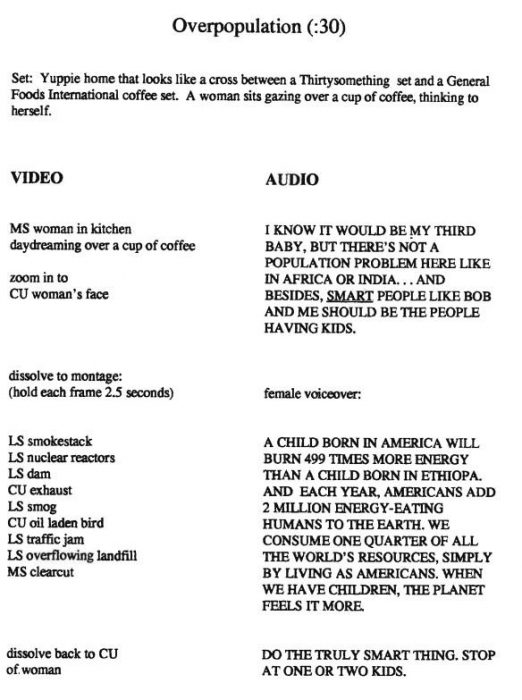 Dictating how many children a couple has is an overreach that has proven to have horrific results.

China’s population control policies have lead to forced abortions and sterilizations, the exploitation of women, and pregnancy discrimination. The human rights abuses that have occurred in China in the name of “family planning” have also caused a skewing of the male-to-female ratio, as parents abort their preborn baby girls or abandon their newborn daughters in hopes of having a son.

Yet, it is population decline that is of concern to economic experts. Researchers from the University of Washington’s Institute for Health Metrics and Evaluation said that the global fertility rate was nearly cut in half in 2017. It currently sits at 2.4%, but research published in the journal Lancet projects it will far as 1.7% by the year 2100. In some nations, the population decline has led governments to create incentives for couples to have more children and to raise the age of retirement.

In 2019, the United States birth rate fell to its lowest point since 1985. Based on statistics from December 2020, the birth rate is now below replacement level. More people are dying than are being born, which will have a detrimental impact on the economic future of the nation.

In addition to advocating for population control, Stone-Manning participated in eco-terrorism. In 1989, she testified against tree-spikers in exchange for immunity for herself. Tree-spiking is when eco-terrorists hammer metal spikes into trees; left unnoticed, the spikes damage the saws used to cut the trees down. But worse, they can cause serious injuries and deaths. The Montana Kaimin reported at the time that Stone-Manning was one of seven people served subpoenas, and was forced to provide fingerprints, palm prints, handwriting samples, and hair samples to the federal grand jury.

On Tuesday, the government watchdog group Protect the Public’s Trust filed a complaint with the acting U.S. Attorney for the District of Columbia regarding whether or not Stone-Manning lied to the Senate Energy and Natural Resources Committee about her involvement in the tree-spiking incident and calling for an investigation. Multiple senators have accused her of proving false answers to the committee, and want President Biden to revoke her nomination. Yet the Biden administration is continuing to stand by Stone-Manning, even as this damaging information becomes public.

“Tracy Stone-Manning is a dedicated public servant who has years of experience and a proven track record of finding solutions and common ground when it comes to our public lands and waters,” a Biden-Harris administration official said in a statement to Fox News. “She is exceptionally qualified to be the next Director of the Bureau of Land Management.”