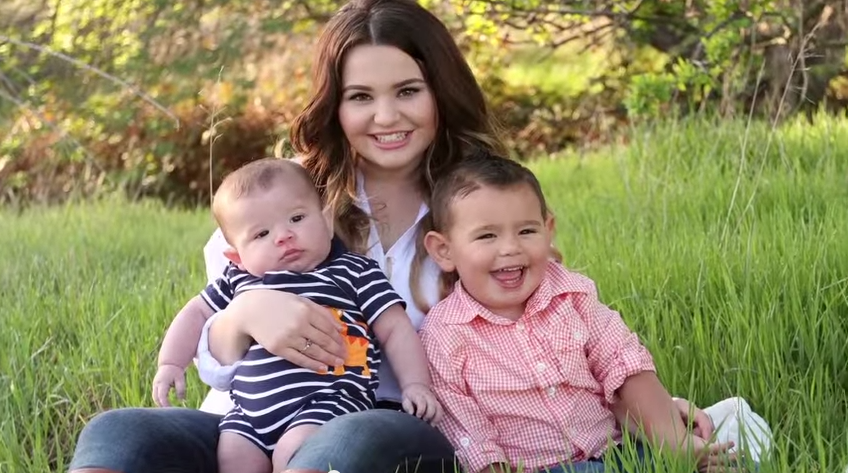 A growing number of mothers are doing something different about abortion: they’re changing their minds. Thanks to the efforts of 270 pro-life doctors, women who start a medical abortion can now reverse the procedure and, in 60% of the cases, they go on to have a successful pregnancy and birth.

Becky Buell is one of these women, and her story is nothing short of amazing. Facing Life Head On tells Becky’s story:

When Becky Buell of Sacramento, California, discovered she was pregnant with her second child at the end of her freshman year of college, she was scared and unsure of what to do. With her marriage falling apart, she feared she’d also lose the support of her parents. Becky chose to abort her baby by taking two drugs that cause a chemical abortion. She visited a Planned Parenthood facility and took the first drug, RU 486, while she was there. She was to take the second drug 24 hours later.

But immediately after taking the first drug, she regretted her decision and called the abortion pill reversal hotline (877-558-0333, abortionpillreversal.com) run by Culture of Life Family Services, the family practice of George Delgado, MD. The reversal treatment was successful and her baby was born healthy at full term.

Becky now advocates for women who change their minds, and she’s speaking out about Dr. Delgado’s work. Many women and doctors are unaware that a chemical abortion can be reversed if treatment is started quickly after the first drug is taken. Dr. Delgado and nurse manager Debbie Bradel are spreading the word and gaining the support and help of doctors across the globe. If hearts and minds can be changed in those first few hours following the chemical abortion, thousands of babies could be saved.

For more on the proven science behind Dr. Delgado’s work, go here. To get help to reverse an abortion, go to AbortionPillReversal.com or call 877-558-0333 right now.

Here is Becky’s story, in her own words: