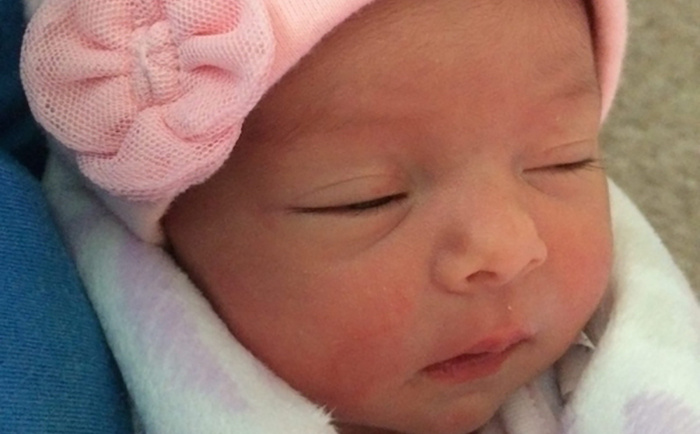 (Pregnancy Help News) — By the time Giselle entered the world in early December, she arrived fully equipped with her own protective detail of three older brothers. They’re old enough to know their sister is a precious addition to their family, but they’re years away from understanding just how priceless she is. What Giselle’s brothers will learn in time was that their mother, Samantha, was left high and dry by Giselle’s father and turned to a chemical abortion pill as what she felt was her only way forward.

Then, almost as soon as Samantha had taken the first of two chemical abortion pills — which ends a baby’s life in utero ahead of the second and final pill, inducing labor — she changed her mind and reached out to the Abortion Pill Reversal hotline [855-209-4848] for help.

Through the hotline, Samantha was connected to one of 350 providers in the nationwide Abortion Pill Reversal network trained in a life-saving protocol that starts with an emergency injection of progesterone used since the 1950s to prevent miscarriages.

Samantha’s daughter, Giselle, was born Dec. 1, 2017 — an event celebrated all month by Abundant Hope Pregnancy Resource Center in Attleboro, Mass., where Samantha had learned about the life-saving option before going in for her abortion appointment.

“For those who have been following along with the story of Sam, and the miracle of Abortion Pill Reversal, we are so excited to introduce her little girl, Giselle,” the pregnancy center posted in early December. “Born Friday, December 1st at 2:00 p.m. 6lb 3oz, 18 3/4 in. Both mom and baby are in perfect health and doing wonderfully. And her 3 older brothers are completely smitten with their new sister. Please send this beautiful family prayers as they begin their journey with a new bundle of joy!”

As previously reported at Pregnancy Help News, Samantha had tried three separate times to abort her baby, including the third time via chemical abortion. During one of the attempts, Samantha was in the waiting room at an abortion business when another woman’s name was called.

The woman’s name was Giselle.

“It was at that point, I felt like that was a sign of some sort, and I ended up just freaking out and leaving the appointment,” Samantha said.

Samantha is one of 400 mothers who have successfully rescued their baby from abortion via Abortion Pill Reversal since 2007, when two doctors — George Delgado and Matthew Harrison — began implementing the treatment independently of one another.

While abortion proponents have tried to stop nurses and doctors from educating themselves on Abortion Pill Reversal — a move effectively robbing women like Samantha of her choice to save her own baby — as many as 50 women are reaching out to the hotline every month to try and interrupt a chemical abortion.

“The ‘second choice’ we offer women who change their minds after taking mifepristone not only gives their unborn babies a fighting chance, it also provides an avenue for emotional and spiritual healing,” Delgado said.

For Samantha, now a mother of four, that “second choice” offered by Abortion Pill Reversal is making a world of difference for her family. And so is the relationship she’s forged with Abundant Hope, who not only told her about all her options, but is continuing to stand with Samantha and her children during their new season of life.

“They gave me strength to not go through with that that abortion — that horrifying thing that would have affected the rest of my life,” Samantha said. “It was just an ongoing struggle with what to do in my heart and my head. Abundant Hope has changed my life by being a good support system. When I don’t have anyone else to turn to, I give them a call — even if I just need to talk to them.” 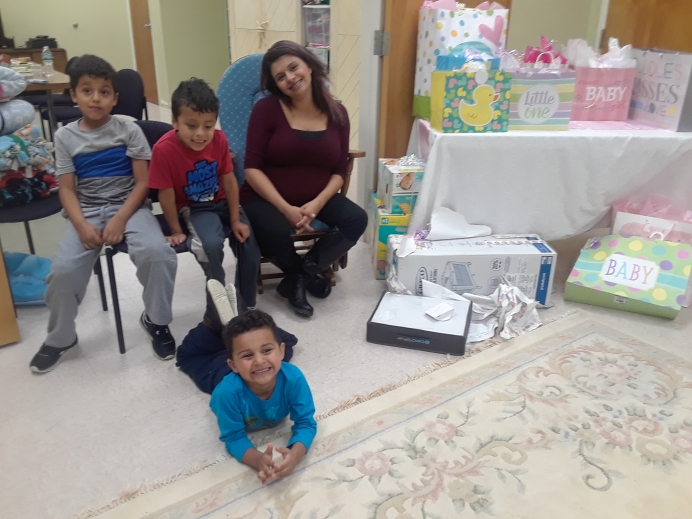 Editor’s Note: This article was first published at Pregnancy Help News on December 28, 2017, and is reprinted here with permission. You can subscribe to Pregnancy Help News here and find out more about Abortion Pill Reversal here or by calling the 24-hour, nurse-staffed hotline at 1-855-209-4848.