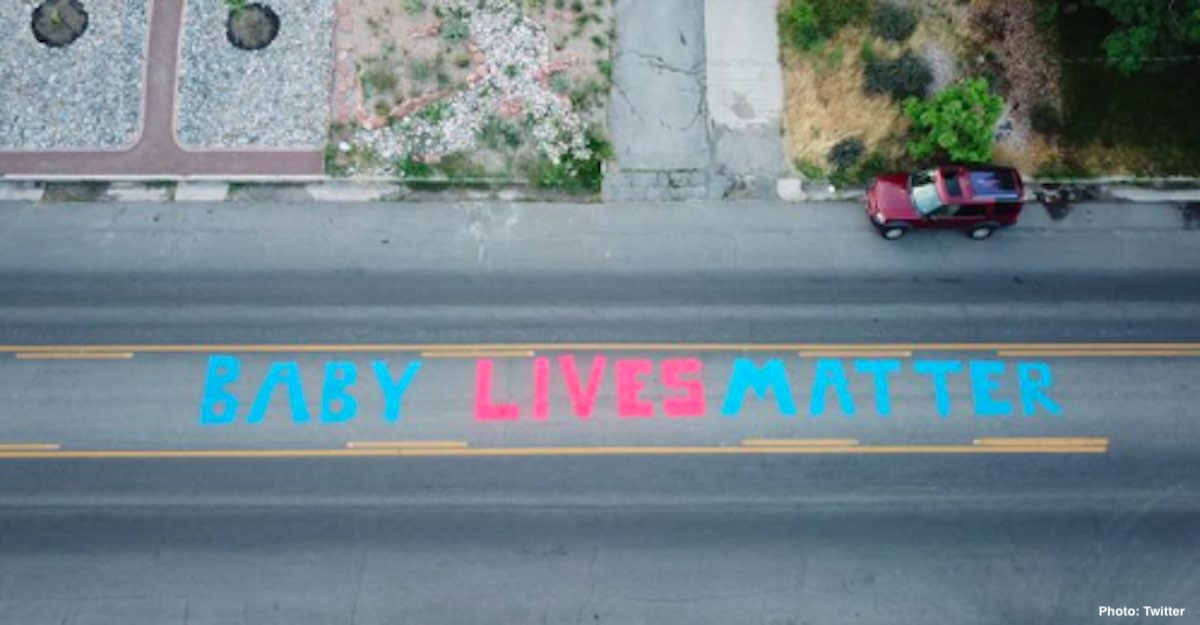 A pro-life artist painted “Baby Lives Matter” on the street in front of Planned Parenthood in Salt Lake City, Utah. Artist Tayler Hansen told KUTV that he painted the mural at 1:00 a.m. on Saturday morning, July 18th, because he wanted to raise awareness for life inside the womb.

Once leftists opened up public roads for political speech it was only a matter of time before a conservative response.

The pro-life artist was @TaylerUSA

Expect more of this: pic.twitter.com/IcoVpVY9C3

“With recent events unfolding, everybody knows about the Black Lives Matter murals unfolding around the nation,” he explained. “I thought I would bring awareness to one of the biggest human rights crises that nobody wants to talk about.”

READ: Former Planned Parenthood director: It is ‘very disturbing’ to piece aborted babies back together

Hansen said he used paint that would wash away easily and last no more than 10 days. As of Saturday morning, the mural was removed. Hansen wrote on Twitter on July 18, “The mural has already been desecrated and erased to an extent.. THIS IS NOT OVER!”

The mural has already been desecrated and erased to an extent..

THIS IS NOT OVER!

Benny Johnson, chief creative officer at Turning Point USA, tweeted images of the pro-life mural and his tweet was then shared by Donald Trump Jr. To date, the images have been shared about 40,000 times.

Planned Parenthood is the largest and most profitable abortion business in the United States, committing more than 40% of all abortions in the country every year. In its most recent annual report, the corporation reported that it committed more than 345,000 abortions in 2018 alone, an increase of about four percent from the previous year. As previously reported by Live Action News’ Carole Novielli:

Since 2000, Planned Parenthood has committed over 5.6 million abortions. An analysis by Live Action News found that in 2017, the corporation’s estimated abortion revenue reached nearly $200 million ($190.3), totaling 52% of its non-government health services revenue.

In Live Action investigations, Planned Parenthood has also been caught lying to women about fetal development and even abortion risks, to persuade women to choose abortion.