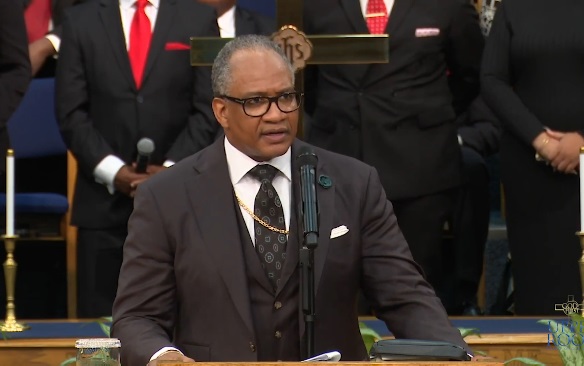 Remarks made by Bishop Patrick L. Wooden, Sr. during a sermon preached at the Upper Room Church of God in Christ are garnering attention for blasting the racist and eugenic history of Planned Parenthood founder Margaret Sanger. Wooden preached his sermon on January 27th, just days following the anniversary of the infamous Roe v. Wade Supreme Court decision which forced abortion on the nation.

“Everyone’s talking about being woke! Woke? And you didn’t know that Margaret Sanger said this?… How you going to be a woke church and don’t know this?” The Bishop then quoted the 1939 words Sanger penned in a letter to eugenicist Clarence Gamble regarding Planned Parenthood’s infamous “Negro Project.”

“You Bishops and Pastors and leaders out there, if you haven’t told your congregation about the number one killer of African Americans — an organization that kills more African Americans every two weeks than the Klan did in its entire history — you are not qualified to use the word ‘woke’,” he said. “For you are the epitome of being asleep!” Watch:

Live Action News has documented how, along with Sanger, many of her board members were also deeply entrenched in the racist philosophy of eugenics. And well after Sanger, Planned Parenthood remained a significant part of the eugenics community.

In the letter the Bishop referenced, Sanger expressed her desire to use Black ministers in furthering the organization’s agenda. She wrote, “We do not want word to go out that we want to exterminate the Negro population.” And if it did, these ministers could “straighten out that idea if it ever occurs to any of their more rebellious members.”

The Bishop preached his message after Bishop Elder John Amanchukwu responded to controversy that erupted when North Carolina Lt. Gov. Dan Forest spoke about Sanger’s racist eugenics during a Frederick Douglas Foundation event on Martin Luther King Jr. Day. Forest had stated in part, “There is no doubt that when Planned Parenthood was created, it was created to destroy the entire Black race. That was the purpose of Planned Parenthood. That’s the truth.”

Elder Amanchukwu defended Forest’s claims, saying, “What Margaret Sanger said – which is the issue at hand — she said she wanted to exterminate the Negro population. What does it mean to exterminate? What is the leading cause of death in our country?… Abortion,” he added. “So, we wanted to bring awareness to this issue… because we say it all the time.” 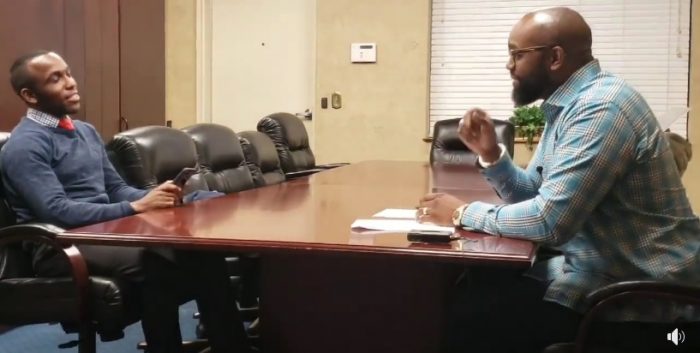 Elder Amanchukwu explained that his church maintains a regular presence outside a Raleigh abortion facility, even inviting  the reporter to come out and observe. He challenged the reporter, also an African American, who claimed he had “never heard this before,” to see first hand the disproportionate number of Black people seeking abortions at that facility because of Planned Parenthood’s targeting of the Black community.

“When you go to the clinic you will see a steady track of African Americans going into that abortion clinic…. I will pick you up… drive you over… so you can see the travesty, the slaughter, the holocaust that is being wrought on the general community at large and in particular the Black race,” Elder Amanchukwu said to the reporter.

When preaching to the congregation, Bishop Wooden stated with regard to Amanchukwu’s interview, “I know by now you’ve witnessed the interview and you saw how this young man masterfully stood for God’s truth. He did not allow himself to be manipulated by the media…. I thank God that we had a leader ready in Elder Amanchukwu,” Bishop Wooden said.

The church received criticism from both the NAACP and Planned Parenthood, but that did not impact the passion church leaders had to speak out.

… Since 1973, 46 percent of Blacks who should be here are missing due to abortion alone…. I don’t understand how any person of color… can have their John Hancock affixed to a political party that has in its party platform the support of an organization that supports a procedure that has wiped out 46 percent of African Americans since 1973. How can you do that and then call yourself woke?….

Even if [Martin Luther] King would have been for abortion, the God of this Book is not. And the last time I checked… we form our opinions and ideologies of life from the Bible, not from any political party and not from any human being, living or dead….

The Bishop’s church is part of the Church of God in Christ (COGIC), a primarily African American denomination which passed a strong pro-life resolution in November of 2019. It reads in part, “Abortion is genocide. Abortion must end to protect the life of the unborn. The Church of God in Christ opposes elective abortions…. [I]t is our prayer that the heinous industry of abortion will become morally reprehensible worldwide…. The killing of the innocent is not healthcare….”