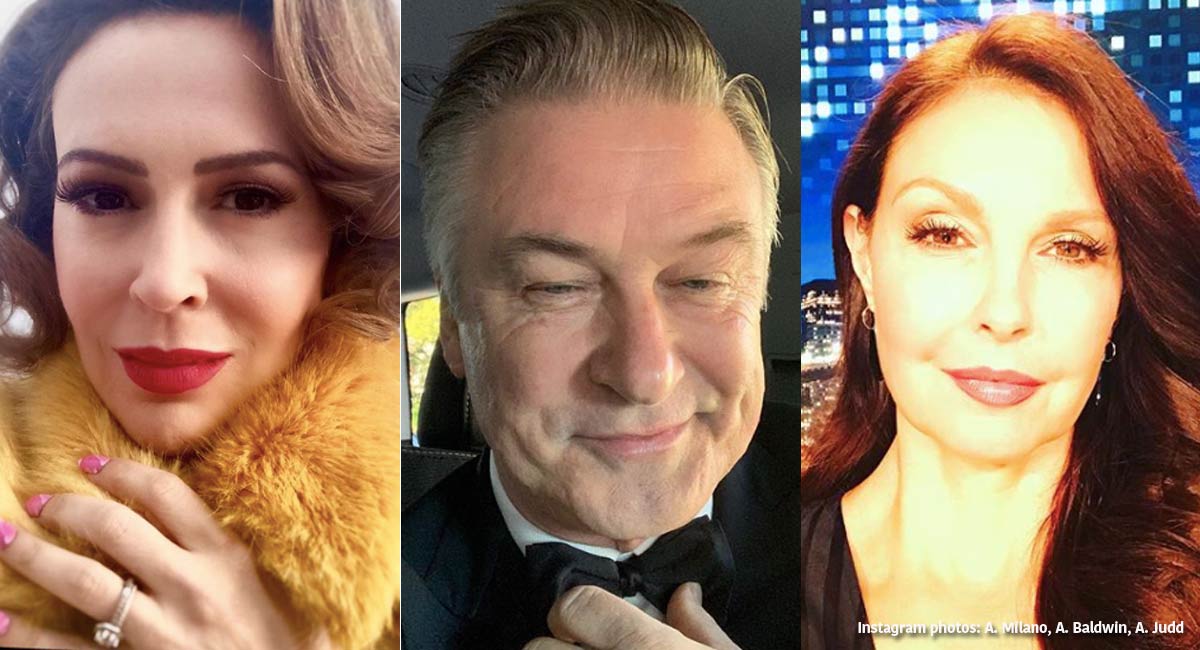 Led by Alyssa Milano, pro-abortion celebrities are threatening to take their film business out of Georgia should the state’s pro-life heartbeat bill become law. Believing their Hollywood status allows them a say in the laws of a state in which they do not vote, these celebrities feel their money is more valuable to the people of Georgia than the lives of innocent preborn Georgians.

Georgia’s heartbeat bill – HB 481 – passed in the state Senate this month and will be voted on in the state House at any moment. It will outlaw abortion when a heartbeat can be detected, though with exceptions for rape, incest, or the life of the mother (abortion is never actually necessary for health reasons). Republican Governor Brian Kemp has said he will sign it.

There are over 20 productions shooting in GA & the state just voted to strip women of their bodily autonomy.

In an article for Deadline, Milano said it “baffles” her that “instead of continuing to foster a pro-film environment, state leaders are going down a divisive road once again, refighting culture wars and jeopardizing one of the state’s biggest sources of revenue.” She claims “their target is women.”

However, Milano is overlooking her target: preborn children. She is turning a blind eye to the beating hearts of preborn human beings. Perhaps if she saw a preborn baby killed by having his arms and legs ripped off or by lethal injection that stops his beating heart, she would realize who the real victim is.

She goes on to say that women who work in Georgia’s film industry (most of them living in other states) need “their constitutional right to abortion” and that the heartbeat bill “takes that right away, forcing women to risk losing their jobs.”

Milano overlooks this fact: If a woman loses her job because she becomes pregnant, the problem isn’t with pro-life laws, the problem is with the woman’s employer or workplace.

And if the woman works in the film industry, then the problem is once again, Hollywood. Milano is one of the women behind the #MeToo movement, fighting against sexual predators who think people owe them sexual favors in exchange for jobs. But what she’s advocating for is the same thing. If actresses are at risk of losing their jobs unless they abort their babies, that is discrimination. There are laws against it, but Milano obviously isn’t aware of that and shockingly feels that it’s acceptable for Hollywood execs to fire a woman for becoming pregnant and therefore it is necessary for actresses to sacrifice their children to protect their jobs.

The letter states that the bill would “force many women to undergo unregulated, hidden procedures at great risk to their health.” Perhaps Milano, who is currently filming her Netflix show in Georgia, is unaware of how unregulated and dangerous the legal abortion industry is. Women wouldn’t be forced to have illegal abortions under this bill; the actresses could return to their home state or perhaps they could choose not to kill their babies. In fact, multiple studies show that when abortion is outlawed, most women choose life.

The celebrities want to “remind” Georgia’s leaders that “government is never bigger than when it is inside a woman’s body or in her doctor’s office.” But it is the job of government leaders to protect people, especially the most vulnerable — and that is preborn children. In a twist of irony, Milano supports Medicare for All, which would put the government directly into the health care business of all Americans. And abortion isn’t even health care; it’s the slaughtering of innocent human lives.

The Writers Guild of America (WGA) also warned Gov. Kemp on Tuesday that the “draconian anti-choice law would discourage people in our industry from working in Georgia and could harm the state’s vibrant film and television industry.” But the WGA made the mistake of admitting that abortion stops a beating heart, saying, “a fetal heartbeat is usually detectable approximately six weeks into a pregnancy.” Yet for some reason, they see fit to stop that heartbeat in the name of Hollywood film making.

These misguided Hollywood celebrities are attempting to control a state government, and they feel that their celebrity status gives them the right to do it. It isn’t the first time they have tried it. In 2016, Hollywood threatened to leave Georgia because of the Religious Freedom Restoration Act, which was vetoed by then-Governor Nathan Deal. The Georgia Senate and Governor have a chance to show that the celebrity illusion of power will not stop them from protecting innocent lives.

And the rest of us need to remind these celebrities that boycotts work both ways.