While Planned Parenthood and its political supporters attempt to downplay the number of the organization’s abortions using fuzzy math, even the Washington Post has concluded that “there is no accurate way to measure how much of Planned Parenthood’s activities comprise abortions.”

The Post addressed Planned Parenthood’s claim that abortions comprise only 3 percent of its business, calling it “misleading, comparing abortion services to every other service that it provides. The organization treats each service — pregnancy test, STD test, abortion, birth control — equally. Yet there are obvious differences between a surgical (or even medical) abortion, and offering a urine (or even blood) pregnancy test.” For its dubious claim, Planned Parenthood earned three Pinocchios.

This fuzzy math is actually known as “unbundling.” Basically, the idea is this: a woman comes in for an abortion, but while at Planned Parenthood, she receives a pregnancy test, an STI test, a “consultation” of some sort, an ultrasound, other lab tests, an abortion, birth control pills, etc. That one abortion visit isn’t just counted as an abortion visit; it has now become seven different services — only one of which is the abortion itself. Live Action summarized this scheme in a video published earlier this year. 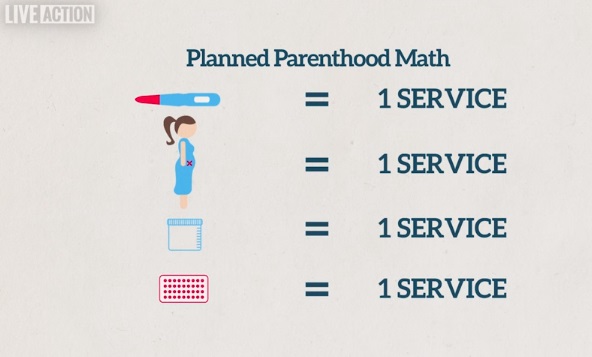 The steps to dilute the actual abortion numbers are basically as follows:

Planned Parenthood’s own reports state that it committed 328,348 abortions in 2015 alone.

A video published online by Planned Parenthood states (emphasis added), “Before your abortion, you’ll have an exam and lab test and possibly an ultrasound. And, you’ll meet with a nurse, doctor, or other staff to talk about your options and make sure abortion is the right decision for you.”

This claim about “talk[ing] about your options” was put to the test when Live Action used undercover investigators and found that abortion was the primary “option” that Planned Parenthood offers women. 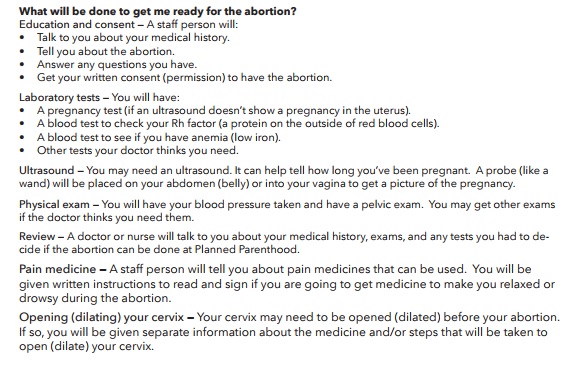 In other words, even if Planned Parenthood botches your abortion, you as the patient will be responsible. How comforting.

A separate information form (also from a Utah Planned Parenthood) is similar, and says the abortion includes: 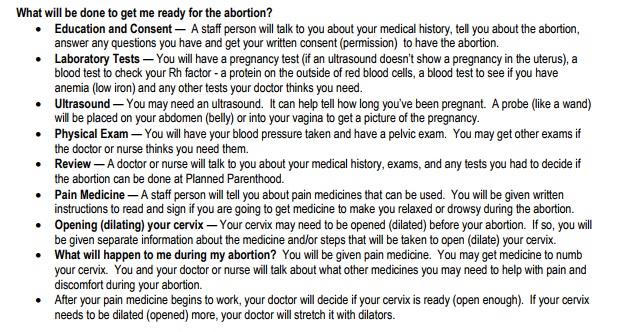 At the same time a woman commits to an abortion at Planned Parenthood, she can also receive contraceptives — which is, of course, another one of those “services” which would be counted separately. “If you’re interested in getting birth control, ask about getting an implant, IUD, shot, or prescription for another kind of birth control while you’re there,” Planned Parenthood states online.

The more “services” obtained in a single abortion visit, the more Planned Parenthood can make it look like abortion was just a tiny fraction of the reason for an abortion patient’s visit.

In fact, Planned Parenthood’s abortions have increased 24 percent in the past 10 years (264,943/2005 vs. 328,348/2015) and patient numbers have plummeted (Planned Parenthood has lost approximately 600,000 clients since 2011, according to its own reports) — yet that three percent statistic has never fluctuated. What are the odds? 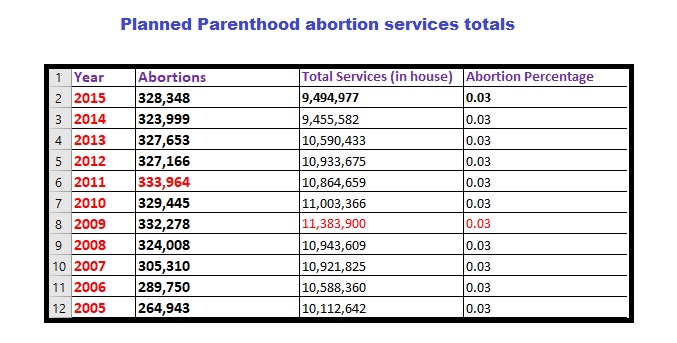 If “unbundling” services isn’t deceptive enough, former staffers have accused Planned Parenthood of billing the taxpayer for those same “unbundled” services received by patients during their abortion visits.

In testimony before a Congressional Committee in 2015, former Planned Parenthood manager Sue Thayer said that because she had access to the entire billing system for her affiliate, Planned Parenthood of the Heartland, she discovered that, the organization “would bill Medicaid for abortion-related-services – ultrasounds, office visits, blood tests, medications and other services that were part of an abortion. These type of Medicaid billings for abortion-related services have also been found by government auditors in New York and Washington State.”

If Planned Parenthood’s fuzzy math has shown us one thing, its that despite government funding nearly doubling between 2005 and 2015 (thanks in part to their political organizer president Cecile Richards), the abortion giant’s excess revenue over expenses (otherwise known as “profit”) is now at a stunning $77.5 million.

Not so fuzzy anymore, is it?