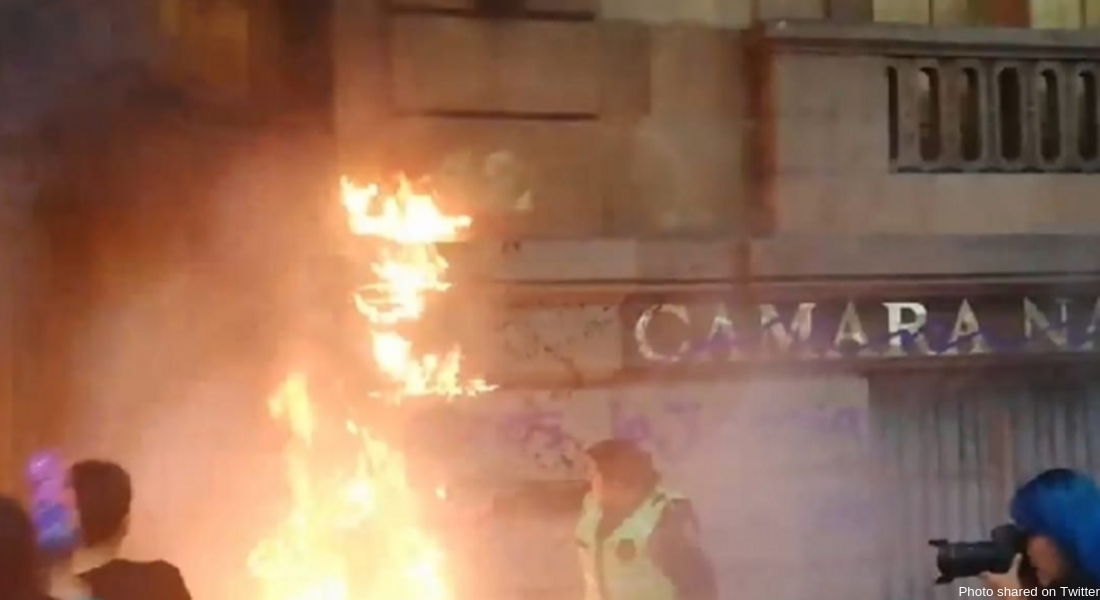 Abortion advocates attempted to burn down the Mexico City Metropolitan Cathedral along with a government building on Saturday during a protest organized to push for the legalization of abortion in Mexico.

Catholic News Service reported the incident, stating that Catholics stood in front of the doors to the cathedral in order to prevent the arsonists from entering the church and causing more damage. The police and firefighters were quick to help. Capital 21, a Mexican television station, also reported on the incident on Twitter.

Mauricio Alfonso Guitar, deputy head of the Cristera National Guard, told ACI Prensa that “thanks to the denunciations in Catholics’ social networks, offering to defend the churches, the government… sent police to defend them.”

Capital 21 said that a fire was also started at the city Chamber of Commerce, and that there were acts of vandalism on monuments and buildings across Mexico City by pro-abortion individuals.

Firefighters were able to stop the fire, and the police were able to keep the abortion activists from further harming the church or any people.

About 1,200 abortion rights activists were participating in a march in Mexico City when the fires were started, and other acts of vandalism occurred. While abortion laws differ from state to state in Mexico, abortions are legal up to 12 weeks in Mexico City, as well as in the state of Oaxaca, which only recently legalized abortion up until that point. In other states, abortion is still illegal or restricted. There is, however, a bill being debated that would legalize abortion throughout Mexico up to 12 weeks.

At 12 weeks, preborn children are able to move their fingers and toes. Their livers and kidneys are functioning, and they will respond to touch. They are very much living human beings — not “pregnancy tissue.” Their hearts have been functioning since 16-21 days after fertilization.

Abortion itself is an act of violence against innocent human beings. Violence begets violence.