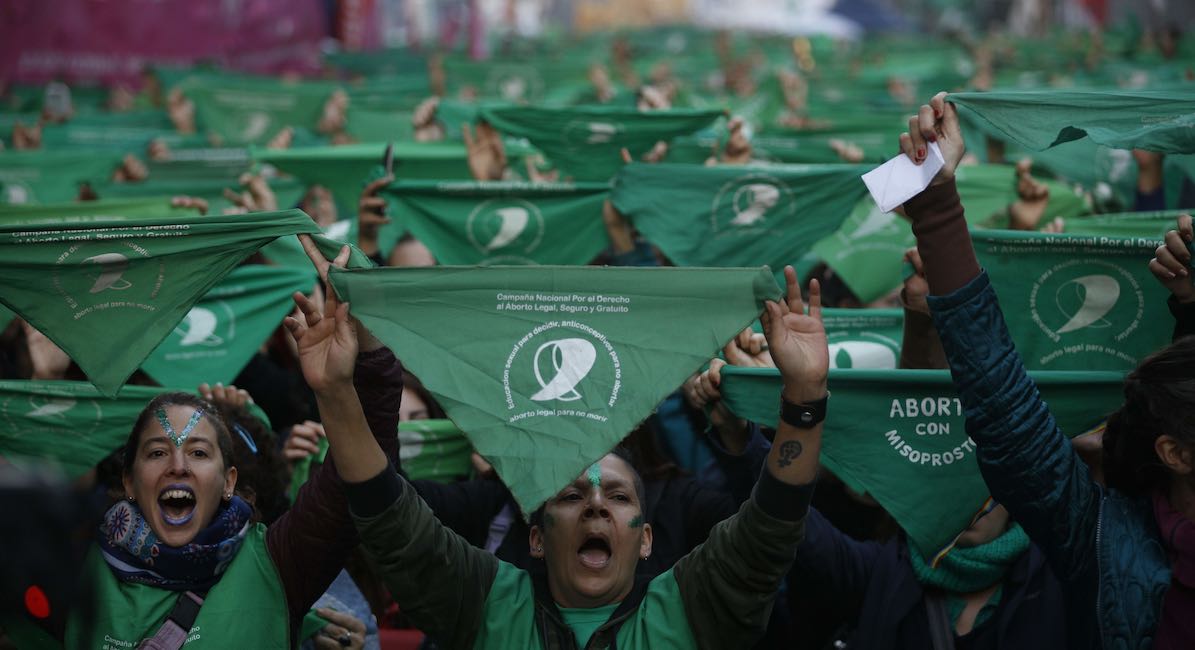 Argentina has long been a strong protector of the rights of the preborn, with abortion illegal with limited exceptions since the 1880s, making it a prime target of ideological colonization in Latin America by abortion activists.

Last year, Argentina came close to legalizing abortion after abortion activists’ well-organized and internationally backed campaign. As Live Action News reported, influential abortion colonizers like the International Planned Parenthood Federation (IPPF) and Amnesty International were directly involved with pressuring the Argentine government into taking up the bill. Many other groups supported the effort, including Human Rights Watch, which in 2018 called Argentina’s pending pro-abortion legislation a “landmark opportunity to end [the] harmful policy.”

Green scarves worn by protesters are well-recognized symbols of the pro-abortion movement in Argentina  green scarves. The origin of these scarves is deeply, painfully ironic; the inspiration was drawn from the legacy of Argentine mothers of the desaparecidos, or disappeared, who wore white scarves in remembrance of their children who went missing under the military dictatorship. But instead of speaking up for their missing children, the green scarf-clad abortion supporters are wearing those symbols instead to advocate for their right to disappear their own children, through the violence of abortion.

Like most of Latin America, Mexico has long afforded preborn babies legal protections, but those seeking to expand abortion  have been chipping away at its protections for decades. Planned Parenthood Global claims that its work in Mexico is “growing” and has as its primary goal to “reduce abortion stigma.” The predominantly Catholic country has traditionally been opposed to abortion with the exception of Mexico City, which legalized abortion in 2007. Last month, the state of Oaxaca became the first state outside the capital to legalize abortion when the state’s lawmakers approved a bill allowing abortion up to 12 weeks of pregnancy.

Although Mexico’s President Andres Manuel Lopez Obrador has not publicly taken a position on abortion, the fact that his party dominates Oaxaca’s legislature does not bode well. In another ominous sign, according to The Guardian, the federal government tweeted a note of support for Oaxaca’s abortion legalization: “Our democracy is strengthened with the extension of rights and the recognition of the autonomy of women to make decisions over their own bodies.”

Planned Parenthood Global celebrated with a tweet rife with undertones of ideological colonization; the abortion giant claimed that Mexico is finally emerging from its so-called backwardness and now “takes a crucial step in the protection of women’s rights.” 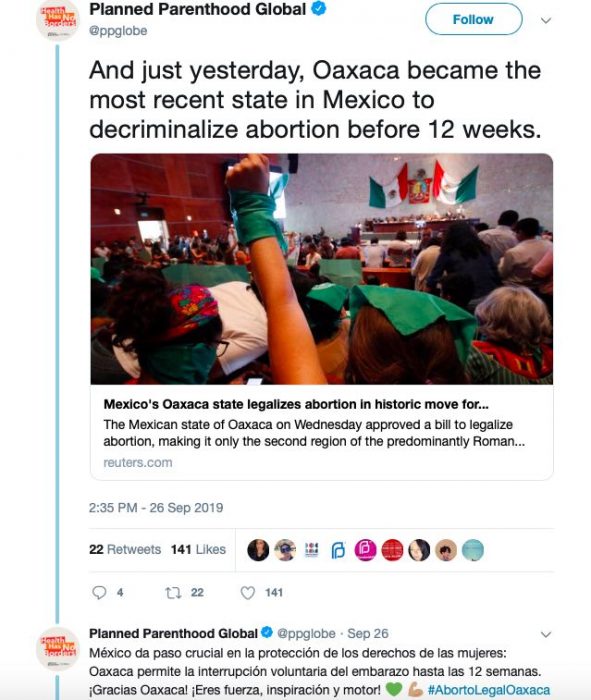 The small Central American republic of El Salvador has one of the most staunchly pro-life laws in the world. The country has come to the forefront in the news recently for controversies surrounding its abortion law and the case of a woman who was charged with inducing an abortion. International groups have been using this woman’s case, as well as the country’s controversial practice of prosecuting women who procure abortions in general, as a wedge and an opening to advance their ideological colonization.

Despite the flurry of recent press coverage, abortion supporters have targeted the country for years. In 2013, they tried to use the case of a 22-year-old named Beatriz (who requested an abortion because she had lupus and her baby had anencephaly) as their rallying cry, and they falsely claimed she needed a “life-saving abortion” when she was offered an emergency c-section (not the same as an abortion). The Supreme Court denied her request and upheld the abortion ban in 2013. In 2016, Amnesty International railed against El Salvador’s abortion restrictions as “tantamount to torture,” as Live Action News reported. Abortion groups like IPPF have even been caught covertly funding abortion advocacy organizations in El Salvador, as the Population Research Institute has reported. And in 2017, 21 pro-abortion Congressmen from the U.S. threw their weight behind the abortion colonizers by formally calling for El Salvador to decriminalize abortion, as reported in a Center for Reproductive Rights press release. 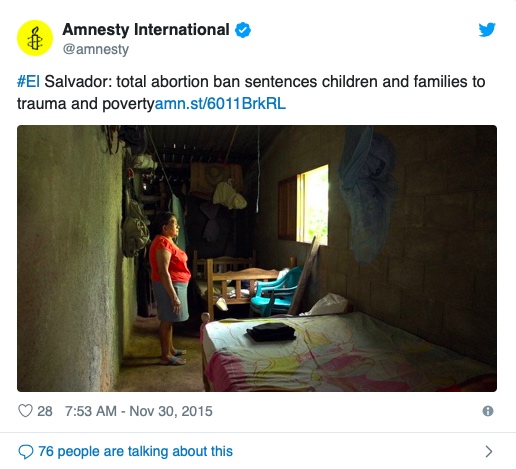 Despite losing U.S. federal funding, the abortion colonizers have retained significant influence around the world pushing their agenda, including Latin America. As Senior Counsel for Alliance Defending Freedom International Neydy Casillas said in an interview last year with Live Action News, Central and South America “have been targets for the abortion movement” for a long time. Some Latin America watchers are even trying to paint recent pro-abortion developments in Latin America as part of a “green tide,” an allusion to the green scarves of Argentina’s abortion activists.

Yet pro-life laws in many Latin American countries remain deeply rooted in pro-life cultural values that draw from the traditional influence of the Catholic Church and, more recently, the growing presence of evangelical Protestant groups. As Casillas has pointed out, despite the efforts of wealthy international abortion colonizers, “In Latin America, it has not been easy for them because most of the constitutions throughout the region protect life, but furthermore the value of life lives in people’s hearts.”