On August 9, 2018, pro-lifers in Argentina witnessed an amazing feat: Argentina’s Senate voted down a bill to legalize abortion in the first 14 weeks of pregnancy in a vote of 38 to 31. The bill had already passed in the House by just four votes, shocking pro-lifers in Catholic Argentina. They realized they were going to have to make a big push to convince the Senate to vote for life, especially since their pro-life president Mauricio Macri had said he would not veto the bill if it passed.

“I can’t believe it, I really can’t believe it,” 39-year-old accountant and pro-life advocate Liliana Fernández told CNN after the House voted to legalize abortion. “I thought our representatives would never vote in favor of death. … Now we have to make sure senators don’t follow their lead.”

And pro-lifers did just that. They mobilized and convinced the Senate not to legalize abortion. Now American pro-lifers can learn from Argentina’s victory:

1. Pro-life Americans must become politically active. If Argentinian pro-lifers had not become politically active, abortion could easily be legal now in their country. Unfortunately, it seems that appealing to the morals of our politicians hasn’t worked. Too often, they have pulled out the “personally pro-life” card and followed the money that pro-abortion organizations give them to gain their support. Perhaps the single most important thing pro-life Argentinians did that we must also do in America is hit politicians where it hurts: votes. Pro-lifers need to start using their voices to tell their senators and congressmen that they will not be voting for them unless they vote pro-life. And then follow through.

2. Speak up. Enough with the “personally pro-life” mantra that keeps pro-lifers from actually standing up for the right to life. You don’t hear that “personally” line from any other human rights campaign. Pro-lifers know abortion is killing and when they choose to remain silent, they may as well be promoting it. Don’t be pressured into silence. Lives are on the line. Argentinian pro-lifers knew this, and they stepped up and spoke up. 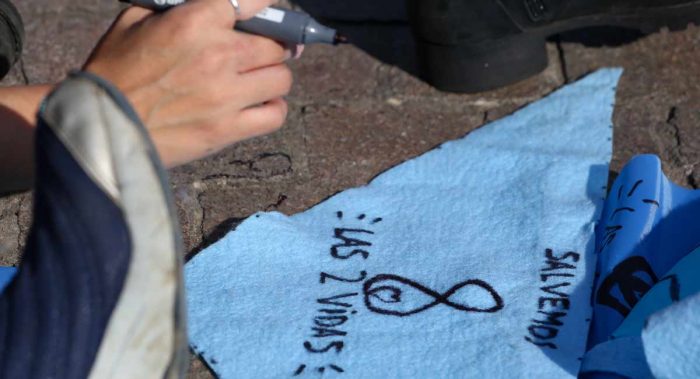 3. Change the language. Argentinian pro-lifers created the slogan, “Let us save 2 lives.” This slogan, much like American pro-lifers’ “Love them both,” isn’t focused on just saving preborn children, but also on saving women from the brutal and life-long consequences of abortion. Many pro-lifers in the United States are so focused on pregnancy being a “consequence” of sex that they fail to see the big picture — which is that it doesn’t matter how a child was conceived. So many pro-lifers still use the argument “keep your legs closed,” and that has nothing to do with why we want abortion to be illegal. Abortion needs to be illegal based on the simple fact that it kills a human being and destroys women’s lives. Our message must be one of love and positivity. We can love children even if their lives weren’t planned. We can love women even when they are struggling financially or emotionally. We will love both mother and child by helping them to live successful and healthy lives. Speak with love. Fight with love.

4. Be strategic. Pro-lifers in Argentina wore sky-blue neckerchiefs, which became such a symbol of the pro-life movement in the country that an article referred to it as “a sleeping giant that has awoken and he has a sky-blue neckerchief.” The color sky-blue was chosen for a reason – because it is reminiscent of the sky-blue in the Argentinian flag. Love for preborn children then became associated with love of country.

On the other hand, abortion supporters in Argentina chose the color green as their symbol — a color associated with being pro-money, symbolizing both the greed that runs rampant in the abortion industry as well as the Argentinian financial crisis – something many believe the president was attempting to distract the nation from by reopening the abortion debate. 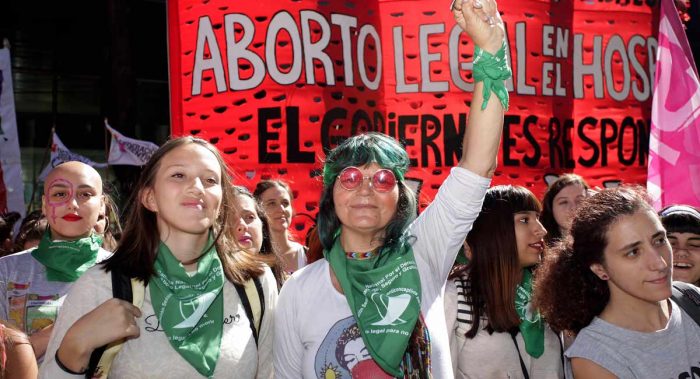 Abortion supporters wear the color green – which became associated with the greed of the abortion industry and financial pressure to legalize abortion. Shutterstock image.

5. Change the media’s view. Major American media outlets constantly refer to pro-lifers as “anti-choicers,” which is completely off-base. News stations have refused to air footage of the March for Life and they rarely report on the good work pro-lifers do to help women and babies. We have to show them that pro-lifers are not trying to take away rights from women but give rights back to children. We have to show them that being pro-life is not anti-woman or anti-feminism (our founding Feminist foremothers were against abortion). Being pro-life needs to be broadcasted as synonymous with love – because it is. If major media outlets are going to ignore us or paint a negative story about pro-lifers, we need to use social media to tell our stories. In Argentina, they turned to Twitter and created hashtags to gain attention.

One thing is clear: pro-life Argentinians have won the abortion debate and will hopefully continue to do so. Their message is positive and solid, their voices are consistent and loud. If America is ever to be freed from the heavy weight of abortion, we must act quickly, wisely, and with love.