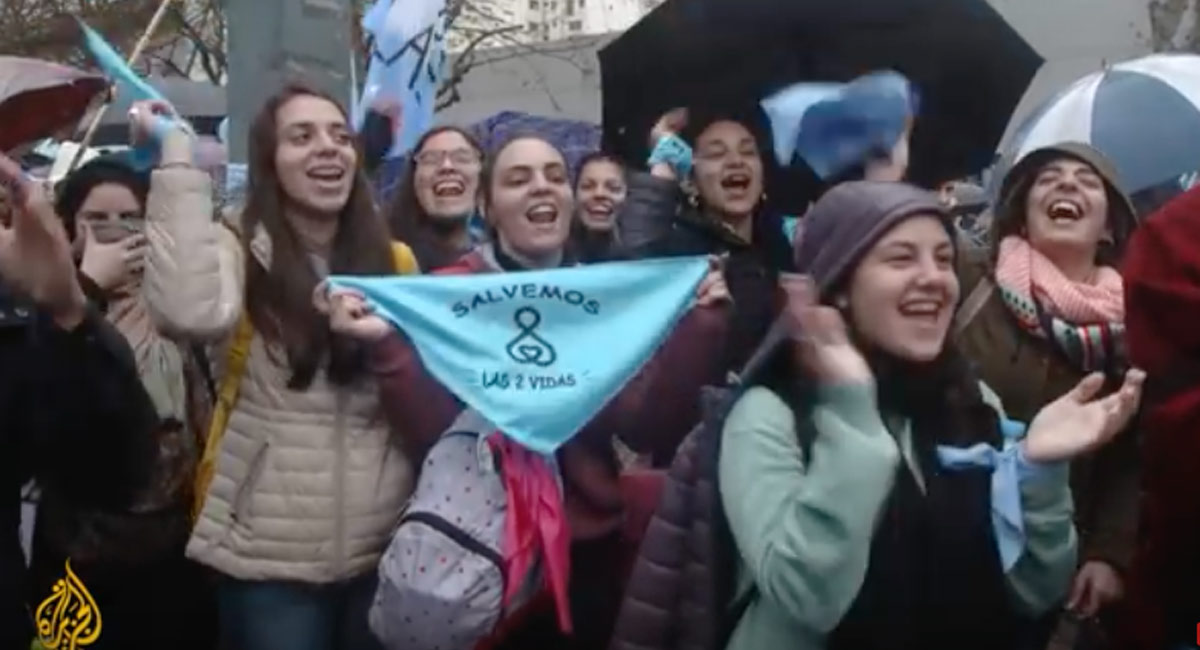 Argentina’s Senate has just rejected legislation that would have allowed elective abortion through 14 weeks gestation for any reason and abortion in cases of rape up to birth. Senators voted 38-31 against the measure, while two lawmakers abstained. The bill was narrowly approved by the lower house in June after 22 hours of debate, and Argentine President Mauricio Macri had said he would sign it into law if it passed the Senate. Under current law, Argentina bans all abortions except for a limited time in cases of rape and when the pregnancy poses an immediate risk to the mother’s life.

A driving force in the attempt to liberalize Argentina’s abortion laws was Ni Una Menos, a campaign against gender-based violence targeting women. As in many countries before Argentina, pro-abortion activists claimed that a lack of access to abortion led to violence against women. However, countries where abortion is legal and widely accepted show that the abortion industry remains predatory and potentially lethal to women even when legal. The exploitation and abuse of women in countries like the United Kingdom and the United States show clearly that legalizing a violent procedure that ends a human life does not advance women’s health or opportunities.

Abortion campaigners also pressured politicians by saying clandestine abortions threatened women’s lives and legalizing the killing of the preborn would protect women who would have abortions whether it is legal or not. But in fact, studies show that women are significantly less likely to seek abortion when it is illegal or restricted, and legal abortion poses a serious risk to women’s health.

Throughout the months of debate, pro-life doctors demonstrated against the proposed legislation, carrying signs that said, “I’m a doctor, not a murderer.” One of the leading medical organizations in the country expressed concern over the lack of adequate conscience protections in the bill. Save The 1, a pro-life organization for people conceived in rape and women pregnant from rape, spoke out against the proposed legislation.

The Argentine Senate’s rejection of liberalizing abortion laws is a victory for women and children. Laws that recognize the right to life of both mother and child advance human rights. Women do not need to take the lives of their preborn children in order to advance, and legalizing abortion would have implied that they do while threatening countless human lives. As Argentina seeks to end violence against women, rejecting the lies of the abortion industry is an important step forward. The Senate’s vote against the abortion lobby and international pressure shows great courage in the defense of human life.