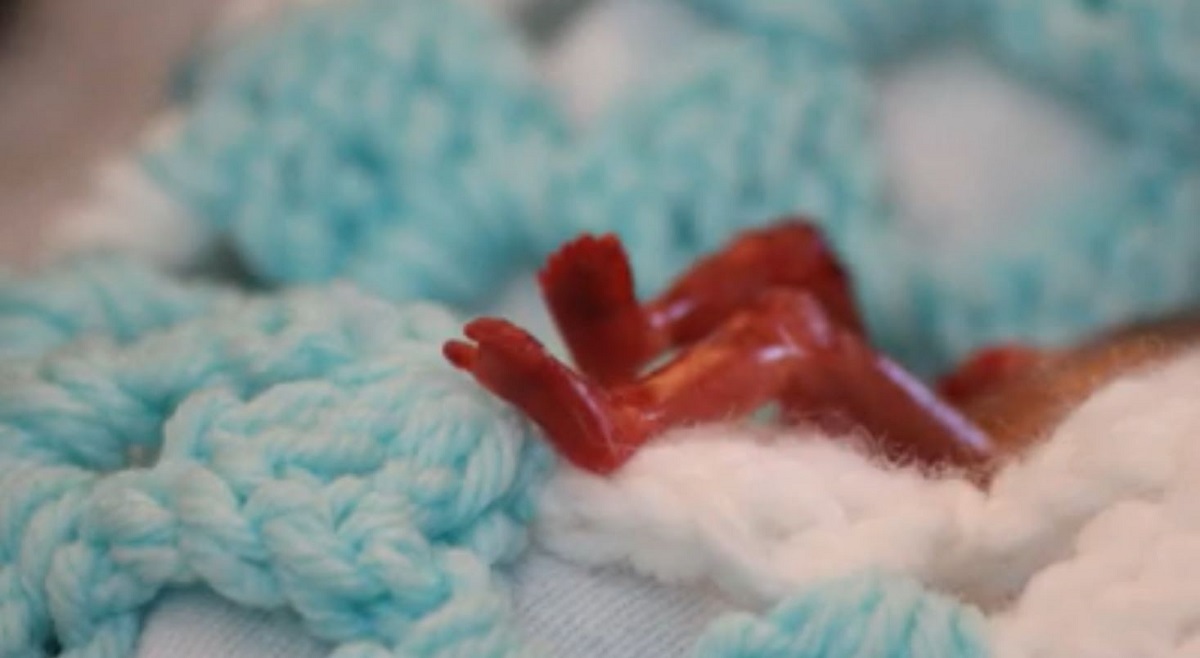 The Supreme Court has agreed to take up the case of Mississippi’s 15-week restriction on abortion. The law states that 15 weeks was chosen as the time limit for two main reasons:

Perhaps most important, however, is the fact that the humanity of the preborn child at 15 weeks cannot be denied.

So, what does a 15-week-old preborn child look like and how advanced is her prenatal development?

A preborn child at 14 weeks, just before the protection in Mississippi would take effect.

The Mississippi Gestational Age Act defines 15 weeks as the age of the preborn child after the mother’s last menstrual period (LMP). That is the equivalent of 13 weeks post-fertilization. A preborn child at 15 weeks LMP looks like a human being — because she is a human being and has been one since the moment of fertilization. Her nose and lips are completely formed and she can make complex facial expressions. She has legs that she can kick and arms she can wave. She even hiccups. She is tiny, but size does not determine humanity.

Every human being deserves human rights, including the right to life, but Roe v. Wade stripped all preborn children of that right. Mississippi’s law could help restore the right to life for human beings from 15 weeks LMP (13 weeks post-fertilization) until birth.

A human preborn baby at 15 weeks LMP doesn’t just look like the human baby that she is, but also acts like a human baby.

Her development is quickly advancing, and even prior to 15 weeks LMP, a preborn baby can suck her thumb. She stretches, sighs, opens her mouth, and moves her tongue. She is capable of feeling pain and she responds to stimuli, bending her knees and hips when the bottom of her foot is touched. She is able to do so because she is a living human who has already had a heartbeat for 10 weeks (since three weeks after fertilization) and brain waves for the past seven weeks. In just eight more weeks, she may be able to survive outside the womb with medical assistance.

Americans want to protect her

Twelve weeks marks the end of the first trimester — the time frame most Americans draw the line on limiting abortion. At 15 weeks LMP (13 weeks after fertilization), preborn babies are already one week into the second trimester of pregnancy. In June 2021, the Associated Press released the results of a poll on abortion attitudes which revealed that 65% of Americans think that abortion in the second trimester should be “illegal in all or most cases.”

Yet abortion is legal in the United States up until birth for reasons including a fetal diagnosis for a child, a health risk to the mother, the mother’s financial “health,” and even her familial “health.” Directly and deliberately killing a preborn child is never medically necessary.

When asked if a 15-week-old preborn child is a human being, several pro-abortion federal politicians have refused to answer, saying it’s up to the Supreme Court to decide the humanity of these innocent children.

But no judge, no matter how far up the political ladder, can justifiably, morally, or accurately rule that any human being is less human than another. No matter what the Supreme Court decides in Mississippi’s Dobbs v. Jackson Women’s Health Organization case, human beings inside the womb deserve to be protected from targeted and discriminatory attacks on their lives.