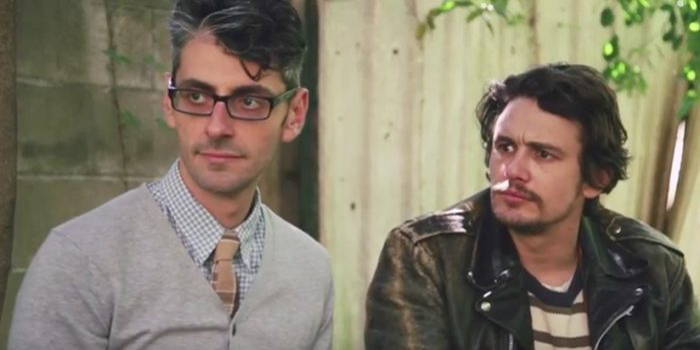 —Actor James Franco is hitting the headlines with one of his latest Philosophy Time videos. Franco and Eliot Michaelson interviewed Princeton professor Liz Harman on abortion. Harman left late-term abortion untouched, but argued that early abortion is moral, chiefly because, if a mother is intending to end the life of her child, the child has no future anyway. See for yourself:

James Franco appeared to have a hard time buying what Harman was selling. He asked the Princeton prof if her basis for justifying abortion would become apparent only in hindsight. For example, if a child is a person with a future only if her mother plans to give her a future, there is no way of knowing the presence or absence of said future until the child is actually born. Under U.S. abortion laws, a mother can change her mind and have an abortion at every stage of pregnancy, particularly if she is willing to travel to a state that allows abortion until birth.

Moreover, Harman’s theory is insulting to mothers who have suffered a miscarriage. These women intended to give their child a future, but natural causes intervened, and the child’s future was absolved. Does this mean, under Harman’s view, that the child was not a moral entity and had no value or “moral status”? Harman actually said this is her view.

Is it the mother’s intent that gives value and meaning to the life of her human child or is it the actual reality of whether the child has a future? Or perhaps, could it be the scientific fact that every human child, at every stage — no matter her future — is a unique, individual human being?

What about abortion survivors like Giana Jessen, Melissa Ohden, Sarah Smith, and little Sean? Their mothers intended to take their lives. Yet they survived — destined to have a future anyway. So, since they defeated the intent to take their lives, were they actually the same human person inside the womb as they are now that they are born?

Was the act that was intended to kill them morally wrong, since, according to Harman, they actually had moral status because they had a future? And if not, why not?

Liz Harman acknowledged to Franco and Michaelson that both of them — and she herself — were the same entity inside their mothers’ wombs as they are now, sitting there together. Clearly, she recognizes that the child in the womb does not change identities somewhere in the birth canal. But an abortion cannot take that child’s humanity away either.

Harman’s argument would also fail to stand up to the reality of babies who survive abortion reversals. Abortions on them were nearly half completed when their mothers changed their minds, reversed course, and sought treatment to save their child’s life. Would such a child always have had moral value because she was going to have a future all along? Or, would her value sway with the changing tides of her mother’s mind — at first losing it all with the first abortion pill swallowed and then gaining it back with the progesterone treatment that saves her life?

And if one’s “future” defines their moral status, what does that say of the children who, due to a genetic defect, survive for mere hours or days after birth? What does it say of a person diagnosed with a terminal illness? Such people have a known end to their future — similar to the child whose abortion has been planned. A future is the continuation of a person’s existence. At some point, each person’s earthly existence will cease to continue. At what time before that end is a person’s moral status no longer elevated to the level where no other person has the right to kill them at will?

While Harman avoided touching anything but early abortion with a ten-foot pole, her colleague, Peter Singer, takes care of that. (Find out surprising facts about babies in the first trimester — when early abortions are committed — here.) Singer is a professor of bioethics and advocates not just for abortion at all stages of pregnancy, but also for infanticide.

Singer specifically contends that the intentional killing of a newborn baby is merely a tragedy to his parents and not a violation of basic human rights at all.

Newborn human babies have no sense of their own existence over time. So killing a newborn baby is never equivalent to killing a person, that is, a being who wants to go on living. That doesn’t mean that it is not almost always a terrible thing to do. It is, but that is because most infants are loved and cherished by their parents, and to kill an infant is usually to do a great wrong to its parents. [Emphasis added.]

In his contention that the wishes and feelings of the parents are what actually matter, Singer sounds reminiscent of Harman, who failed to make her case that the mother’s intent is what counts when society decides if a preborn child has “moral status” as a person or not.

If parents are the only ones who have a say on whether a child — of any age — is a person or can live her life, children have been reduced to nothing more than property. History is replete with examples of the devastation that is wrought when one set of human beings treats another like property. It never ends well.