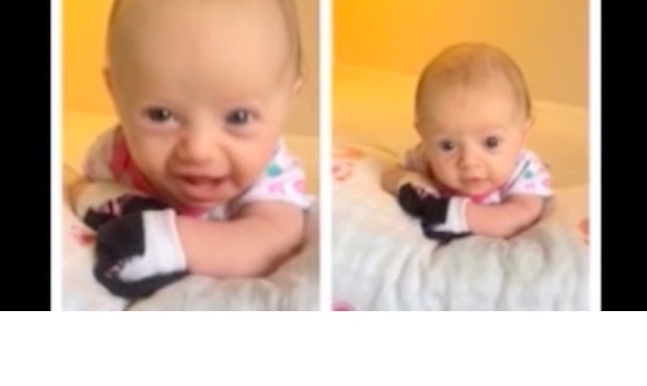 Summer was a recent high school graduate with a passion for rodeo road competition when she met her now-husband Jason. Her parents had hopes of her going to college, and Jason planned to head to college to earn a degree. But when the two met and began dating, Summer’s father didn’t approve because of the age difference between them. When Summer became pregnant, she knew that having a baby would put even more of a strain on her relationship with her parents. She had no idea that abortion pill reversal would soon become a life-changing part of her story.

“Balancing school, my job, my horses and my boyfriend, I had full hands,” she said in her YouTube video, “Life After Abortion.. The Story of Our Miracle Baby.” She continued, “On top of that, I had to go out of town for a week to work a horse show. I grew nauseous the entire time and had missed my period. I was positive I was pregnant.”

When she returned home from the horse show, she immediately took two pregnancy tests. They were both positive, and Summer began to panic.

“How will I be able to rodeo now?! What will people think of me? My parents are going to kill me! I’m not ready to be a mom yet,” she said.

But despite her fears, she surprised Jason with a gift-wrapped pregnancy test. His first reaction was one of joy; however, that dissipated when he thought of Summer’s father and how he was going to react.

Wanting to confirm the pregnancy, they headed to a Planned Parenthood clinic. At the time, the young couple did not know Planned Parenthood’s history of failing to inform women of legitimate options, including the practical help that is available from other organizations and facilities when a mother chooses life.

“When we opened the doors, there was a long line of women of all ages,” said Summer. “There was an aroma of heartache, yet they portrayed it to be so normal. We sat down with my number.”

When her number was called, the staff of the clinic wouldn’t allow Jason to go back with her. Alone, Summer found out that she was indeed pregnant and that she was seven weeks along. She had to call Jason to tell him the news, and that’s when they decided they weren’t ready to be parents and that they had to have an abortion.

“I knew in my heart it was wrong,” said Summer. “I didn’t want to do it, but I thought I had no other choice. The doctor came in and immediately went into explaining the sets of pills I would have to take to successfully ‘abort’ my fetus to prevent a future surgical one. I grew more and more hesitant, wondering if I was doing the right thing. I finally convinced myself there was really no other option, so I silently nodded my head as I listened to his directions.”

She took the first pill, which would begin to break down the placenta, cutting the baby off from nutrients. She would take two more pills the next day and was told she should expect heavy bleeding and the possibility of seeing her baby. 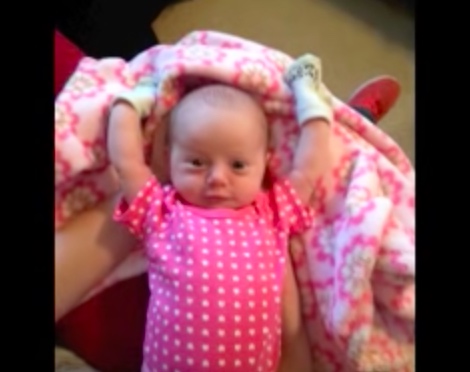 After taking the first pill, she was immediately sad. She and Jason cried as they drove home and had to pull the car over.

“We tried our best to brush off what we had just committed, but the anguish and regret grew so overwhelming we had to pull over on the side of the road,” she explained. “We knew we had made the biggest mistake of our lives.”

Former abortionist Dr. Anthony Levatino explains the process of a chemical abortion in the video below:

Jason called Planned Parenthood to inquire if there was anything they could do to stop the abortion. But the clinic told him it was too late and that if they didn’t go through with the next two pills, the baby could have serious birth defects. This is a lie, as the American College of Obstetricians and Gynecologists specifically states that the first abortion pill, mifepristone, causes no defects in pregnancy when taken alone. Planned Parenthood did not inform Jason and Summer of the full facts or even let them know that other doctors might be willing to help them with an abortion reversal, if that is what they wanted to choose.

The next day, the regret and pain became even stronger for Summer. She began to experience cramping and sharp pains. She didn’t want to take the second pill. Jason was so distraught that he had thoughts of suicide.

“We cried out to God for forgiveness and healing,” said Summer. “We begged Him for a second chance, if only we could take it all back.” Soon, abortion pill reversal would become that second chance. 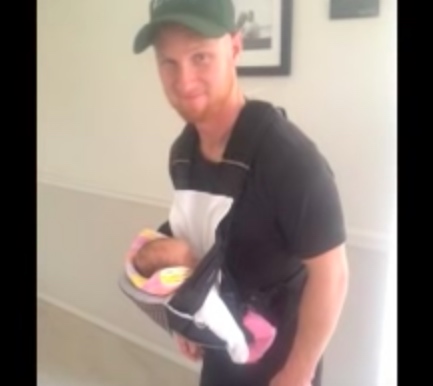 Jason, carrying Finley after she was born following a successful abortion pill reversal.

Jason discovered a counselor online who discussed abortions and called her just to talk. But when he told her their story, she told them there was still hope. She told them it wasn’t too late because Summer hadn’t taken the second pill. They could save their baby. She gave them the name of a woman who could connect them with a doctor who could perform an abortion pill reversal. The couple were thrilled. She told them she would wait all night for them, but to get to the office as soon as they could.

Summer received a shot of progesterone, and for the next few weeks, she administered shots at home. After a few weeks, the doctor told her to stop the shots and gave Summer a safe, double-dose of progesterone pills. He also told her to take prenatal vitamins. At nine weeks, they headed to a local pregnancy center for a free ultrasound. Jason and Summer waited to see if their abortion pill reversal had worked.

“After searching the technician found what she was looking for and shrieked, ‘Your baby is alive! See the heartbeat?! God must be whispering  to your baby to move, because we have never seen such an active 9-week-old baby!’ Jason and I immediately burst into tears of joy and relief,” said Summer.

Their baby was due to be born on Christmas.

Summer’s father was initially angry about the pregnancy, but he soon came around. He told Summer he was glad she had chosen life and abortion pill reversal. Shortly after telling their parents, Jason and Summer became engaged. At their gender reveal party, they learned they were having a baby girl and decided to name her Finley. 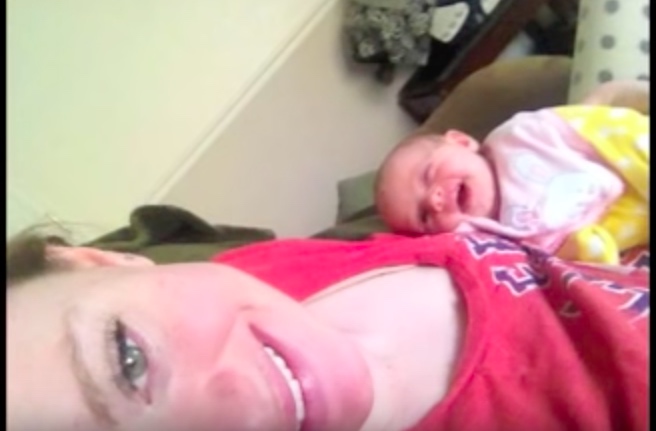 Finley smiles at her mom who, with her dad, found a way to give her life.

“Since having Finley, my dad and I are closer than we have ever been,” said Summer. “He and Jason are finally forming a relationship. Everyone is so happy and crazy in love with our daughter. She has changed all of our lives for the better, and we are forever grateful.”