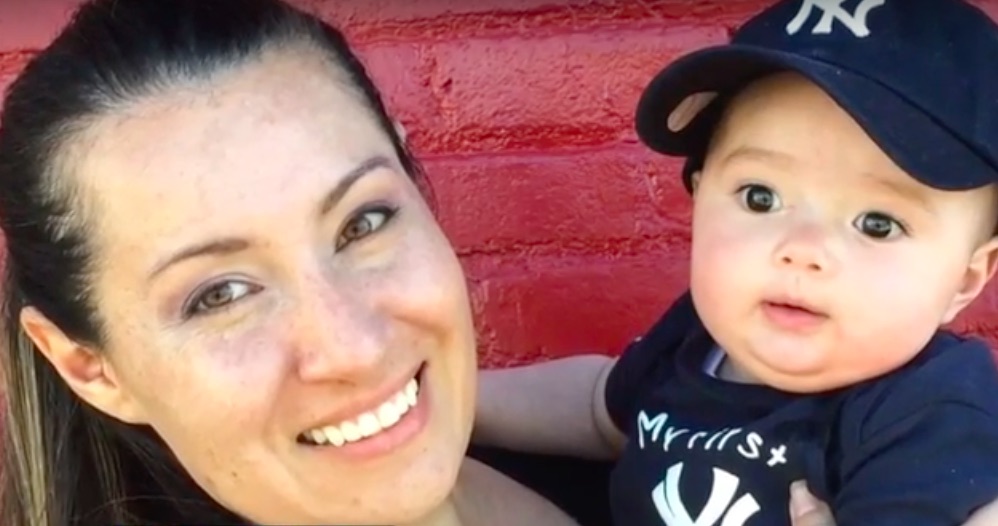 A Colorado woman, Amy Mendoza, shared her amazing story of abortion reversal with Denver’s Channel 7. After initially believing it wasn’t the right time in her life to have a child, Amy regretted her abortion decision. She heard her son’s heartbeat and recalled seeing something about abortion reversal on Facebook. Amy quickly searched online to find a way to save her son. She found a health center, Bella Natural Women’s Care, that was able to reverse her abortion. Amy describes the joy that her son, Cruz, brings her: “Every time I look at him, I’m just so thankful.”

Three women, including Amy, shared their stories of giving birth to healthy children after going through an abortion reversal. Amy stated that the abortion clinic she went to — a Planned Parenthood in Boulder, Colorado — specifically told her that reversing her abortion would not be possible and that she needed to take the second pill. That was false information, as Amy’s son Cruz demonstrates. The bill proposed by Rep. Everett and Rep. Nordberg would have ensured that women are given accurate information instead and given the opportunity to preserve their relationship with their child.

Mendoza is not the only woman who has been misinformed by abortion clinics that insist a medication abortion must be completed. After giving birth to Baby Finley, Summer shared what a Planned Parenthood clinic told her when she sought out abortion reversal:

Jason [Summer’s husband] called Planned Parenthood to inquire if there was anything they could do to stop the abortion. But the clinic told him it was too late and that if they didn’t go through with the next two pills the baby could have serious birth defects.

Not only is that statement proved false by the healthy existence of Baby Finley, but it is also decried by the American College of Obstetricians and Gynecologists. In a 2014 bulletin, the ACOG stated that “no evidence exists” to suggest that the first pill in the medication abortion process, mifepristone, causes birth defects. Planned Parenthood also exaggerates the risks of abortion reversal to women, as progesterone — the hormone used in reversal — has been safely used in pregnancies, including to prevent miscarriages, for more than four decades.

I did my own research after leaving the abortion clinic; however, my process would have been a lot easier and much less scary and stressful had this option been alerted to me when I had called the abortion clinic back asking about what I can do since I have changed my mind about going through with this abortion. Or even being alerted to the option at the clinic. … I would not be here today with a happy, healthy five-month old boy if this option did not exist. I simply ask you to make it a more well-known option by letting others know it is there.

As another witness at the hearing in Colorado testified:

At the end of the day, only a woman can carry a child and give them life, and nothing should stand in the way of that.

The hearing on the bill was held on February 9, 2017, where a committee controlled by legislators who have historically supported abortion on demand shut the informed consent measure down. Despite testimony from multiple medical professionals who gave the facts surrounding the reality and success of abortion reversal in hundreds of women, the bill was killed on a 6-5, party-line vote.

Rep. Nordberg presented an amendment that would have informed women of a simple statement from the American Congress of Obstetricians and Gynecologists and let them know that, if they took the first abortion pill in the RU486 or Mifeprex regimen and regretted their choice, they did not have to follow through with the second pill and should seek medical care for alternatives to continue their pregnancy. The chair of the committee, Rep. Joann Ginal (D-Ft. Collins), refused to take a vote on the amendment.

Editor’s Note: Abortion reversal is possible for some women who have begun an abortion. Doctors have saved nearly 300 babies with abortion reversal. If you or someone you know regrets taking the abortion pill, help is available at AbortionPillReversal.com or by calling the 24-hour, nurse-staffed hotline at 1-877-558-0333.