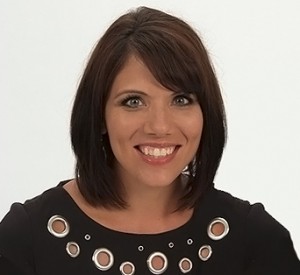 “What is your calling to the cause of life?”

Six hundred people gathered at the Crossroads Pregnancy Center fundraiser at the Royal Park Hotel in Rochester Hills on Friday night, March 1, to hear Melissa Ohden speak. Ohden climbed the steps to the platform and took the microphone in her hand to begin. From the first sentence of her spectacular story, the assembly realized that these simple actions were extraordinary.

“I shouldn’t be standing here at all,” she began. The beautiful and upbeat woman related her life’s story as it began: a story of complexity, drama, and mercy.

Thirty-five years ago, Ohden’s unmarried nineteen-year-old mother was told that termination of her pregnancy was her only option. Pressured by her own family to have an abortion, the young woman’s choice was no choice at all. She underwent a saline infusion abortion and returned to St. Luke’s Hospital in Sioux City, Iowa, 5 days later to deliver her dead baby.

The saline abortion, an injection of toxic salt solution into the amniotic fluid that surrounds a baby in the womb, scalds the unborn baby to death by burning through skin and into the organs. The process normally takes 72 hours, but in this case, it took much longer.

They believed that the baby girl was dead when she was delivered at St. Luke’s hospital on August 29, 1977, and they would have disposed of her, except that a nurse heard her “weak grunting noises” and made a decision that she legally did not have to make. She decided to give her care.

The 2-lb., 14-oz. baby girl was estimated to be 31 weeks’ gestational age, which meant that her mother was 8 months pregnant when she underwent the saline abortion. Ohden stopped to allow the audience a moment to let out a collective gasp. “Yes, that should break our hearts,” she said, “but it should break our hearts whether a baby is 31 weeks or only 31 days old!”

Doctors thought Ohden would still die or at least suffer blindness, deafness, and emotional and mental disabilities. She had severe respiratory and liver problems, was too weak to suck, was fed by tubes in her head, and needed blood transfusions. “Our world says that only certain lives are worth saving,” Ohden observed. But the medical staff at St. Luke’s named her, knitted her booties, fed her from a bottle, “because they saw a person in need.” Her adoptive parents did not hesitate to open hearts and home to Melissa. “They loved me into life!” said Ohden. “I am healed today because of their love, care, and prayers!”

Baby Melissa came home from the hospital after only three months and grew up feeling loved and wanted by her adoptive parents, who never told her of the conditions of her birth.

At the age of 14, Melissa’s older sister blurted out the secret, and her parents were forced to confess: “Your mother had an abortion…and you survived it!” The revelation, in Ohden’s words, knocked the wind out of her. “Everything hurt!” she said. “Clutching my mother, I sobbed and sobbed that night…” The tears were for her family, for their pain, for the unborn children who could not come into the world. “I am blessed to be alive!” exclaims Ohden, “I am not angry…I am sad!” The sadness is what she felt for her mother and father and their families. “How they must have felt the rest of their lives!”

Ohden knew that her life’s journey would one day take the direction of speaking publicly about her story. Until that day, she prepared herself and sought to find her family. Why? “I wanted my family to know I love them and forgive them,” she said.

This heartfelt desire would be frustrated as attempts to make contact with her biological family only revealed the brokenness caused by the abortion. Overjoyed at having found her father living in her same city, Sioux City, she sent a letter to his office expressing her hope to hear from him. She waited for him, but he never wrote back.

In an incredible irony, Ohden’s biological father’s family found her on April 26, 2008, in the place where she was meant to die: St. Luke’s Hospital. She had just given birth to her daughter, Olivia. Melissa met her grandfather and great aunt there, but she saw what happened when they learned the truth: they were hurting, ashamed, guilty, angry. “They were angry that they couldn’t save me, guilty that it happened, upset because they would have adopted me if they had known,” she said. “Every person in the family,” Ohden said, “was touched by the abortion.”

Ohden expressed the deep emotion she feels knowing that she was aborted, that even the happy birth of her daughter evokes the painful enjoining of those victims who did not survive. “My daughter never would have lived if I had died!” she said.

As for Ohden’s mother, she is still searching. She heard from her grandfather, the man who had coerced her mother into the abortion in the first place. He related that the family is estranged, and he no longer has any contact with his daughter. Ohden says she prays for her mother every night and still hopes to meet her someday.

Ohden’s journey, she tells the crowd, has not been easy or simple. But her forgiving spirit, thankfulness, and joy for life tirelessly persist in the certainty that God is using her to give His message of love and forgiveness to abortion survivors. She asks women and men not to be silent, but to speak about the impact abortion has had on their lives. She knows that the effects of abortion, even if the baby does not die, are devastating to families and have the power to produce guilt, shame, anger, and broken relationships.

As Ohden’s unusual mission unfolds, she continues to call people to take an active stand to save the lives of the unborn. Urging support for Crossroads Pregnancy Center and all who work to support women in crisis pregnancies, she asks people to answer for themselves one question: “What is your calling to the cause of life?”