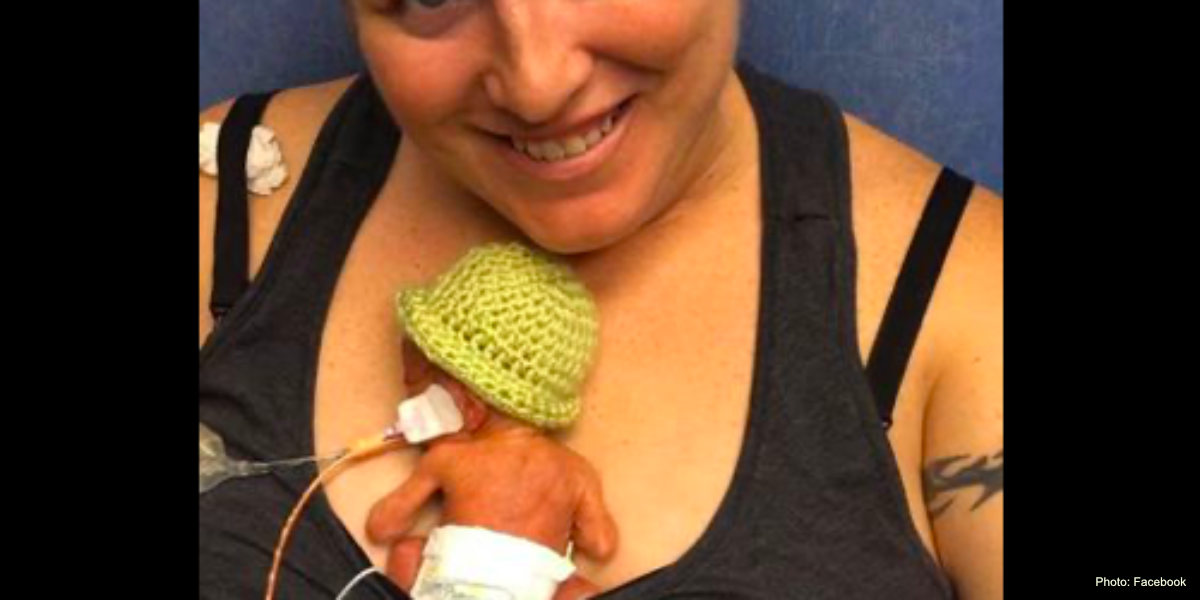 Lucile Packard Children’s Hospital in Stanford shared the remarkable story of Haven Greyson Smith, who was born at just 25 weeks gestation in 2019. He was the tiniest baby born at the hospital that year and was nicknamed ‘Mighty Peanut.’ He has overcome countless obstacles, including a battle with COVID-19, and is now two years old.

At birth, Haven weighed only 0.9 pounds, and his mother Amanda compared him to the size of a soda can. Doctors told her he had just a 10% chance of survival, but he proved to be a fighter and today he is doing remarkably well. He fights bronchopulmonary dysplasia, pulmonary hypertension, kidney complications, and has developmental delays. He lost a third of his intestines from a strangulated hernia that required three lifesaving surgeries and he requires a G-tube to ensure he gets enough nutrients.

“It hasn’t always been easy, but none of that matters,” said Amanda. “I have a thriving 2-year-old, which I didn’t always believe I’d have.”

Haven spent eight months in the neonatal intensive care unit and when he left he weighed over eight pounds — the typical size of a newborn baby — prompting his mother to say he was “eight times the Haven he was when he was born.”

Though she had planned to return home to Mississippi, Amanda and her parents decided to stay nearby because of the high level of care that Haven would need and that Lucile Packard Children’s Hospital Stanford could provide.

READ: They’re selling everything and moving thousands of miles to save their preemie’s life

“Parents with medically complex children describe leaving the hospital like falling off a cliff,” said Dr. David Bergman, Haven’s pediatrician and former Director of the Complex Care Clinic that provides care for Haven. “They go from having a big team caring for their baby around the clock to being alone at 2:00 a.m. We make sure that support is in place before they leave.”

Amanda, a NATO Medal of Honor soldier who served in Afghanistan, compared leaving the hospital with Haven to returning home from war and transitioning back to civilian life. She called it scary and emotional and said she felt lost.

“You have a different perspective on motherhood with a young preemie because you’ve gone through the trauma of not knowing whether or not your child will survive,” she explained.

She said today Haven is a typical toddler who has laughing fits, likes to throw things, loves to snuggle, and never walks — “He runs,” she said. But he’s not just a typical toddler because he also caught and beat COVID-19, and has 20,000 followers on Facebook. “Someday, he’ll grow up and realize he touches so many lives,” said Amanda.

“Every day my son is alive is a good day. He’s truly a walking Stanford miracle.”

Babies born as young as 21 weeks have shown the ability to survive and thrive when they are given proper medical care by doctors. Despite this, the age of viability is believed by many doctors to be at about 24 weeks gestation — and abortion is legal through all nine months of pregnancy. Many hospitals will not help babies born prior to 23 weeks, though there are some throughout the U.S. that will.