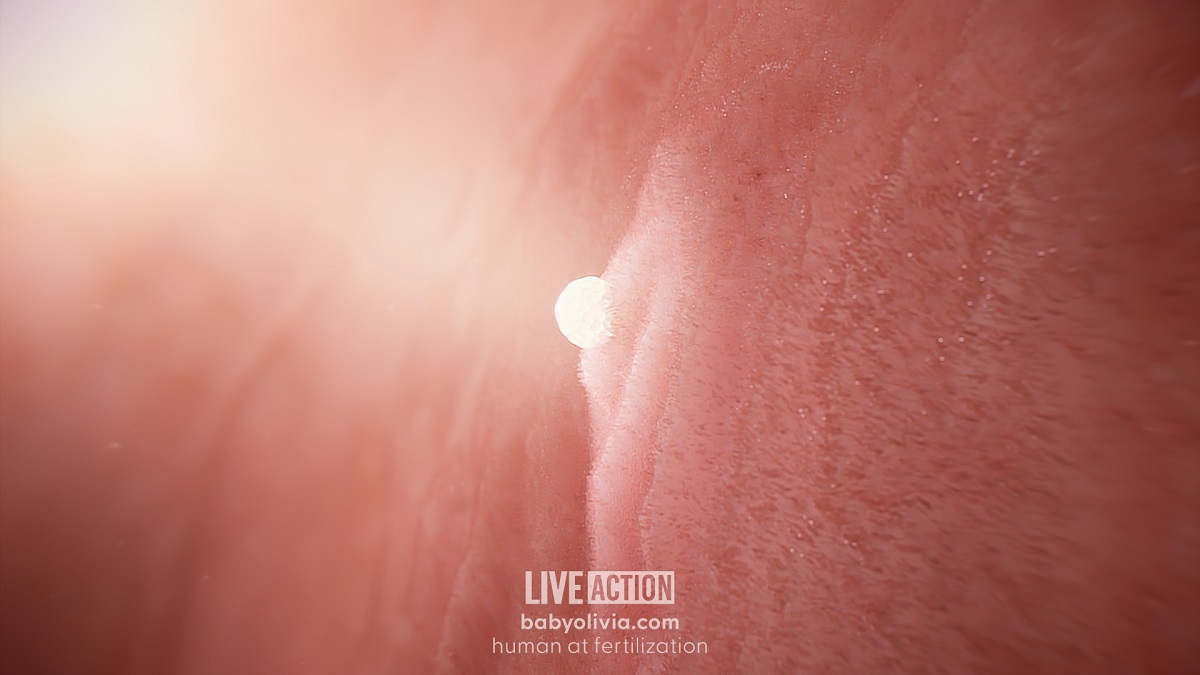 Live Action founder and president Lila Rose appeared on two episodes of The Dr. Phil Show this fall — and in episode one, Dr. Phil went head to head with Rose, insisting she was wrong about when life begins. Dr. Phil claimed that there is no scientific consensus on when a new human life begins, but the evidence — dating back to the 1800s — says otherwise.

Dr. Phil told Rose, “The scientific community does not have a consensus about when human life begins” and that the “body of scientific literature” points to different moments in development at which different scientists believe life officially begins.

Yet, scientific journals, textbooks, and professionals agree — the moment when a new, distinct human organism begins to exist is fertilization. In fact, the American College of Pediatricians states that for “millennia” the following has been known:

The predominance of human biological research confirms that human life begins at conception — fertilization. At fertilization, the human being emerges as a whole genetically distinct, individuated zygotic living human organism, a member of the species Homo sapiens, needing only the proper environment in order to grow and develop. The difference between the individual in its adult stage and in its zygotic stage is one of form, not nature.

The first true understanding of when a unique human life begins came after Matthias Jakob Schleiden and Theodor Schwann discovered in 1839 that an embryo develops from a single-cell zygote. They observed that the single-cell zygote was alive and an independent human. This led to the American Medical Association’s 1859 statement strongly opposing abortion (though the group is now firmly and radically in support of abortion).

Through the last few decades, countless professionals have attested to the fact that a unique human organism begins to exist at fertilization, not at some arbitrary moment in pregnancy or after birth.

“Human life begins when the ovum is fertilized and the new combined cell mass begins to divide.”

“The term conception refers to the union of the male and female pronuclear elements of procreation from which a new living being develops. It is synonymous with the terms fecundation, impregnation, and fertilization … The zygote thus formed represents the beginning of a new life.”

“In that fraction of a second when the chromosomes form pairs, the sex of the new child will be determined, hereditary characteristics received from each parent will be set, and a new life will have begun.”

“The development of a human being begins with fertilization, a process by which two highly specialized cells, the spermatozoon from the male and the oocyte from the female, unite to give rise to a new organism, the zygote.”

“At the moment the sperm cell of the human male meets the ovum of the female and the union results in a fertilized ovum (zygote), a new life has begun.”

“In fusing together, the male and female gametes produce a fertilized single cell, the zygote, which is the start of a new individual.”

“Thus a new cell is formed from the union of a male and a female gamete. [sperm and egg cells] The cell, referred to as the zygote, contains a new combination of genetic material, resulting in an individual different from either parent and from anyone else in the world.”

“It is the penetration of the ovum by a sperm and the resulting mingling of nuclear material each brings to the union that constitutes the initiation of the life of a new individual.”

Rites of Life: The Scientific Evidence for Life Before Birth, 1983, page 40, Landrum B. Shettles:

“Zygote is a term for a newly conceived life after the sperm and the egg cell meet but before the embryo begins to divide.”

“Every human being alive today and, as far as is known scientifically, every human being that ever existed, began his or her unique existence in this manner, i.e., as one cell. If this first cell or any subsequent configuration of cells perishes, the individual dies, ceasing to exist in matter as a living being. There are no known exceptions to this rule in the field of human biology.”

“Human development begins after the union of male and female gametes or germ cells during a process known as fertilization (conception).”

Before We Are Born: Essentials of Embryology and Birth Defects, 4th edition, 1993, page 1, Keith L. Moore:

“Zygote. This cell, formed by the union of an ovum and a sperm…. represents the beginning of a human being.”

“Although life is a continuous process, fertilization is a critical landmark because, under ordinary circumstances, a new, genetically distinct human organism is thereby formed. … The combination of 23 chromosomes present in each pronucleus results in 46 chromosomes in the zygote. Thus the diploid number is restored and the embryonic genome is formed. The embryo now exists as a genetic unity.”

“Almost all higher animals start their lives from a single cell, the fertilized ovum (zygote)… The time of fertilization represents the starting point in the life history, or ontogeny, of the individual.”

“[The zygote] results from the union of an oocyte and a sperm. A zygote is the beginning of a new human being. Human development begins at fertilization, the process during which a male gamete or sperm … unites with a female gamete or oocyte … to form a single cell called a zygote. This highly specialized, totipotent cell marks the beginning of each of us as a unique individual.”

“A zygote is the beginning of a new human being (i.e., an embryo).”

“The life cycle of mammals begins when a sperm enters an egg.”

“Fertilization is the process by which male and female haploid gametes (sperm and egg) unite to produce a genetically distinct individual.”

“The oviduct or Fallopian tube is the anatomical region where every new life begins in mammalian species. After a long journey, the spermatozoa meet the oocyte in the specific site of the oviduct named ampulla, and fertilization takes place.”

“…it is scientifically correct to say that human life begins at conception.”

These are just a sampling of the quotes and research that show a unique human life begins at fertilization.

Abortion advocates continue to deny the scientific fact that life begins at fertilization because hiding the humanity of the preborn child allows them to justify abortion. But the proof exists, and science agrees — at fertilization, a new, completely unique human life comes into existence.