The scientific community continues to prove that human life begins at conception (fertilization).

In their latest edition of The Developing Human: Clinically Oriented Embryology, professors Keith Moore, TVN Persaud, and Mark Torchia shed significant light on the development of the human person – and they don’t shy away from the reality of when life begins. Here are six revealing quotes on fetal development:

“Human development is a continuous process that begins when an oocyte from a female is fertilized by a sperm from a male.” 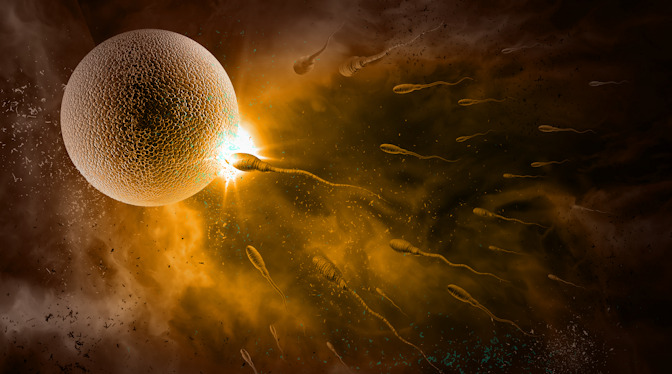 “Human development begins at fertilization when a sperm fuses with an oocyte to form a single cell, the zygote.”

“All major external and internal structures are established during the fourth to eighth weeks.”

“Upper limb buds are recognizable at day 26 or 27 as small swellings on the ventrolateral body walls.”

“Embryos in the sixth week show spontaneous movements, such as twitching of the trunk and developing limbs.”

“By the end of this week (8th week), the embryo has distinct human characteristics; however, the head is still disproportionately large, constituting almost half of the embryo.”

These powerful quotes show that every human being is a unique, living person from the earliest stages. James Bopp powerfully summarizes the beginning of life, and the stages that follow, in Human Life and Health Care Ethics, Vol. 2:

“The first cell of a new and unique human life begins existence at the moment of conception (fertilization) when one living sperm from the father joins with one living ovum from the mother. It is in this manner that human life passes from one generation to another. Given the appropriate environment and genetic composition, the single cell subsequently gives rise to trillions of specialized and integrated cells that compose the structures and functions of each individual human body.

“Every human being alive today and, as far as is known scientifically, every human being that ever existed, began his or her unique existence in this manner, i.e., as one cell. If this first cell or any subsequent configuration of cells perishes, the individual dies, ceasing to exist in matter as a living being. There are no known exceptions to this rule in the field of human biology.”

Here are a few additional quotes from medical experts and textbooks on fetal development that prove that human life begins at the moment of fertilization.

“The life cycle of mammals begins when a sperm enters an egg.”

“Fertilization is the process by which male and female haploid gametes (sperm and egg) unite to produce a genetically distinct individual.”

“The oviduct or Fallopian tube is the anatomical region where every new life begins in mammalian species. After a long journey, the spermatozoa meet the oocyte in the specific site of the oviduct named ampulla, and fertilization takes place.”

“Fertilization – the fusion of gametes to produce a new organism – is the culmination of a multitude of intricately regulated cellular processes.”