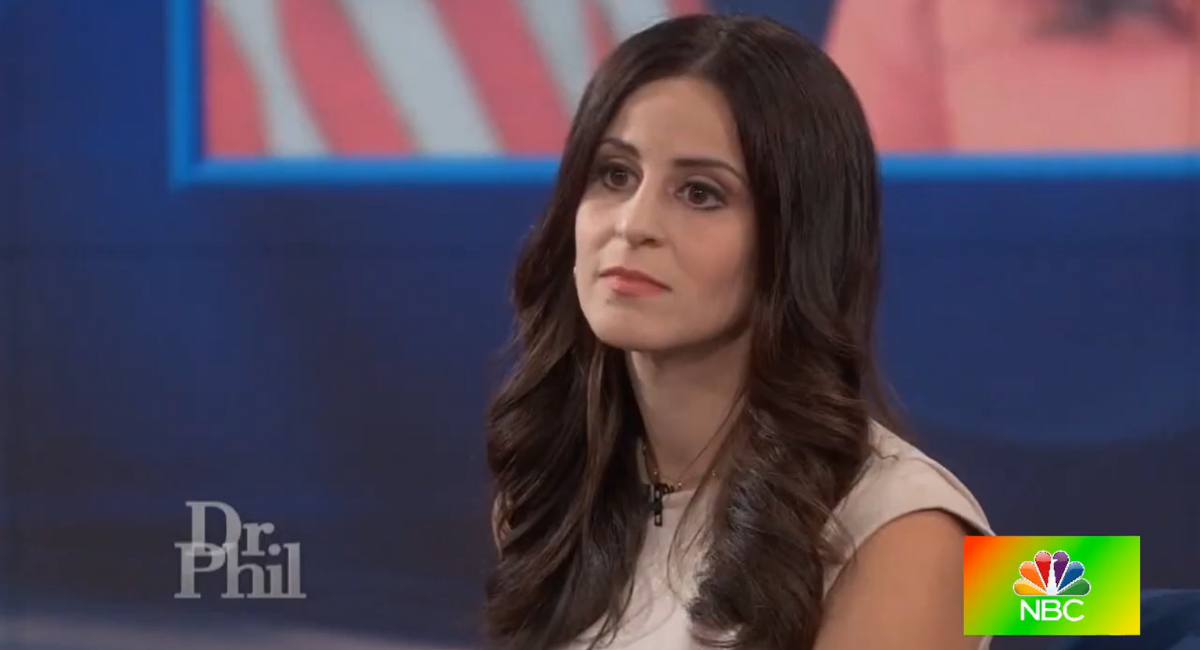 On Wednesday, The Dr. Phil Show aired part two of an episode regarding the issue of abortion and life in America following the fall of Roe v. Wade. The episode featured Live Action founder and president Lila Rose, along with pro-life Senator Katrina Jackson of Louisiana, civil rights attorney Ben Crump, and National Organization for Women President Christian Nunes. Also featured in the second episode were Susan Swift Arnall, Vice President of Legal Affairs for The Right to Life League and a civil rights attorney for the preborn, along with Jess Meeth, Communications Director for Democrats for Life.

Part two featured an exchange between the pro-abortion and pro-life leaders regarding different aspects of the abortion issue, including the false idea that pro-life legislators want to control women’s bodies, the idea of abortion as a means of Black genocide, and what it should really look like to be pro-life.

Abortion and the Black community

At the start of the episode, NOW’s Nunes made a bold claim, comparing pro-life laws to slavery.

“We cannot determine what the outcome of a pregnancy will be until it comes to that time and phase and therefore it is not for you or you or myself or anyone in this room to tell a person what they want to do with their pregnancy as it’s coming about because we do not know their full situation,” she said. “We have to think about oppression. And I have to point this out because I think part of the problem with the pro-life argument to me is it’s not about equity. […H]ow is this not any different from a form a slavery, to make a person — make sure that they are carrying a child or a fetus or a baby or whatever we want to call it when they do not want it or they can’t or something is preventing them from being able to have it and be healthy and for that fetus to turn out to have a sustainable and healthy life.”

As the episode progressed, Sen. Jackson pointed out that legalized abortion came about because certain individuals, like Planned Parenthood founder Margaret Sanger, were attempting to control the Black population with birth control and sterilization. Sanger founded the birth control organization that would become Planned Parenthood and was clear on her intent to prevent certain groups — specifically minority and impoverished women — from continuing to bear children.

“Let me tell you what’s most offensive to me, Dr. Phil, is when I hear people say that for Black and brown women the remedy to them living in poverty is abortion,” responded Sen. Jackson. “Then to me, we perpetuate the racism that we’ve faced for years and we perpetuate it in that we say, ‘Don’t solve the problem. Don’t offer women equal pay. Don’t offer women access to health care. Don’t offer women fair and equitable jobs that they deserve. Instead, offer them abortions and let them stay in poverty.’ I keep hearing [that] as a Black or brown woman, when I’m sitting in poverty, the answer to my poverty is not to expand my family.”

Dr. Phil agreed that this must be offensive to hear.

Sen. Jackson added, “[…] Planned Parenthood brought abortion to the Black communities because we were growing at ‘alarming’ rates. Hispanic communities were growing at ‘alarming’ rates. They brought abortion to our community to ensure we didn’t procreate at the rates we were. And as a result of that, we talk about voting rights? We’ve lost millions and millions of African-American babies. If those African-American babies would have been born and had at least one child a piece, the Hispanic and African-American community would be 30 or 40 percent of America’s population. I think we’ve lost a lot of rights. We lost them in the womb.”

At one point, a man in the audience spoke up to say, “The problem I’m having as a father, as a husband, as a citizen is that we’re talking about politicians telling you what to do. What is troubling me is the idea of government-mandated pregnancy.”

Rose was quick to point out that the government is not mandating pregnancy and could not mandate pregnancy. No one can force a pregnancy to occur. But once a woman becomes pregnant, there is a second life involved — the life of her developing child. The government has a duty to protect innocent human beings from harm. That’s why so many laws exist in an attempt to prevent assault, murder, and harassment.

“What’s the point of rule of law? What’s the point of law in a society?” asked Rose. “It’s to protect the weak, right? The strong can care for themselves, but the weak are vulnerable. They need the support of the law and the law should protect the first human right of course which is life. The right to live, to not be killed in a violent abortion.”

Sen. Jackson also responded to the man’s comment, stating, “The gentleman asked the question about legislators making decisions, and the truth is, we do it every day. We’re elected by the people. I made a decision wholeheartedly as a whole-life Democrat to support Medicaid expansion and brought a bill every year that my Governor wouldn’t sign … until the point where we got a pro-life Democrat in office who would. He considered that a part of his pro-life stance – to make sure that people had access to affordable health care.”

Abortion and the suicide link

Rose also mentioned the link that exists between suicide and abortion. “Abortion is violence against a child. It’s not health care. It traumatizes women. It’s killed over 60 million children since Roe was decided,” she explained. “In the year after a woman has an abortion, she’s 150% more likely to attempt suicide according to numbers from the state of California.”

Dr. Phil was quick to deny this statistic, yet, a study published in Southern Medical Journal supports Rose’s claim. Researchers examined death records linked to Medi-Cal payments for births and abortions for approximately 173,000 low-income Californian women and learned that women who had abortions were almost twice as likely to die in the following two years. Over the study’s eight-year period, women who had abortions had a 154% higher risk of death from suicide.

There’s a misconception that pro-life individuals only care about babies before they are born and do nothing to support them or care for them after birth, and this common misconception was discussed in the episode. One audience member, Corrine, told Lila, “You say you’re pro-life but banning abortion hurts so many more people in the long run. So many more people. If you were really pro-life you would be caring about these long-term ripple effects.”

Dr. Phil defended Live Action, saying that the organization “is proactive about helping these children once they are born in terms of education and supporting them in the home and matching them to resources and have been for a long time, so it’s not like, ‘I want to push this baby into the world and then disappear,'” he said. “That’s the last thing that y’all do so I wanted to make that point.”

Arnall shared what the Right to Life League does to help women and children in California. “We are the first pro-life organization. We were founded in 1967 long before Roe v. Wade, and what we do is, we help pro-life centers, clinics, and maternity homes all up and down the state of California so that they keep their doors open. Everything that they offer to women to help them choose life and to support them afterward with housing, with caring, everything and anything they need that’s what the Right to Life League does. It is actually hurtful and insulting to say we’re pro-birth and not pro-life.”

Likewise, Meeth explained that most women having abortions don’t really want abortion. “Seventy-five percent of women seek abortion due to economic hardship, according to the Guttmacher Institute,” she explained. “That is harrowing and that should awaken all of us. Before I worked at Democrats for Life, I actually worked at a non-profit that financially assists abortion-minded women. These women felt like they didn’t have an option [other than abortion]. They felt like due to their circumstances they could not keep their baby. … They would… tell me, ‘I don’t feel like I have a choice.’ So we would help them pay their rent, their groceries, their utilities, their transportation during and after pregnancy. We have to be pro-life for the whole life and that’s our motto at Democrats for Life.”

All the debating in the world doesn’t change the simple fact that abortion ends a human life in the earliest stages of development. Rose encouraged everyone watching to find out what actually happens during an abortion because at the end of the day, innocent humans are being slaughtered over 2,500 times a day in the United States alone when there are non-deadly solutions to help women choose life with confidence.