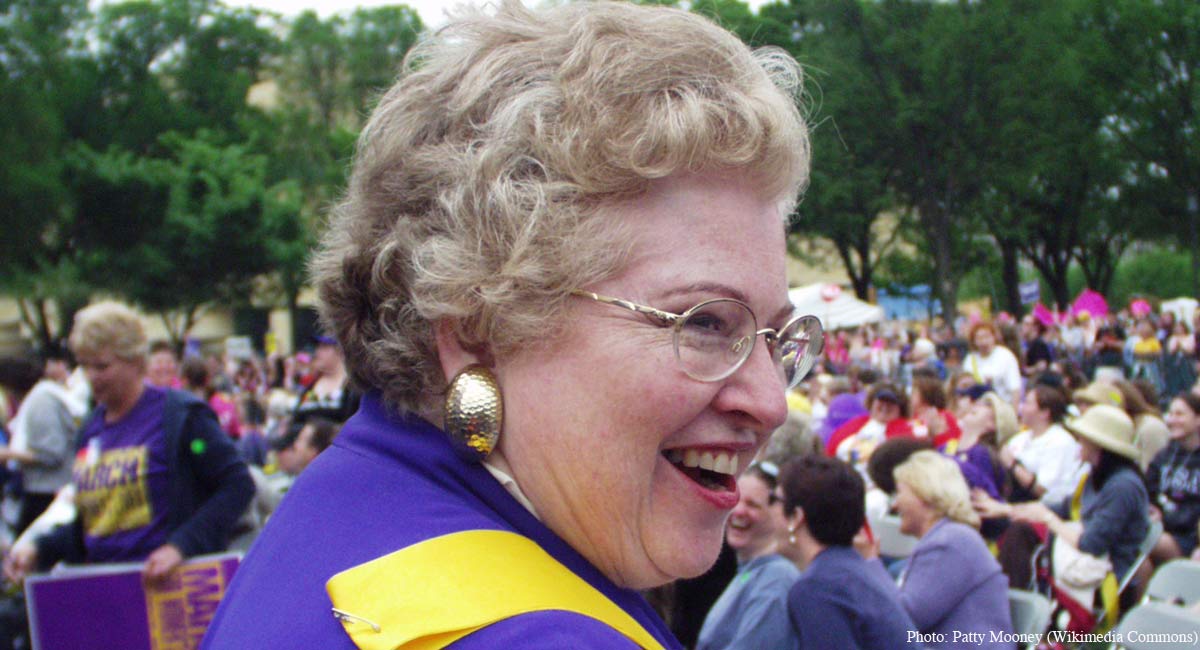 Confirmation hearings are underway for Brett Kavanaugh, President Trump’s nominee to replace Justice Anthony Kennedy on the Supreme Court. This has spawned near hysteria among abortion advocates, who must now contend with the possibility of Roe v. Wade being overturned, possibly returning the decision on abortion back to individual states, as it was pre-Roe. Joining in the fear-mongering is Sarah Weddington, one of the attorneys responsible for Roe v. Wade.

“I think the administration is trying to make people think Kavanaugh will not turn over Roe v. Wade,” Weddington told Glamour magazine, dismissing that Kavanaugh has said he will abide by precedent. “The problem is he couldn’t overturn Roe as a lower court judge. But he can as a member of the U.S. Supreme Court.” Weddington is spreading the familiar narrative of women resorting to dangerous abortions if Roe is overturned:

For several years now I’ve talked about how my biggest worry is who is going to be on the Supreme Court in the future. You’ve got four judges who are not going to diminish or overturn Roe v. Wade. But you need five… . I think Kavanaugh would enter the courtroom to hear a case against Roe with the determination to help overturn it….

People are already starting to think about, OK, how do we find the money for people with very few funds to get from where they are to a place where it’s legal to have an abortion? Over a period of months you could certainly have women desperate to find a place to get an abortion and, I’m afraid, turning to self-abortion or illegal abortion someplace.

But should anyone really be listening to the woman who, according to Norma McCorvey, the “Jane Roe” of Roe v. Wade, lied about McCorvey’s pregnancy, and manipulated her?

Weddington claimed that McCorvey had been raped in an effort to make the case more sympathetic, but McCorvey stated later she had never been raped. She also never sought an abortion, instead placing her child for adoption, and never even entered a courtroom. Weddington never even bothered to notify McCorvey after winning the case; McCorvey found out after the decision was printed in newspapers.

When McCorvey became pregnant with her third child, she asked her doctor to put her in touch with someone who could help with adoption. Instead, he referred her to Weddington and Linda Coffee, who needed a vulnerable pregnant woman they could manipulate into signing the paperwork they needed to get their court case started. “At that time, I was a street person,” she said. “I lived, worked, and panhandled out on the streets. My totally powerless circumstance made it easy for them to use me. My presence was a necessary evil. My real interests were not their concern.” McCorvey said:

Weddington said she was “disappointed” when McCorvey became pro-life.

While Weddington correctly argues that women face pregnancy-related injustices, she did not argue her case to remedy those injustices. Instead, she betrayed her fellow women — including Norma McCorvey — and merely said women should have the right to end a pregnancy, which would make the “problem” go away… allowing the same injustices against pregnant women to continue.

Women know this, and they know that abortion has not solved their problems; after all, as Weddington complained, the pro-life movement has only grown stronger since Roe v. Wade was decided. Rather than deriding pro-lifers and expressing disappointment in Norma McCorvey, Weddington might do well to do a little introspection and consider why it is that so many are still horrified by legal abortion.